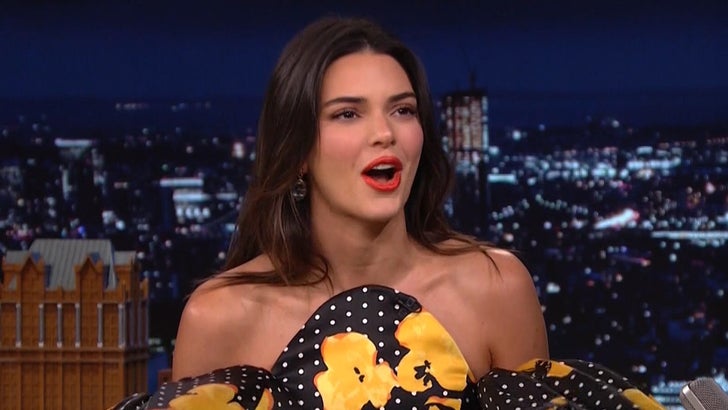 Kendall Jenner says she found out about Kylie‘s pregnancy the old school way … with a phone call.

The model/entrepreneur told Jimmy Fallon on the ‘Tonight Show’ Kylie simply called her and showed her a picture of her sonogram. Kendall said she wasn’t really all that shocked at the news but definitely was excited for her.

As you know by now … Kylie confirmed baby No. 2 is on the way with a video documenting the first stages of her pregnancy. She posted the video on social media and it showed her going to the doctor with Stormi to get an ultrasound.

The video also showed the moment she delivered the news to her mom, Kris Jenner. Ever since the announcement … Kylie, who was cooped up pretty much the entire time before making the big announcement, has not stopped showing off her baby bump.

Kendall, who also talked a bit about her tequila brand, shared some scoop on her NBA star BF Devin Booker‘s relationship with the fam. Kendall says he and Stormi have a special bond that actually makes her kinda jealous.