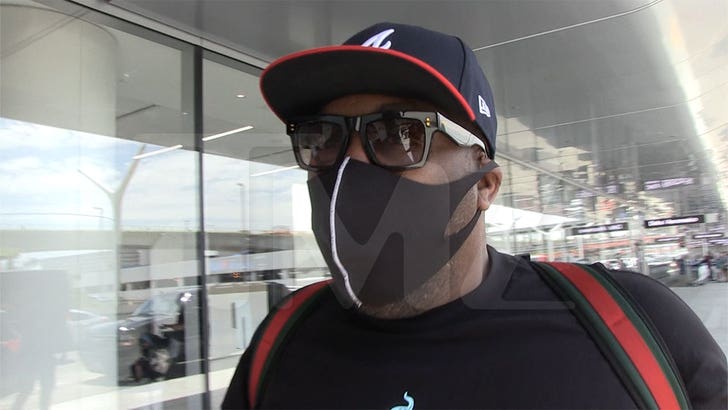 Killer Mike says giving scores of nonviolent drug offenders clemency is a great first step — but suggests what we should do next is … let them sling again, on the up and up.

The entrepreneur and MC gave us a radical idea when we asked him what he thought about the Biden administration cutting loose 75 convicts — all of whom were serving lengthy sentences for drug offenses, be it possession, intent to sell or just straight up peddling.

Mike tells us … yeah, that’s great — but we can (and should) do better to pay these people back for crimes they probably shouldn’t have been in the joint for in the first place.

As for how, KM says those who were put away for selling drugs that are now legal — aka, marijuana — should actually be plopped at the front of the line for dispensary licenses … meaning, we the people should let them hop back into the drug trade immediately.

That might sound a little backwards, but check out his rationale … Mike’s actually making sense here, especially since our laws and views on this type of stuff have evolved.

BTW, he’s got a lot of creative ideas like this documented on different TV series of his, including one on Netflix called ‘Trigger Warning’ and another one called ‘Tumbleweeds.’