Kourtney Kardashian and Travis Barker Engagement Could Be Around the Corner

Wedding bells? Kourtney Kardashian and Travis Barker‘s whirlwind romance may be getting even more serious soon, a source told Us Weekly exclusively.

“An engagement could be right around the corner for Kourtney and Travis,” the insider revealed to Us. “The engagement would be very over the top since Travis loves impressing her. I wouldn’t be surprised if it took place at their favorite place in the world, Disneyland, in front of the kids and family.” 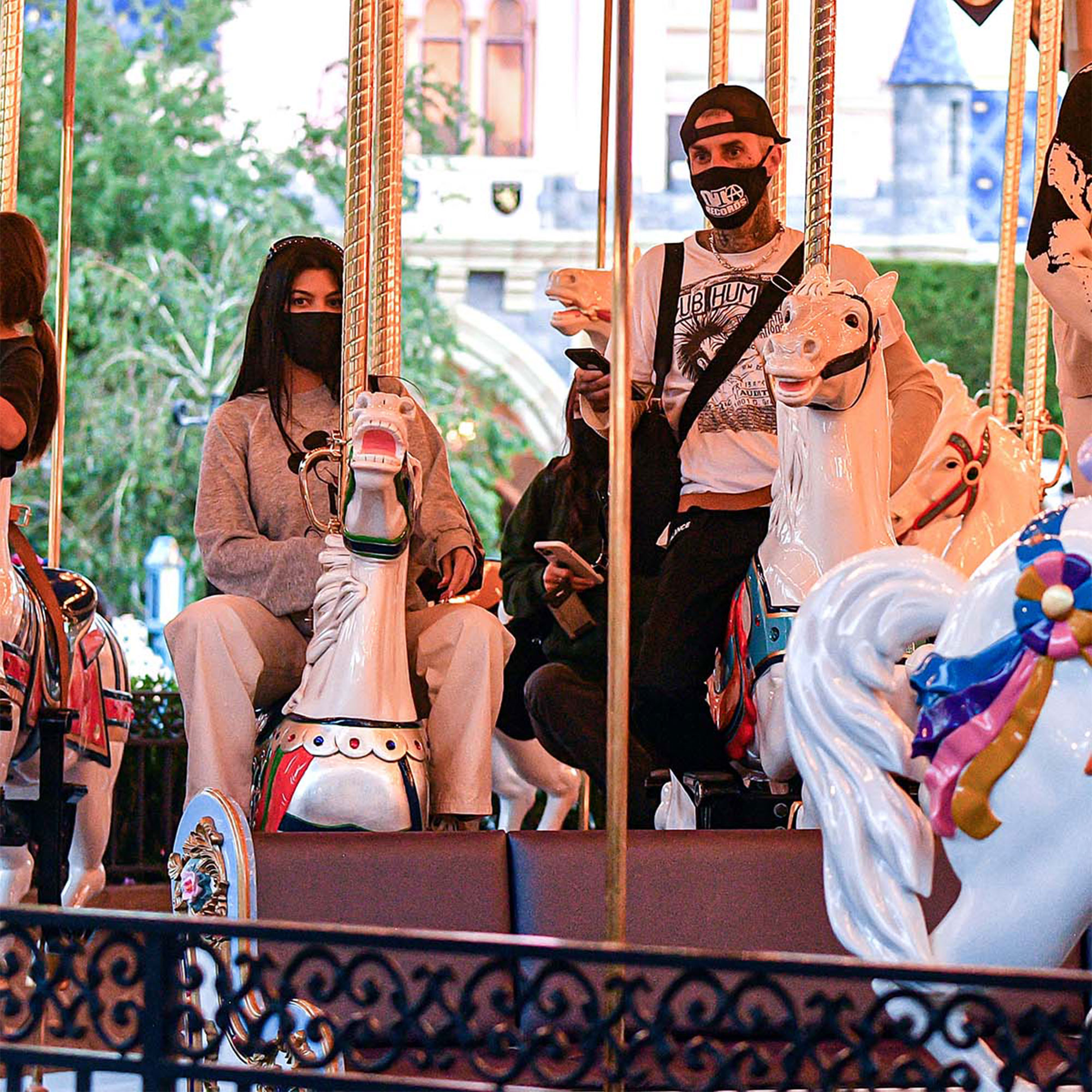 The pair, who started dating in late 2020, recently took a trip to the Anaheim, California, theme park in May with all of their children. Barker, 45, took his son, Landon, 17, and daughter, Alabama, 15, whom he shares with ex-wife Shanna Moakler. Atiana De La Hoya, 22, Moakler’s daughter from a previous relationship, was also with the group. Kardashian, 42, took her three kids, Mason, 11, Penelope, 8, and Reign, 6, whom she shares with ex Scott Disick.

The Blink-182 drummer shared on social media a glimpse of the family outing.

“Happiest Place On Earth 🌍,” he captioned a compilation of photos via Instagram at the time. The pics included the couple holding hands while riding the carousel together, as well as sweet photos of his children.

The Keeping Up With the Kardashians alum also showed off her devotion to her new man with an interesting photo of a vial filled with his own blood earlier this month.

The Poosh founder reposted the pic via her Instagram Stories after Barker originally shared the snap. Kardashian added a black heart emoji in her own post. 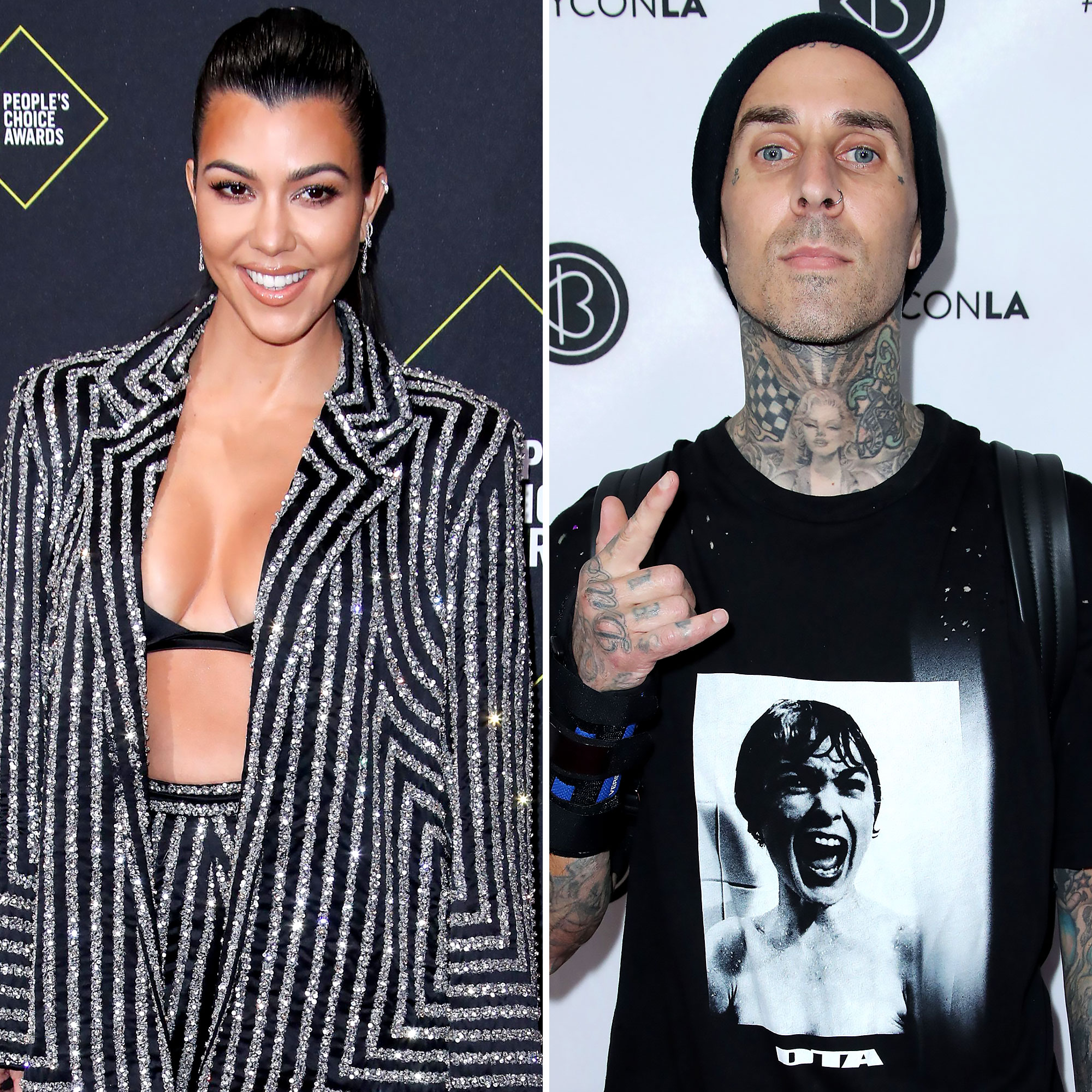 Not everyone understood the context of the edgy display of affection from Kardashian to her boyfriend, with Kris Jenner weighing in on what she thought was happening.

“Here’s the thing. I don’t know what that means,” she joked during an On-Air With Ryan Seacrest appearance on June 10. “I’ve got to have a little chat with Ms. Kourtney and find out what’s going on.”

Everything the Kardashians Said About Kourtney’s Relationship With Travis

While Jenner, 65, isn’t completely aware of what the social media post meant, she did add that she approves of the twosome and their relationship.

Jenner isn’t the only one in the Kardashian family that has publicly approved of Kourtney’s romance with the record producer.

“Sometimes an emoji says it best. ❤️❤️❤️,” Kim Kardashian commented on Barker’s Instagram post of him and Kourtney intertwined in April. Khloé Kardashian wrote “The Duke and the Duchess!!!!!!!!!!! Bridgerton vibes,” on a photo of the couple that same month.