FOX Business host reflects on the history of labor day, gives his thoughts on labor unions and slams Biden’s anti-work policies on ‘Kudlow’

Labor Day is here so this show is about labor in America, our beloved workforce, especially the middle-income, blue-collar folks who literally have made this country great. They make our businesses work. They produce our goods and services.

They are also the brave military people who defend our nation and our freedom in all parts of the world. American workers built this country and today, even though they are often ignored by the current administration, these working men and women of all colors are the heart and soul of America.

They built this country. They defend the country and their values remain the bulwark of our country.

The first U.S. Labor Day was September 5, 1882. I was there. It was a beautiful day. By 1894, Congress passed an act making the first Monday in September of each year a federal holiday.

President Grover Cleveland signed it into law. Cleveland, by the way, who was a free trader, a firm supporter of the gold standard, and a slayer of excess government spending, is one of my favorite presidents.

Here in 2021, Labor Day should not be confused with labor unions.

Private-sector unions have fallen to only 6%. Government unions, which is really what drives today's union movement, is holding at about 35%.

JEFF RHODES: ON LABOR DAY, IT'S WORKERS WE HONOR, NOT THE UNIONS THAT EXPLOIT THEM

Some of the great early leaders of the private company unions, people like Samuel Gompers and then way later George Meaney, Lane Kirkland, James Hoffa, these were great patriots, strong anti-communists in their day. They bargained for higher wages and benefits but they did not hate business.

For the most part, labor leaders after World War II were conservative democrats with strong family values, church-goers, and they knew that if the businesses went bankrupt their jobs would be lost.

Today, it's the government unions that run the Democratic Party—especially the teachers union but also many others. They dislike the private sector and free enterprise. In the main, they hate business.

They have gone completely woke and really formed the backbone of the far-left progressive wing of the Democratic Party, which is the driving force in today's Democratic Party. 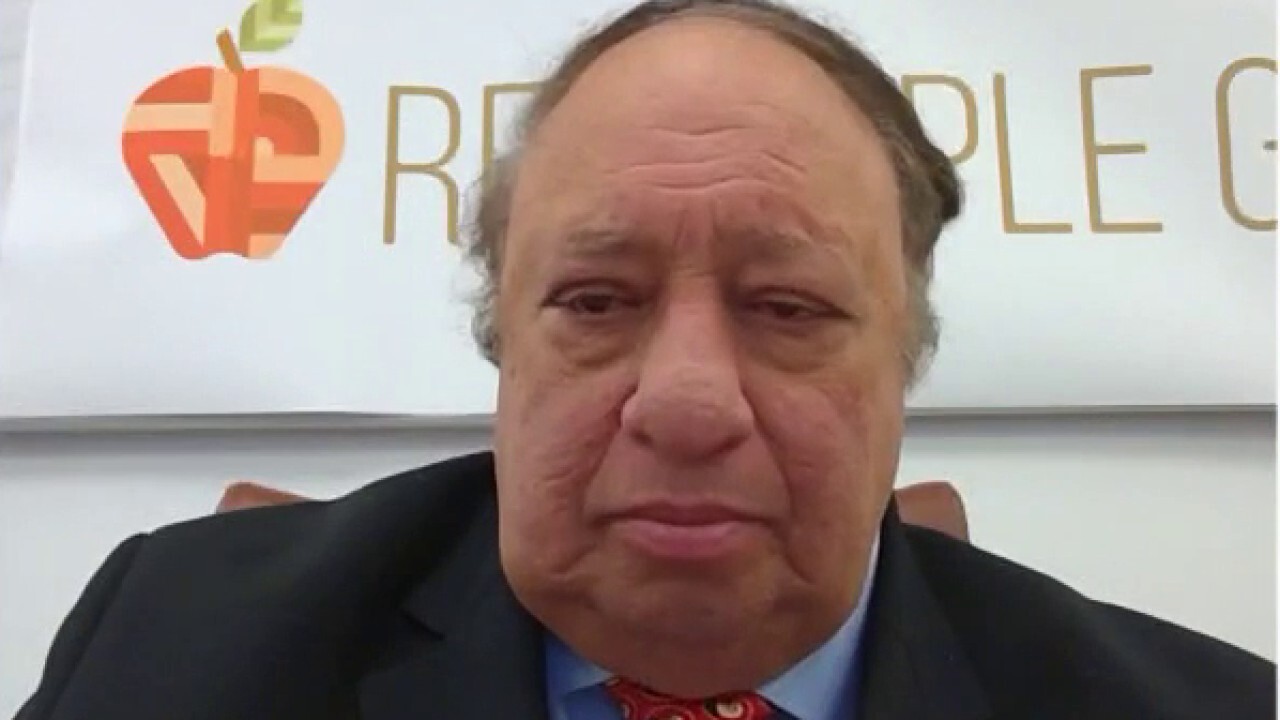 It's too bad it has to be this way, but it is this way. These government unions live off the public taxpayers' trough.

They love more government spending to line their pockets and cheer higher and higher taxes on the very geese that lay their golden eggs because without successful taxpayers (i.e. men and women in business, ordinary middle-class blue-collar folks) these government union people wouldn't get paid. Think of it.

I have big beefs with this crowd, but none bigger than my beef with the teachers' unions. Their behavior in the last few years has been abominable.

They don't want to teach. They just want to get paid. They mock the towns and school boards and parent groups that are meant to run our education system. They oppose school choice, charter schools, religious schools and home schools because they know they can't compete with them.

They threw temper tantrums during the pandemic every time it seemed the public was going to force them to actually teach in the classroom. They're still complaining and following non-scientific ideas that are all about politics, not health, and then when they do teach, they teach crazy things like critical race theory—based on crazy, anti-historical ideas that our founders and any other White people is a perforce white supremacist.

I suppose they're going to have to be part of Labor Day, but I wish they weren't, but meanwhile, the bigger picture regarding America’s 154 million workers is not good. I’m very glad they're going back to work as the economy has opened up and the unemployment rate is down to 5.4%.

RESIDENTS IN ONE STATE GETTING ANOTHER ROUND OF STIMULUS CHECKS

That's wonderful but right now, the whole thrust of the Biden administration's economic and social policies is anti-work.

Their $6 trillion spending package, massive across-the-board tax hikes, huge central planning regulatory burdens, great society type government welfare dependency, bankrupting Medicare, attempts to force unionization wherever the federal government touches the economy, which is virtually every nook and cranny, their disregard for the benefits of legal immigration and clear borders to protect us—all this is all about redistribution.

There's not one iota of job creation or growth or prosperity in these Biden plans. In fact, groups like the Tax Foundation, the University of Pennsylvania/Wharton economic model and the NAM-Rice University models show that the Biden go-woke, go-broke plan will lose millions of jobs while depressing GDP and sinking our capital stock.

If this stuff goes through, the stock market will suffer enormously along with the economy. Ironically, the government unions and the teachers who hate free enterprise business are among the biggest beneficiaries of the booming stock market and the corporate profits behind it. Their pension funds are roughly 70% invested in stocks.

This crowd loves big government socialism. They hate free enterprise capitalism, but they are living off the gains from that very free-market capitalist system.

Profits are the mother's milk of stocks and the lifeblood of the economy. Tax them away, as per the woke Bidens and you are devastating the economy and its workforce.

That pursuit of happiness includes rewarding success, not punishing it. That pursuit of happiness includes an equal opportunity at the starting line of life's endeavors, but not equality at the finish line—to that finish line we are guided by our God-given talents to work, to prosper, to protect our families, to protect our country.

I believe the old-time labor leaders would agree with most of what I’ve said. Not all, but most. Unfortunately, today's government union leaders and the Biden administration they support probably don't agree with a single word I’ve said.

So you know what folks, I’m going to invest my optimism in the good, common sense of our immensely practical and much smarter than you think middle class, blue–collar, old fashioned workforce.

They've brought us this far, with a few glitches here and there, but somehow, they managed to pull us through even though they seem to never get credit for it.

As a confirmed optimist, I’m going to bet on them again and when it comes to thinking about Labor Day it is they who I think of first and foremost.

This article is adapted from Larry Kudlow's opening commentary on the September 1, 2021 edition of "Kudlow."