Where are the reality TV cameras when you need them? Kyle Richards and Lisa Vanderpump continue to tell different stories about their recent run-in at a Los Angeles restaurant after reports surfaced that the Vanderpump Rules star sent her dinner bill to her former Real Housewives of Beverly Hills costar’s table.

“I was at dinner with one of our producers and she sent a bill over and, you know, she later said — ‘cause she likes to look at Twitter and all that and see what people who don’t know us say — and everyone thought, ‘Oh, you couldn’t take a joke,’” Richards, 52, began on Watch What Happens Live With Andy Cohen on Wednesday, May 19. “She never speaks to me when I see her, and I say hello to her. Every time I see her, I go up, I’m polite. And the last time she was so rude that this was actually the first time I didn’t go up to her table.”

While the former child star noted that she doesn’t “doubt” Vanderpump, 60, “eventually” paid her bill after she learned Richards didn’t, she said the “most important part” happened after the SUR owner left the restaurant.

“When she left dinner, she went outside and there was a fan who collects autographs and he asked me to sign some Halloween posters and he had a Real Housewives picture that he wanted all the cast to sign and [Lisa] Rinna had already signed it,” Richards continued. “Vanderpump put exes through all of our faces and mustaches and crossed us out and put a heart next to her name and signed it and ruined his photo. That’s the real story. She’ll put a spin on it.” 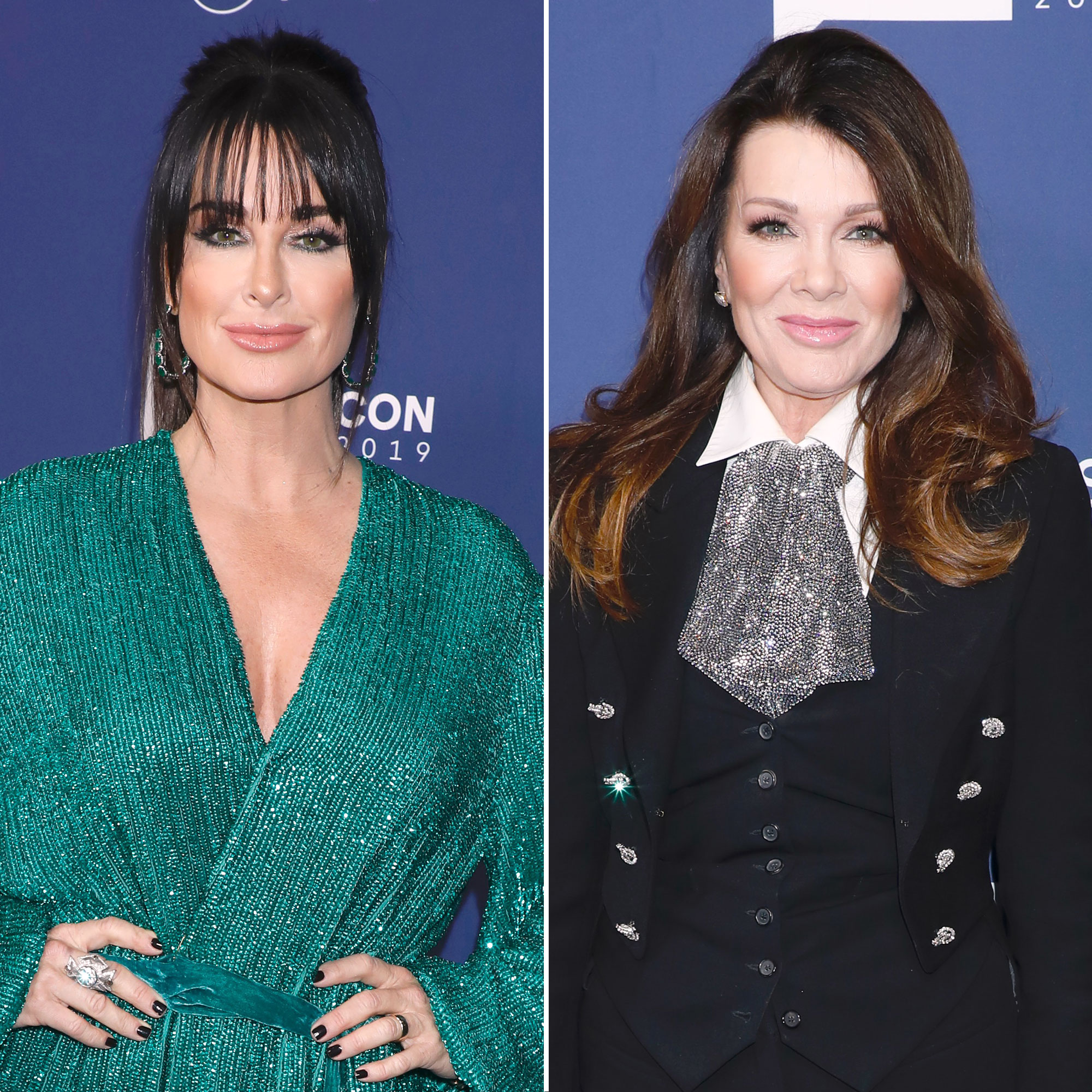 After the story and alleged photo surfaced via Instagram, Vanderpump fired back.

“I didn’t think I’d have to produce it, but here is the proof I paid the restaurant bill. Ken and I also gave the wonderful server a $40 tip in cash and the delightful hostess $15 for seating us so quickly,” the Overserved host told the Daily Mail on May 14. “This once again reinforces why I left the show as Kyle can’t be trusted to tell the truth, and she most certainly can’t take a joke.”

Richards and Vanderpump’s ups and downs were documented on nine seasons of RHOBH before the Pooch Perfect personality quit in 2019 amid a feud with the cast over leaking a story about Dorit Kemsley’s dog to the media.

“I left because I was very, very, very unhappy and I didn’t appreciate being called a liar,” Vanderpump explained on Us Weekly’s “Getting Real With the Housewives” podcast in March. “To accuse me of selling a story, when you never get stories come out of my restaurants, you know, so it was such an insult to me. It was about my heart, it was about the Vanderpump Dogs Foundation, which was something that was born out of complete compassion and my passion project. I just thought, ‘I’m done with it.’”

That same month, Vanderpump told Andy Cohen that she would “look for the escape panel” if she was locked in an elevator with Richards.

“Then maybe ask if I could stand on her shoulders,” she quipped. “What is there to say? The only thing to be said is … it’s got to start with an apology. If someone calls you a liar, it’s not OK with me.”