Larry King's Son & Daughter Die Within 3 Weeks Of Each Other

This is so, so tragic.

Losing one child in a lifetime is unimaginable, but to lose two within weeks of each other?! This is the current reality for Larry King, who lost his son Andy and daughter Chaia within just three weeks of each other on July 28 and August 19, respectively.

One of King’s grandchildren, Jillian, spoke with DailyMail.com about the double tragedy, explaining that the 86-year-old was unable to travel from Los Angeles due to the pandemic, and had to watch his son be buried in Florida via video:

“Everyone’s feeling pretty bad and broken. Larry is really hurt and upset. He was very sick last year. His kids were all taking very close care of him. He’s upset that he’s lost them now.”

Jillian described the shock she felt when she heard the news of her father’s sudden death, which came after the passing of her father-in-law the same month:

“I was out of town because my husband’s father had passed away so we were up in Kentucky taking care of his funeral when I heard the news. My dad passed away July 28. We’re assuming it was a heart attack but there wasn’t ever an autopsy. I was in disbelief when I heard. Chaia, with everything she was going through, was more expected. At least we had time to prepare. But there was no warning with him. It was a shock.”

WOW! We can’t even imagine.

Andy, full name Louis Andrew King, was adopted by the legendary TV host and his wife Alene Akins in 1962. The couple divorced in 1967, but later remarried from 1967 to 1972, during which time they welcomed daughter Chaia in 1969. King has three other children: 58-year-old Larry Jr. with second wife Annette Kaye, and 21-year-old Chance and 20-year-old Cannon with wife Shawn King. 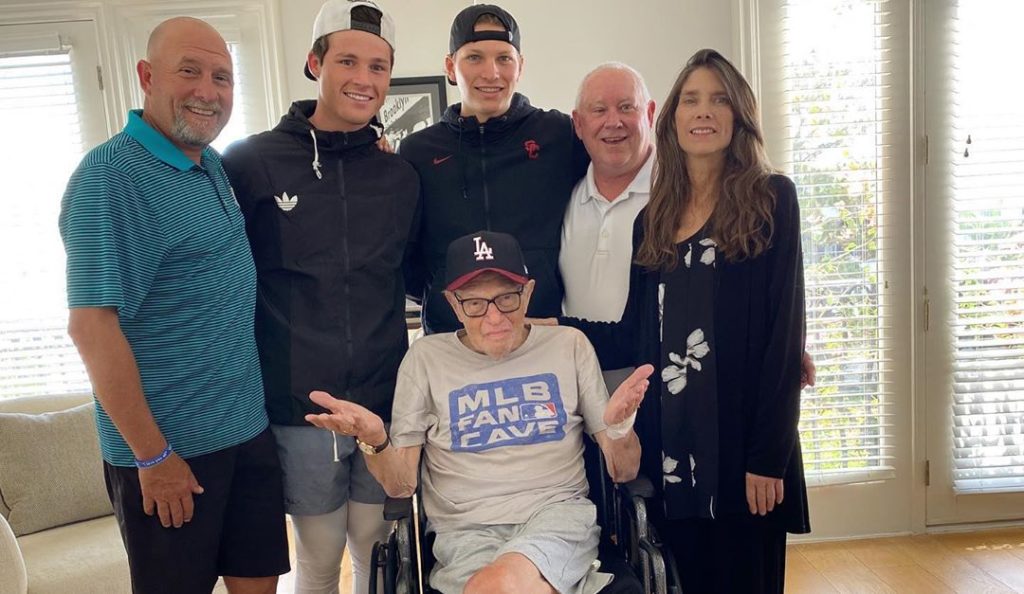 Jillian says her father was “always optimistic,” adding that both Andy and her aunt were “wonderful.”

“We were all at his sister’s house the Wednesday before he passed. It was just a happy family gathering. When I left, he told me he loved me and he’d talk to me soon. They were both such wonderful people. They were lucky to be together in the end. He was always optimistic, always wanting to take an adventure. Larry was his father, he saw him quite often. He did a little bit of everything. He got a pilot’s license for fun and used it for drone footage. He was a chef, a videographer, an agriculture specialist, everything.”

The bereaved daughter also spoke fondly of her aunt, who had battled lung cancer, like her mother:

“She loved animals, she loved to travel, she loved people. She had a very strong faith belief. She was close to Larry. Chaia had been battling cancer for a while. It was just her time I guess. She picked to be buried how her mother was buried, in the same cemetery next to her with a natural burial as well.”

A source close to the National Radio Hall of Fame inductee claims he is “truly devastated” by the unexpected loss of his children:

“He barely survived last year through his own ill health; now he’s lost two kids just weeks apart. They came to visit for Father’s Day . It was the last time they were all together and Larry will always cherish it.”

Cannon, King’s youngest son, reflected on the loss of his older siblings with a heart wrenching carousel of images on Instagram, posted on Thursday:

This past month has been very difficult for myself, my family, and especially my Dad. A couple weeks ago my brother Andy unexpectedly passed away. Then, late last night my dear sister Chaia peacefully passed away in her sleep due to lung cancer. — Andy has always been such a strong influence in being so lovingly optimistic. I have NO bad memories of Andy. Neither does my Dad. He embodied what it is to live life to the fullest and cherish every moment. I will miss him so much. — Chaia was never bothered by fear and was so positive and faithful. She loved her family and had a great love for animals. Anytime Chaia was around, we were happy. We created fun traditions and never forgot to express our love for each other. I LOVE her so much. I love them both so much and as DIFFICULT as this is I have a STRONG feeling that Andy may have left this earth because his sister would need him more than we would here. They have such complimentary strengths and I KNOW they are embracing each other right now. — I’ve learned a lot in a short time. It is still hard to wrap my head around this tragedy but what I can do is give my thoughts and counsel to any and everyone who have loved ones. Whether friends or family, please do not take for granted opportunities to show love for one another. See opportunities for service as opportunities to strengthen your relationship with those you’re serving. I love many of you who are reading this and once again, CHERISH your family and/or friends. I’m so thankful for these two people who’ve made such a great impact on my life. — Alma 26:37 : “Now my brethren, we see that God is mindful of every people, whatsoever land they may be in; yea, he numbereth his people, and his bowels of mercy are over all the earth. Now this is my joy, and my great thanksgiving; yea, and I will give thanks unto my God forever. Amen.”

Sending out the deepest condolences to Larry and his family after this unthinkable loss.