Kudlow gives Biden advice on how to improve vaccination rates

‘Kudlow’ host weighs in on the national vaccine push

So, the CDC has revised its mask guidance. I betcha this creates more confusion than clarity.

It's an advisory, not a mandate. In fact, the federal government does not have the authority to mandate.

The question is: how many blue states will jump on this and (Lord help us) how many of them are going to shut down their economies?

Masking is not an economic threat. Shutdowns will doom us. Frankly the country can't take another broad-based shutdown. For my part, I think we need more vaccines and not more masks.

President Biden has fallen slightly short of his 70% adult vaccination goal, but I’m not going to jump on him for that. It's in the high 60s and when you add natural immunity from prior COVID cases, probably 85% of adults qualify for herd immunity.

Now, the Delta strain problem is centered on the unvaccinated— as we know— so I have a proposal.

First, President Biden should call former President Trump and thank him for coming out four square in favor of vaccinations, as the former president has unequivocally, unambiguously. 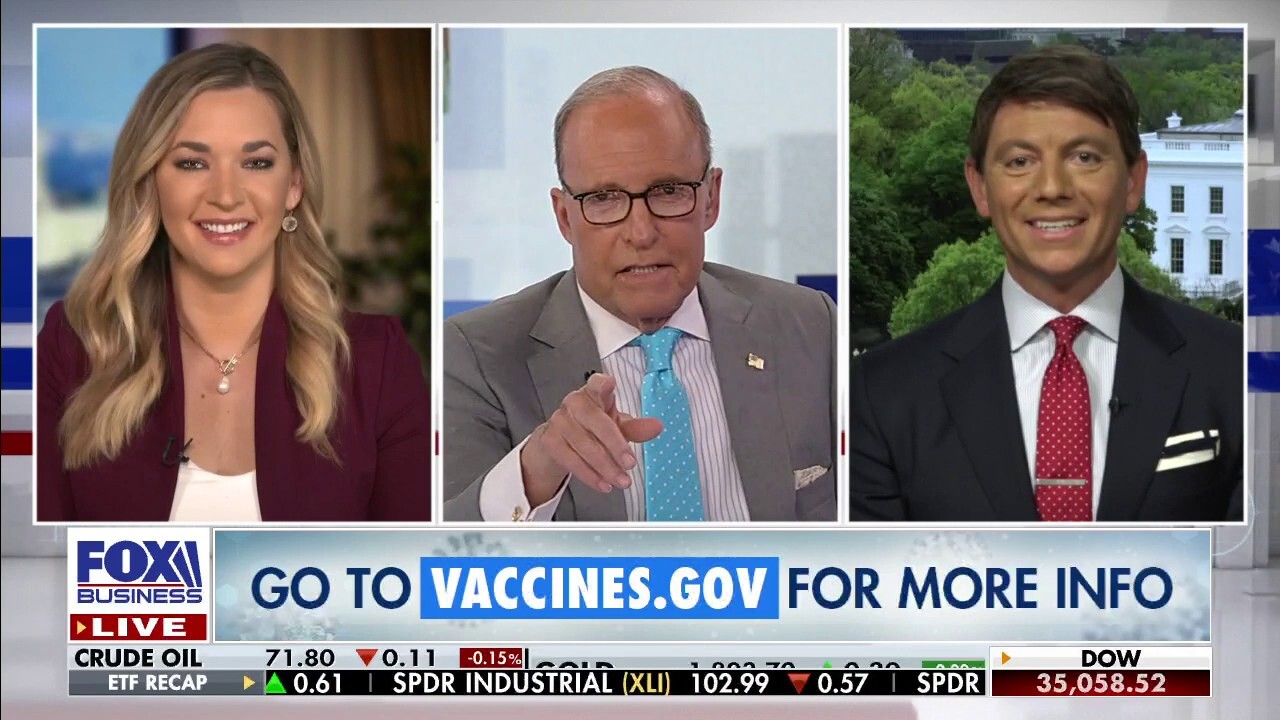 Of course, President Biden could finally publicly acknowledge the success of Trump's Operation Warp Speed and the Trump vaccination that probably saved the country.

At a minimum, President Biden should recruit President Trump to help in the public call for vaccination.

So, to quell the Delta problem— by the way fatalities are not only one-tenth of what they were last February— Mr. Biden should recruit as many highly visible folks to join him to get the rest of America vaccinated.

Let’s not worry about school kids or teens, because they're not the problem. It's adults 18+ years old.

We can do this. Show some cooperation. Reach out for— dare I say it— unity.

By the way, because President Trump has already been helpful in making the case for vaccinations and would surely agree to greater public service for the current president, all these media platforms like Twitter, Facebook and all the rest should re-open Mr. Trump's accounts so he can make the case to hundreds of millions of people who listen to him on a daily basis.

Bury the hatchet Uncle Joe. Work hard to spread the vax and knock down the Delta. Reach out to powerful voices among Blacks, progressives, Democrats, and Trumpers.

Am I asking too much? I don't think so. This is the way the US used to work.

Remember JFK and Ronald Reagan’s phrase: If not us, who? If not now, when? They were right.