There is no shortage of show business stories about television actors who seemed wonderful on-screen but were surprisingly difficult to deal with off-screen (Brady Bunch actor Robert Reed comes to mind).

In the case of Leave It to Beaver’s Barbara Billingsley, this was not the case at all, according to actor Jerry Mathers, who portrayed her son Beaver Cleaver on the series. In fact, he says, she was just as nice as June Cleaver.

Much like June Cleaver, Billingsley was married with two sons when she learned about the role that would make her famous, she told the Television Academy Foundation (TAF). In the pilot, The Beverly Hillbillies actor Buddy Ebsen originally played Ward Cleaver and the show was not called Leave It to Beaver, but It’s a Small World.

Billingsley confessed that while she was auditioning: “I remember thinking, this is the dumbest thing I’ve ever done, I’m wasting their time. Because my husband and I were going to Spain, where he was directing a picture,” she recalled. “That was a Thursday.”

Her husband at that time, film director Roy Kellino, died soon after their trip of a heart attack, Billingsley recalled: “I lost him on that Saturday. And about six months later, I got a call from my agent [for Leave It to Beaver].“ 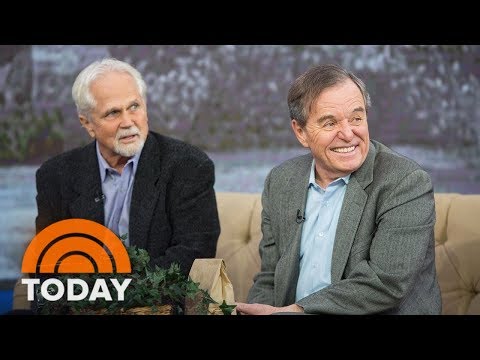 Billingsley’s Leave It to Beaver son Jerry Mathers in his own conversation with TAF, revealed that (next to his own mother) Billingsley, who died in 2010, was a very tight runner-up when it came to mother figures in his life.

“She is the nicest lady,” he said. “My mother of course is always No. 1 in my heart but Barbara Billingsley is very, very close because she is just so nice and she exemplifies being a lady. She is just the perfect lady, always so nice. She’s as nice as you’d think she would be if you met her, as she is on the screen.”

Billingsley will forever be known as June Cleaver

Mathers continued, lovingly recalling the actor who played his mother on the pioneering television series: “Barbara Billingsley was a New York model,” he said. “She had worked in a few other things but she was a very, very lovely New York model that came to Leave It to Beaver.”

For her part, Billingsley in her interview defended June Cleaver, saying that, although some viewers might have considered Mrs. Cleaver an unrealistic portrait of an American mom, she really was just like most regular mothers.

“She used to get teed off with the children,” Billingsley said of her classic show character. “She didn’t always refer to the father as far as punishing was concerned. But she was a loving, happy, stay-at-home mom, which I think is great.”