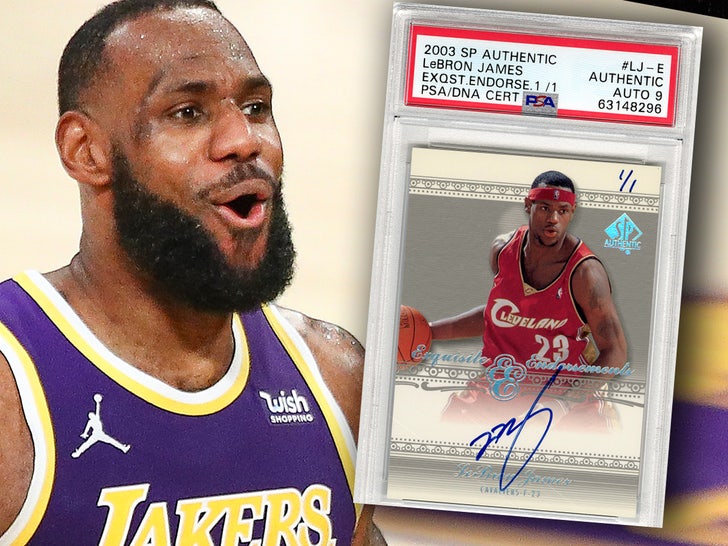 One of the most rare LeBron James cards EVER has just been put up for sale — a 1-of-1 autographed rookie card — and it can be yours if you got an extra $1.2 MILLION lying around!!!

There literally isn’t any other card like it in existence … plus, it’s in mint condition with a 9 PSA grade — after all, it was packed and saved for nearly 2 decades!! 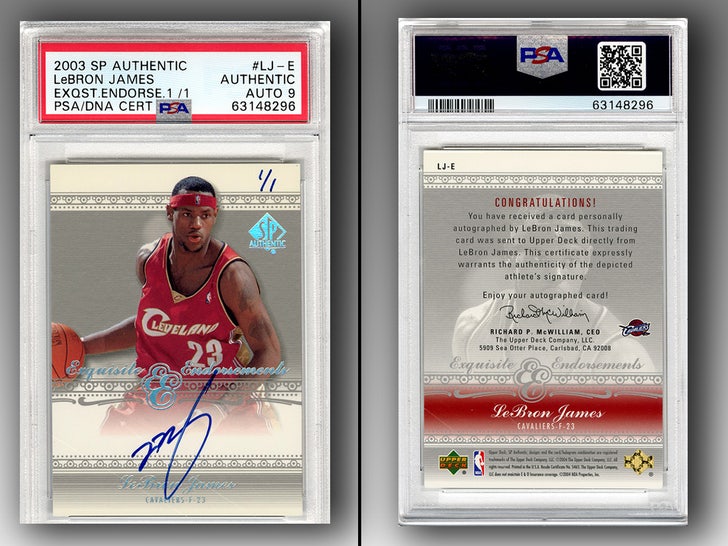 Gotta Love Rock and Roll Auctions tells us … “This may very well be one of his finest rookie cards ever printed, and it is the first time it has surfaced in nearly 20 years.”

That’s some serious coin … but LBJ’s rookie cards have been bankin’ in big money for the past year!