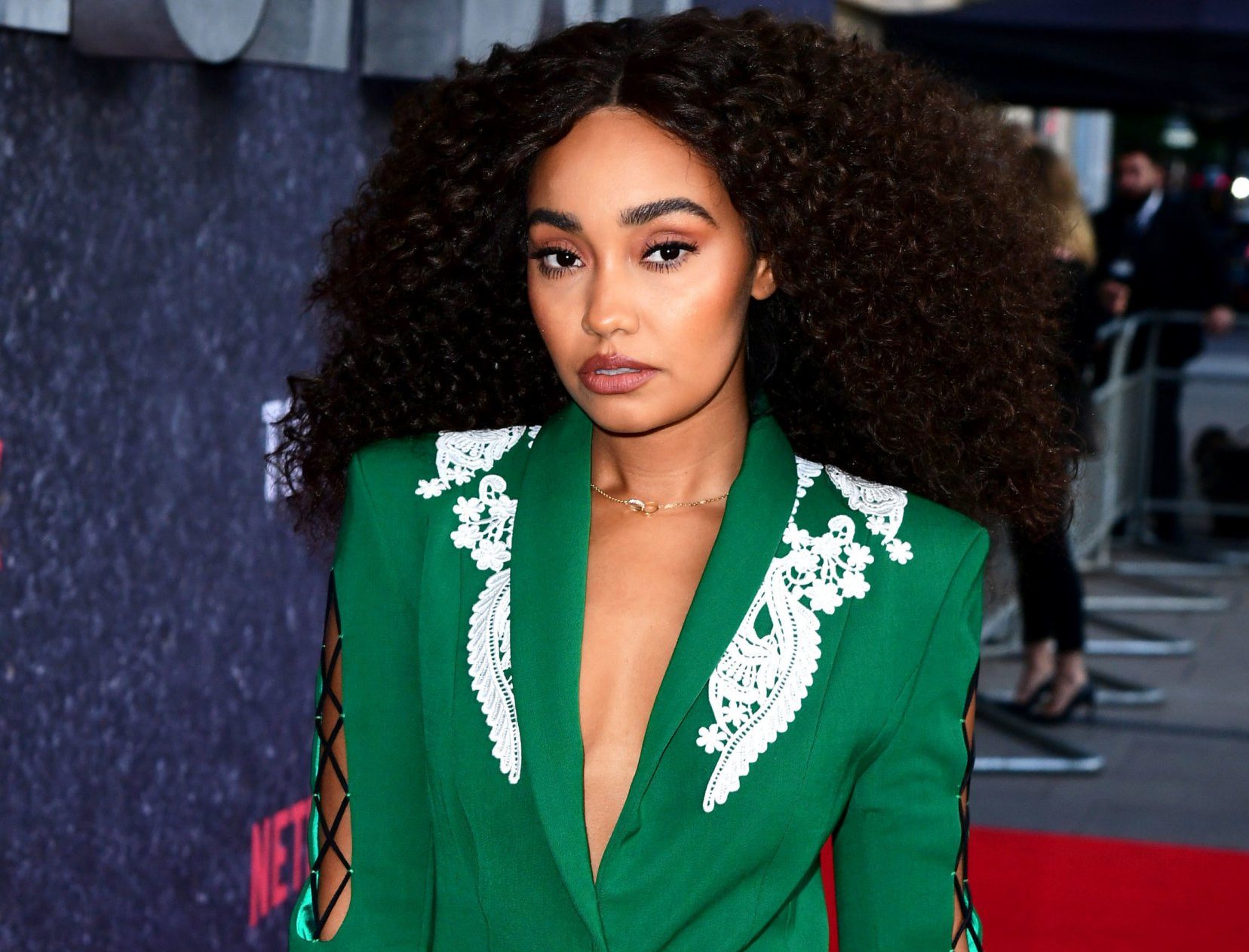 Following the loss, the trio have been subjected to horrific racist messages on social media – with Marcus speaking out over the reaction in a heartfelt statement on Monday.

Taking to Instagram, the Little Mix singer joined those condemning the reaction, and posted a poignant black-and-white photo of the players, beside teammate Raheem Sterling.

Alongside the upload, the Hair singer penned: ‘You can live here but be quiet. You can work here but not all of you. You can speak at the table but not too loud. You can play for us but you can’t lose.

‘Ladies and gentlemen I give you the Black British Experience. @marcusrashford @bukayosaka87 @sanchooo10 I stand with you 🖤.’

Fans and famous faces rushed to praise Leigh-Anne’s words, while also condemning the abuse the athletes have received.

Fleur East commented: ‘Wow! So sad that this is the reality. So so sad! Let’s keep talking about it. Lifting voices creates change.’

‘So proud of all of them. Stepping up to take a penalty takes so much courage,’ a fan commented. ‘Saka just 19 and was willing to put it all on the line.’

‘The disrespect and abuse these men were treated with after they worked and played so hard throughout this tournament is a joke,’ another agreed. ‘Show some respect PEOPLE.’

‘I stand with you always, it’s honestly horrible what people are saying and doing,’ a follower replied.

Leigh-Anne’s post comes after Marcus shared an emotional open letter over his penalty miss on Sunday, in which he explained that he felt he had let fans and teammates down.

‘I don’t even know where to start and I don’t even know how to put into words how I’m feeling at this exact time,’ he commented. ‘I’ve had a difficult season, I think that’s been clear for everyone to see and I probably went into that final with a lack of confidence.

‘I’ve always backed myself for a penalty but something didn’t feel quite right. During the run up I was saving myself a bit of time and unfortunately the result was not what I wanted.

‘I felt as though I had let my teammates down. I felt as if I’d let everyone down.

‘A penalty was all I’d been asked to contribute for the team. I can score penalties in my sleep so why not that one? It’s been playing in my head over and over since I struck the ball and there’s probably not a word to quite describe how it feels.

‘Final. 55 years. One penalty. History. All I can say is sorry. I wish it had gone differently.

‘Whilst I continue to say sorry I want to shoutout to my teammates. This summer has been one of the best camps I’ve experienced and you’ve all played a role in that. A brotherhood has been built that is unbreakable. Your success is my success. Your failures are mine.’

Addressing the disgusting racist response from some, he continued: ‘I’ve grown into a sport where I expect to read things written about myself. Whether it be the colour of my skin, where I grew up, or, most recently, how I decided to spend my time off the pitch.

‘I can take critique of my performance all day long, my penalty was not good enough, it should have gone in, but I will never apologise for who I am or where I came from.

‘I’ve felt no prouder moment than wearing these three lions on my chest and seeing my family cheer me on in a crowd of 10s of thousands. I dreamt of days like this.

‘The messages I’ve received today have been positively overwhelming and seeing the response in Withington had me on the verge of tears. The communities that always wrapped their arms around me continue to hold me up.’

‘I’m Marcus Rashford, 23 years old, Black man from Withington and Wythenshawe, South Manchester. If I have nothing else I have that,’ he concluded.