Rapper Lil Pump doubled down on his support of Donald Trump by attending the president’s campaign rally in Florida on Sunday.

The “Gucci Gang” rapper became notoriously pro-Trump after he took a look at Joe Biden’s tax plan and reasoned that he would end up paying more to the federal government under a Biden presidency due to his wealth.

Lil Pump posted two videos to his Instagram Story on Sunday showing that he was in the front row of the president’s recent rally in the swing state. The video opens with an excited-looking Lil Pump sporting a red “Make America Great Again” hat as he listens intently to Trump speak.

He then turns the camera to show the president at the podium during his rally before turning the camera back to himself to emit a gleeful laugh before ending the video. There's no one except what appears to be Secret Service agents between the rapper and the stage, implying he was given a front-row seat to the event.

The packed "Make America Great Again Victory Rally" took place in Miami-Dade County, which has been described as the coronavirus epicenter in the state. Some wore masks, while others disregarded the face coverings. 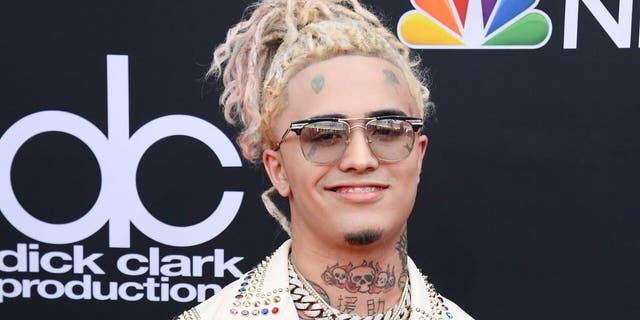 In his speech, Trump criticized Democratic presidential candidate Joe Biden, lockdowns, and insisted the pandemic was "rounding" the turn.

Lil Pump’s public support for Trump began last week when the “Be Like Me” artist took to Instagram to share a photoshopped image of himself shaking hands with the president. He captioned the picture, “THE DAY I MET TRUMP #trump202022020.”

The rapper followed up that post with a video shared on his Instagram Story in which he gave an expletive-filled explanation for his endorsement. He insulted the Democratic nominee noting that he takes issue with Biden’s plan to tax wealthy people, a category the artist believes he falls under. 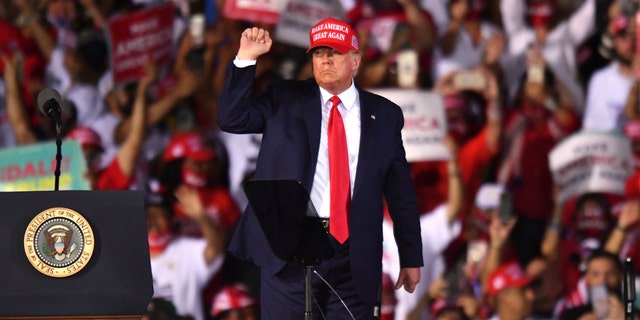 The video, which was shared by multiple social media users despite being removed by Lil Pump, also sees the rapper lambasting “sleepy Joe” and praising his Republican opponent one week before the 2020 race comes to a close.

The social media endorsement caught so much backlash that Lil Pump’s label, Tha Lights Global, issued a statement to Billboard noting that it supports its musicians’ rights to vote the way they wish, but noted that it backs Joe Biden and Sen. Kamala Harris for the White House.