Louise Minchin, 51, began her new charity initiative Big Bike In, at 5pm on Thursday, where she led thousands to ride 100 miles on a static bike. The fundraising appeal had raised over £5,000 in donations before her first pedal stroke, all in aid of Children in Need and Comic Relief.

Just a warning this is what happens if you take a phone call from me, you end up agreeing to doing something crazy

The fundraiser will help support local charities and projects across the UK so they can provide essential support to people who really need it during the coronavirus crisis.

Brought to life by indoor cycling app Zwift, the BBC presenter was joined by friends, top athletes and fans alike, with some covering the entire virtual 100 miles with her, and others just popping by to keep her spirits high.

Her co-host Dan Walker was also among those who volunteered to join her in her mission, but it seemed he didn’t really know what he was signing up for.

After the official BBC Breakfast account shared a video on Twitter of Dan planning his strategy for getting through the full 100 miles, Louise replied with a warning to others, admitting “this is what happens” when people receive a call from her. 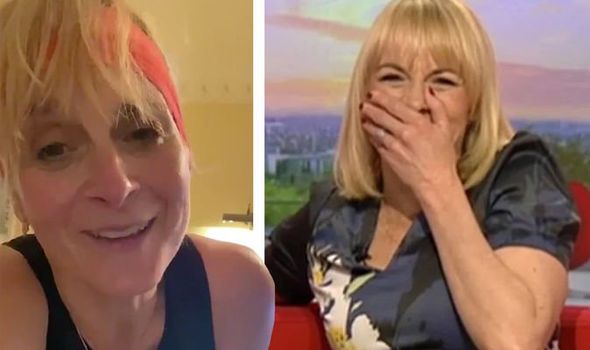 In view of her 183.9 followers, she wrote: “Just a warning this is what happens if you take a phone call from me, you end up agreeing to doing something crazy.

“THANK YOU @mrdanwalker and to everyone who is joining in, it might be painful but it is all for a good cause,” she gushed.

In the video, Dan explained how his participation came about.

“‘Dan, would you like to come and help out on my little bike ride?’ was how it started,” he began, recalling what Louise had said on the phone.

“‘Of course I would Louise, I’d love to support the Big Bike In as part of the Big Night In.’ 100 miles is what it became! 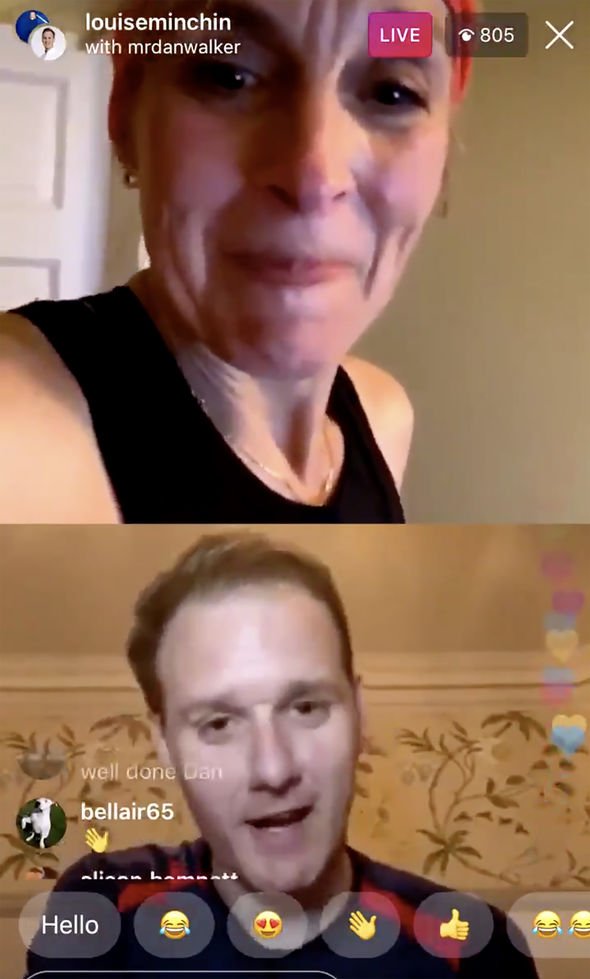 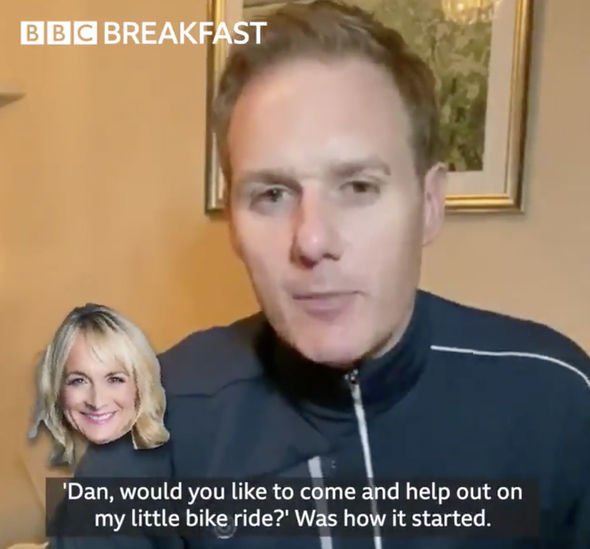 “Five hours of cycling and this is for someone who’s spent a maximum of 20 minutes at most on a bike in my entire life,” he giggled.

He then detailed the three things he’s drilled into his mind that were essential for him to see it through to the end, no matter how hard it got.

“Number one, the mental game. Got that one all locked down,” he said with a wink.

“Number two, nutrition – my specialty subject, although Louise is already furious that I’ve eaten the entire supply of mini eggs she gave me for an emergency. Number three, lubrication would you believe it!

“Again, Louise has given me a tub, no one likes to rub-a-dub-dub but I’m all over it!”

He thanked every one else who was due to join in on Louise’s initiative that saw world champions, triathletes, olympic gold medallists, Tour de France stars and hundreds of people at home hop on their bikes.

The BBC host broadcast her progress on both Twitter and Instagram so fans could tune into see how she was doing.

She featured Dan on her Instagram live story, where he gave a stark insight on he was handing it.

As of 11pm last night, The Big Bike In had almost reached £20,000 in donations and Louise couldn’t be more grateful to the donors and cyclists that joined her.

Updating her socials along the way, she tweeted: “Thank you so much! Everyone’s effort and generosity is incredible,” while sharing celebratory videos of people’s success.

And once Dan had finished, he too shared her gratitude: “Thank you. You’re all lovely. @louiseminchin is amazing. I have nothing left to give but your support has been amazing. I don’t think my undercarriage will ever recover.”

BBC Breakfast airs weekdays at 6am on BBC One.