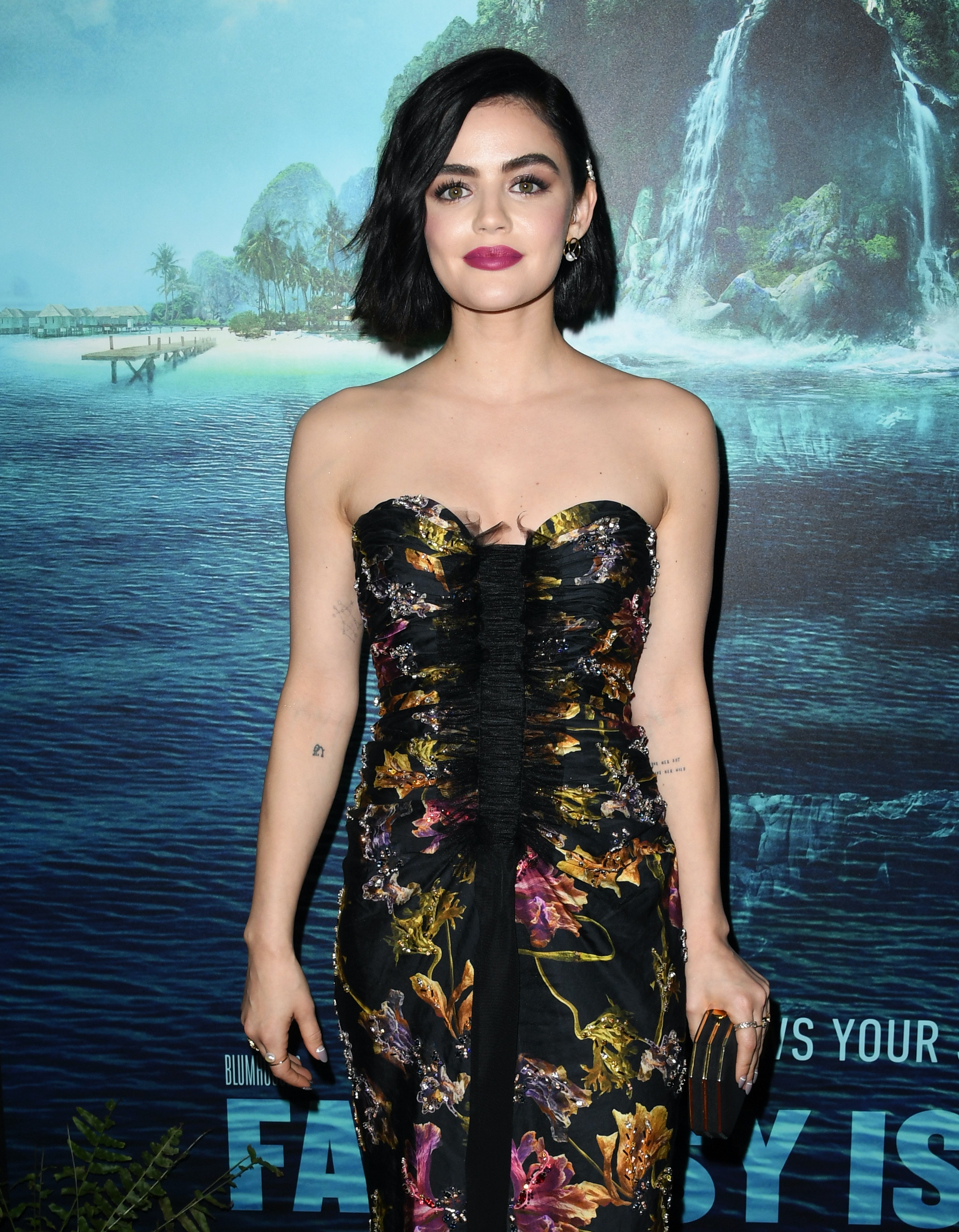 After rocking chocolate brown, ginger, and every shade of bronde in between, your hair-dyeing queen is adding a new color to her already impressive collection. Pretty Little Liars star Lucy Hale just went light blonde. Her hair was most recently dirty blonde with chunky, ’90s highlights, but this new shade is even lighter and bolder than ever.

The actor underwent this transformation while on a trip to London. In a selfie she shared on Instagram, her blonde hair is slightly tousled in a blunt, just-past-chin-length bob, and the color really makes the greenish golden tones in her eyes pop. To top it off, Hale’s complexion is practically luminescent in the sunshine. In the caption, she posted a lemon and honey emoji and thanked her colorist John Clark, hairstylist Jonny Eagland, and salon John Frieda for the new look.

Hale’s blonde hair has been in the works for a while. Her longtime stylist Kristin Ess told Allure back in February 2021 that they were slowly turning Hale’s hair lighter. Her previous chunky, golden blonde hair was only phase two of the process. "We always take it slow when we want to jump to a new lighter color because doing it too quickly can cause major damage," Ess said. "Especially on someone who has dark hair and has been red recently." You might remember Hale’s ginger moment back in 2020.

Hale’s London excursion may coincide with the start of filming for her latest roll. AMC’s Ragdoll, a dark, murder mystery series created by the producers of Killing Eve, follows Hale as a new recruit looking to catch a rather gruesome killer. According to Variety, the London-based show was slated to start filming in spring 2021. So, it’s possible this new role is the inspiration for both Hale’s relocation to England and her new hair color.