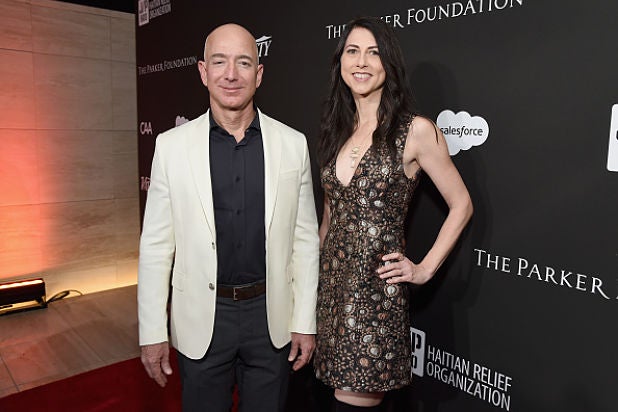 MacKenzie Scott, the ex-wife of Amazon CEO Jeff Bezos, said on Tuesday that she has given away $4.16 billion over the last four months, to hundreds of organizations, including food banks and emergency relief funds.

Her donations have also gone to groups focused on “historically marginalized and underserved people, civil rights advocacy groups, and legal defense funds that take on institutional discrimination,” she said.

Scott’s donations come a few months after she announced she’d already given away $1.7 billion between January and July, pushing her total 2020 donations to nearly $6 billion overall — on par with the GDP of countries like Guam and Malawi.

“After my post in July, I asked a team of advisors to help me accelerate my 2020 giving through immediate support to people suffering the economic effects of the crisis,” Scott said in a Medium post. “They took a data-driven approach to identifying organizations with strong leadership teams and results, with special attention to those operating in communities facing high projected food insecurity, high measures of racial inequity, high local poverty rates, and low access to philanthropic capital.”

Altogether, Scott has given to 384 organizations over the last third of the year, including organizations in all 50 states, Washington, D.C. and Puerto Rico.

MacKenzie Scott is currently the 18th richest person in the world, according to Bloomberg, with a net worth of $60.7 billion. Like her ex-husband, Scott has seen her net worth increase dramatically this year due to it being tied mostly to Amazon stock, with Scott adding $23.3 billion to her net worth in 2020. On Tuesday, Scott said her 2020 donations are meant to build off of her pledge last year to give away most of her wealth.

“Though I’m far from completing my pledge, this year of giving began with exposure to leaders from historically marginalized groups fighting inequities, and ended with exposure to thousands of organizations working to alleviate suffering for those hardest hit by the pandemic,” Scott said.

Scott outlined the organizations she contributed to this year in her Medium post, including several universities and local Goodwill and Meals on Wheels programs. You can find her full list by clicking here.