Maisie Smith: Strictly star told to ‘stop flirting’ with co-star HRVY as he strips off

EastEnders star Maisie Smith, 19, and singer HRVY, 21, are Strictly Come Dancing 2020’s youngest contestant. The latter has now told his co-star to “stop flirting” with him after the pair indulged in a cheeky back and forth on Instagram this week.

It comes after HRVY stripped down to his Calvin Klein underwear during a set of modelling photos for his 2021 calendar.

The first photo saw him looking at the camera with his T-shirt in his hands, with the next showing him stretching out as he puts it back on.

In another snap HRVY laughed while putting his socks on, and the final snap showed him shirtless again waving to something off screen.

In view of his 4.5 million followers the online star and singer captioned the post: “Fun fact: the window blinds were open and a whole office floor in another building stood and clapped as I got undressed (2021 calendar out now).” 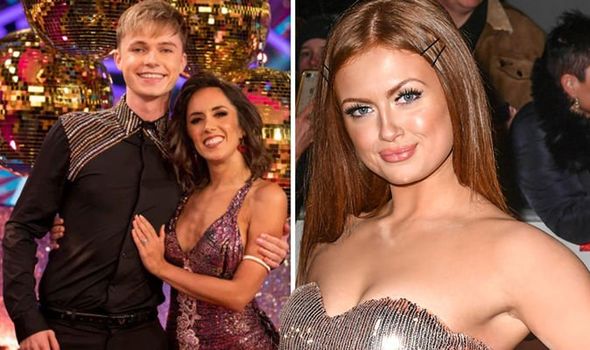 fun fact: the window blinds were open and a whole office floor in another building stood and clapped as I got undressed (2021 calendar out now)

The post, which has garnered over 200,000 likes, caught the attention of Maisie who couldn’t resist commenting on the photos.

She wrote: “I think they were clapping coz they mistook you for 2009 JB. [Justin Bieber].”(sic)

Maisie then light-heartedly swiped: “The Rock been real quiet since you posted this.”(sic) 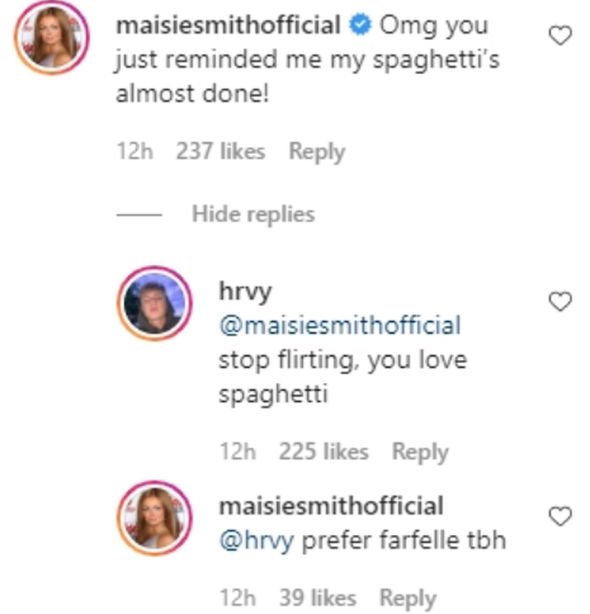 HRVY then hit back: “@maisiesmithofficial stop flirting, you love spaghetti.”

The EastEnders’ soap star was not alone in responding to the post, as other Strictly stars also left comments. 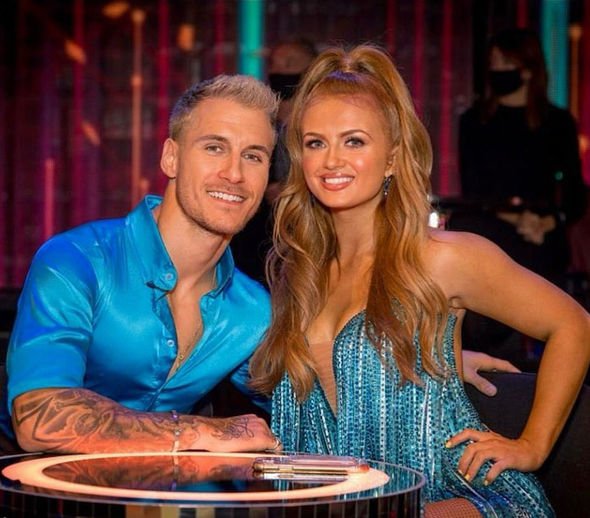 Maisie’s dance partner Gorka Marquez joked: “@hrvy do you want to borrow my set of Dumbbells?”

Meanwhile, both Maisie and HRVY have spoken out about their “rivalry” on Strictly.

In an interview ahead of the launch show, the pair admitted they had discussed their rivalry before even hitting the dance floor.

The actress was asked who she thinks her “biggest competition” could be on the show, to which she revealed: “I’ve spoken to HRVY actually, and he said he feels like he’s got a bit of competition and I said, ‘Ditto!’

She added: “I haven’t spoken to anyone yet but I’m looking forward to seeing them all soon.”

Strictly Come Dancing airs tonight on BBC One at 7.30pm.