Married At First Sight: David Pugh drenched in blood after he fought off machete burglars

David Pugh, 56, shared a photograph of himself covered in blood following the horrifying attack. The reality star said that the attack has left him prepared to face “the absolute worst” after thugs previously broke into his Solihull home at 3 am.

David has now for the first time shared a photo of himself covered in blood after using martial arts to fight his attackers.

The ordeal lead him to hand his new wife Shareen, a stranger he wed on Married At First Sight, his infamous “survival kit”.

She appeared stunned by the gift – which was the buzz of social media as the episode aired on Channel 4 this week.

It appeared Shareen’s thoughts of romance cooled on their honeymoon – and the couple later split. 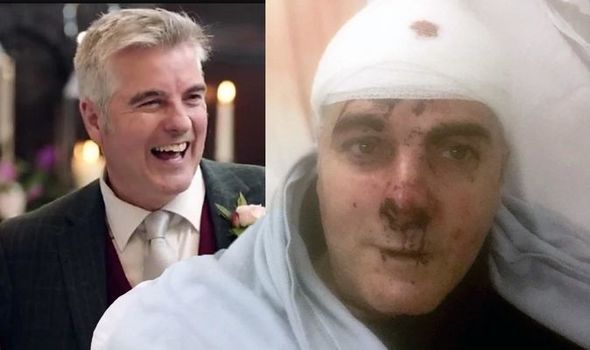