Homes Under The Hammer: Martin Roberts says he’s not leaving

Martin Roberts has confirmed that he has no plans to quit Homes Under The Hammer. The 57-year-old TV star, who has presented the property show since 2003, said he wanted to make it to 20 years on the programme, while reassuring a fan.

Martin made his comments on YouTube during his weekly Property Clinic.

The series sees him answer questions from fans via Twitter, about all things property.

People get in touch with the star on the micro-blogging site using the hashtag #AskMartinMonday.

This week he spoke of his plans for the future. 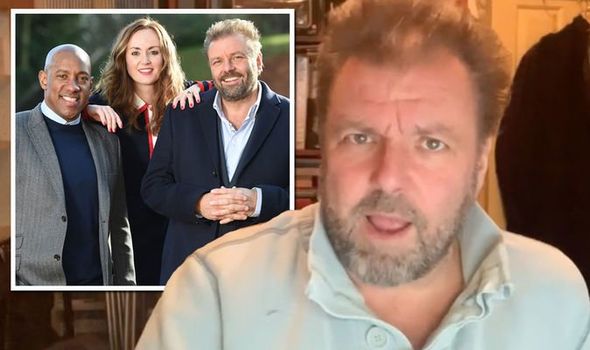 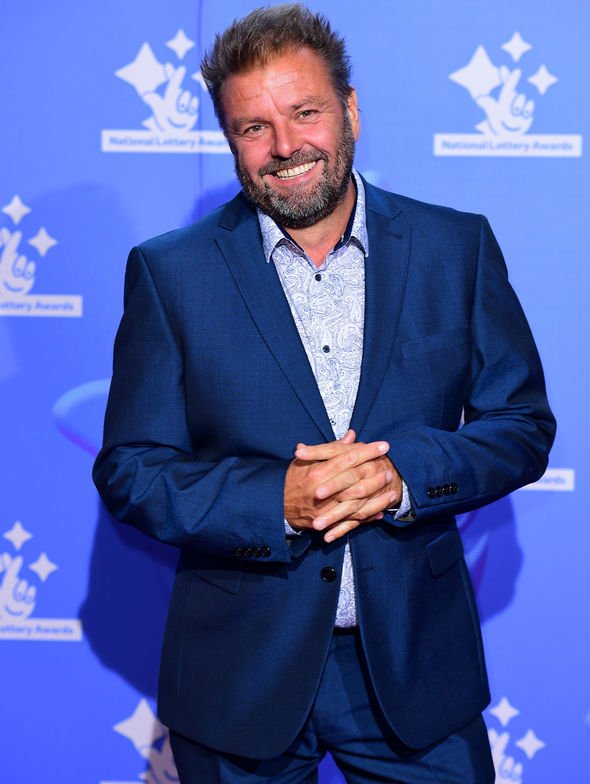 A social media user asked: “Please can you confirm you are not leaving Homes Under The Hammer?

“You are the heart and soul of the show and if you leave I might not actually watch it anymore… I’ll miss your awful puns as well.”

“Well I can confirm that unless you know something that I don’t, I am not leaving Homes Under The Hammer.

“We are struggling to film it, but we are finding ways to bring it to your screens,” the host said. 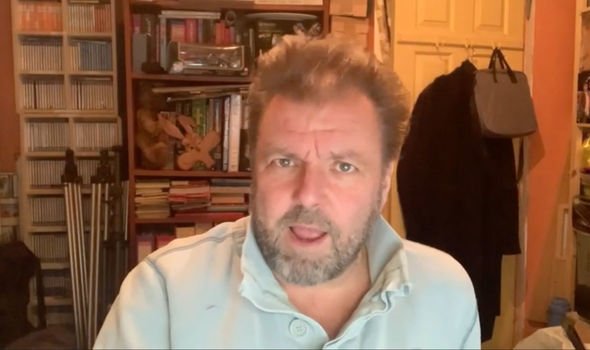 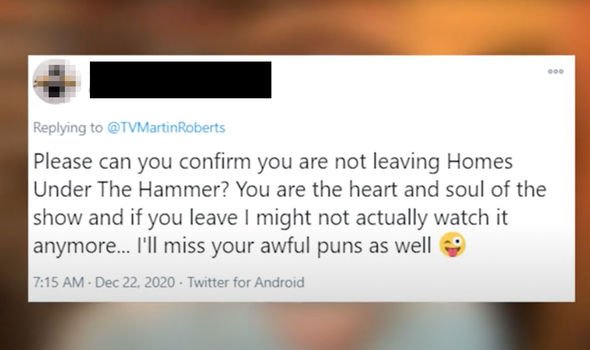 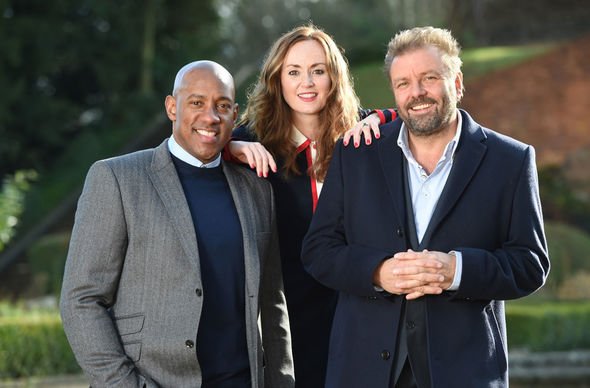 Discussing his week ahead, Martin continued: “I’m off filming hopefully, socially distanced and COVID secure, next week, and we are doing everything we can to bring the show to you.

Martin is very close to making it to his milestone, as 2021 marks his 18th year on the show.

He presented the BBC series with original cast member Lucy Alexander for 13 years until her departure in 2016.

The star now fronts the programme with Dion Dublin and Martel Maxwell.

During the 10 minute segment, Martin also spoke about the hardest part of his job.

He was asked: “Do you ever feel a bit sad going round some of the homes?

“There are some that look like the previous occupant has just walked out of the front door and I always wonder what happened to them.”

Opening up about the situation, the host said his heart goes out to the previous occupants and that it is “really hard” to witness.

“Me too. It’s terrible,” Martin replied.

“It’s really hard when you go into a property that someone has left under terrible circumstances. Especially when you see kids toys and their bedrooms, and your heart goes out to whatever that family went through. Yeah, it’s really hard.”

Homes Under The Hammer continues weekday mornings at 10am on BBC One.