Meghan Markle, Prince Harry’s child Lili isn’t the first member of the royal family to be born in America

Meghan Markle and Prince Harry’s daughter is in good company.

On Friday, the Duke and Duchess of Sussex welcomed their second child, Lilibet “Lili” Diana Mountbatten-Windsor, who was born in California.

The name pays tribute to both Harry’s grandmother, Queen Elizabeth II, whose family nickname is Lilibet, and his late mother, Princess Diana.

The child is not the first member of the British royal family to be born in America, People magazine reported on Tuesday.

In fact, Lord Frederick Windsor and his wife Sophie Winkleman, also an actress like the former “Suits” star, welcomed their first child, Maud Windsor, in 2013. Maud was born at the Ronald Reagan UCLA Medical Center in Los Angeles. 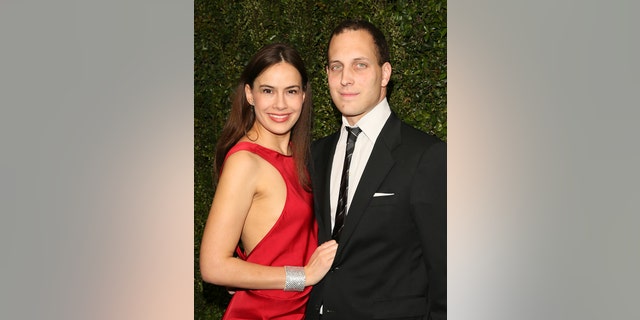 At the time of Maud’s birth, Winkleman was starring in the sitcom “Two and a Half Men” from 2011 to 2015. Windsor, a British financial analyst, is the son of Prince and Princess Michael of Kent. The 42-year-old is Harry’s cousin.

Before Markle became a member of the British royal family, the 39-year-old worked as an actress and starred in USA Network’s “Suits,” which filmed in Toronto.

According to the outlet, Windsor and Winkleman no longer live in Los Angeles. They welcomed a second daughter named Isabella in a London hospital in 2016.

Maud currently attends Thomas’s Battersea alongside Prince George and Princess Charlotte, the children of Prince William and Kate Middleton. Winkleman, 40, continues to work as an actress.

Maud was previously a bridesmaid in the royal weddings of Princess Eugenie and Lady Gabriella Windsor, the outlet shared. 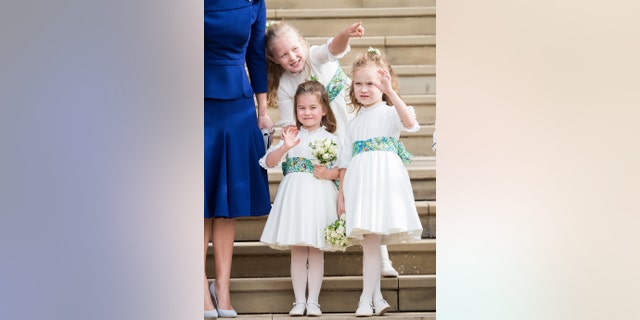 From left: Bridesmaids Princess Charlotte of Cambridge, Savannah Phillips and Maud Windsor after the wedding of Princess Eugenie of York and Jack Brooksbank at St. George’s Chapel on October 12, 2018, in Windsor, England.
(Photo by Pool/Samir Hussein/WireImage/Getty Images)

The outlet noted that while Lili isn’t the first member of the royal family to be born in America, she is the first of the queen’s 11 great-grandchildren to make that claim. The newborn is eighth in the line of succession to the British throne while Maud is 52nd.

“Thank you for your continued kindness and support during this very special time for our family,” the Duke and Duchess of Sussex wrote in a statement on Sunday when the news broke.

The baby is “more than we could have ever imagined, and we remain grateful for the love and prayers we’ve felt from across the globe,” they continued.

No photos of the newborn or the Sussexes accompanied the announcement. The couple has said that in lieu of gifts, they request those interested learn about or support nonprofit organizations working for women and girls, including Girls Inc., Harvest Home, CAMFED or Myna Mahila Foundation.

The Duke and Duchess of Sussex currently reside in California.
(AP)

The Duke and Duchess of Sussex’s departures from royal duties began last year over what they described as the British media’s intrusions and racist attitudes towards the duchess. The family now resides in the coastal city of Montecito, Calif.