Mike Tyson’s love for pigeons is well documented. The Hangover star and former heavyweight champion loves talking about his insane pigeon collection, which currently includes around 1,300 birds in total.

Tyson developed a reputation as a reckless spender early in his career when he bought lavish items such as $7 million diamond necklaces and 150-foot yachts. Never one to spare an expense, Tyson has also put down a ton of cash on pigeon care as well, having spent well over $100,000 on his birds’ housing. 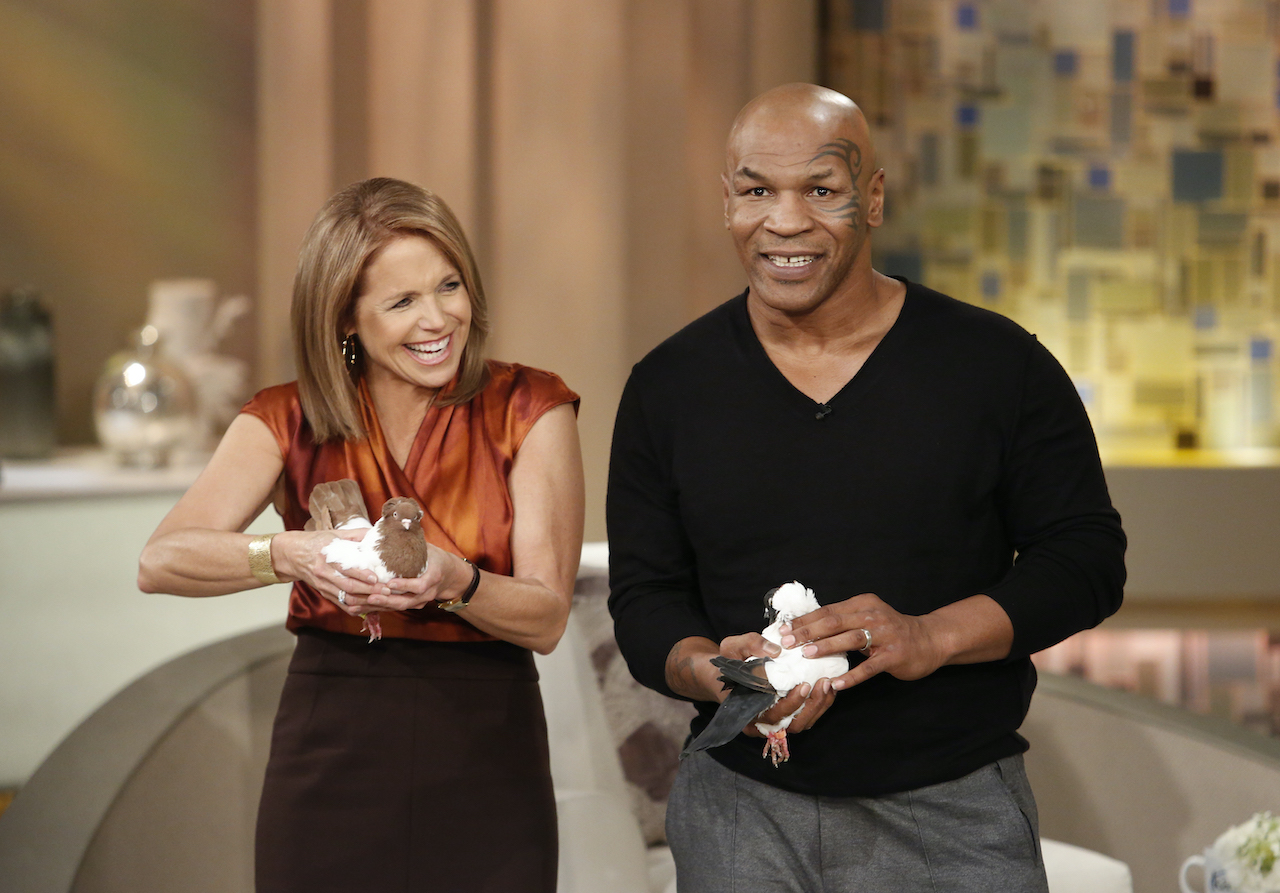 RELATED: Mike Tyson’s Lion Once Bit Him While He Gave it a Tetanus Shot

Tyson talked about the insane price tag on his pigeon palace during an episode of his Hotboxin’ podcast.

“Their house costs like one hundred g’s,” Tyson said.

When asked how many pigeons he currently owns, Tyson had a hard time nailing down a specific number. But he estimated that he has at least 1,300.

Having nice pigeons earned him respect in Brownsville, Brooklyn

Many people might find Tyson’s obsession with pigeons odd, but the retired boxer remains committed to his passion. According to Tyson, pigeons were a big part of his community’s culture growing up in Brownsville, Brooklyn.

His first fight was caused over a pigeon

In a separate interview with Graham Bensinger, Tyson revealed that his first fight was caused when a kid in his neighborhood ripped the head off of one of his pigeons.

“He ripped the bird’s head off, hit me with the bird, threw the blood on me, smacked me around,” Tyson said. “So my friend said ‘Mike, fight him. Don’t be afraid, fight him.’ … I just fought, it’s not like I was sensational. I was just flailing away, and I guess I hit him more than he hit me, so I won I guess.”

As brutal as the display was, Tyson stated on his Hotboxin’ podcast that violence was commonplace among competitors in the pigeon world.