Home » Celebrities » Miranda Lambert: Surviving a Pandemic Is a 'Test' for Marriage to Brendan

Miranda Lambert: Surviving a Pandemic Is a 'Test' for Marriage to Brendan

Marriage boot camp! Miranda Lambert and her husband, Brendan McLoughlin, are getting a crash course in relationships as they quarantine together amid the coronavirus pandemic.

“If newlyweds can survive a pandemic then I think we’re good, you know?” the “It All Comes Out in the Wash” singer, 36, told host Kelly Ford on New York’s Country 94.7 on Thursday, July 23. “It’s a good test. The first month I had a lot of fun. Well, not fun but I was like, ‘OK, we’re off. We’ll probably be back on the road in a couple of months.’”

Lambert — who was in the middle of her Wildcard tour when the pandemic hit — said she allowed herself to indulge until she realized quarantine would last for an extended period. 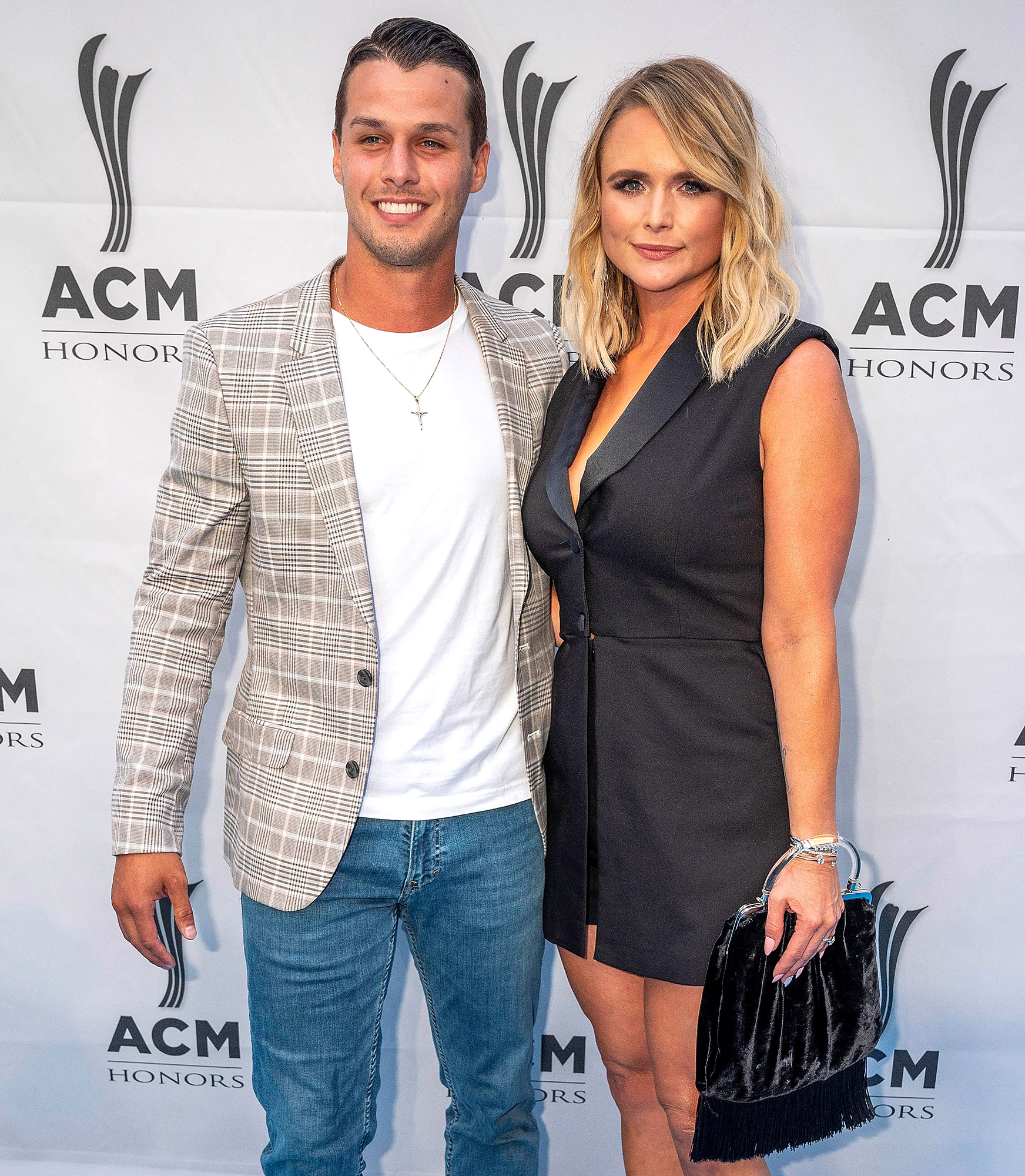 “I cooked too much and ate way too much, and then I had to roll that back a little bit,” she recalled. “There’s stuff to do, it’s just the adjusting of not knowing when I’m going to work again. It’s uneasy.”

The Grammy winner added that she misses performing in front of a live audience and has found it difficult to transition to perform via video chat.

“I guess nothing made me realize that more than singing into a screen, which I absolutely hate,” Lambert said. “I just can’t do it. I started this career 18 years ago for that feeling, not for my Zoom call.”

Celebrity Couples Who Are Self-Quarantining Together

The “Gunpowder & Lead” songstress has also enjoyed plenty of positive experiences in self-isolation. Lambert and McLoughlin had been quarantined on her Tennessee farm but the couple decided to hit the road in their Airstream trailer in May.

The Texas native shared a photo via Instagram of herself and the retired New York City police officer standing outside of their new vehicle. “I’ve been touring for 19 years and most times we just roll in, play our show, and roll to the next town. I’ve only gotten to spend some real time in a few of the places I’ve been,” she captioned the photo.

Lambert revealed in February 2019 that she and McLoughlin had secretly tied the knot just three months after meeting on the set of Good Morning America, where he was doing crowd control during her performance.

Although they had a quick courtship, a source told Us Weekly in March that the pair are already looking forward to starting a family.

“Miranda has been telling friends that she wants a baby and to be with Brendan forever,” the insider said at the time. “They get along so well together. They’re always focused on each other, and cuddling or kissing. They’re very hot for each other, and it shows in their body language.”