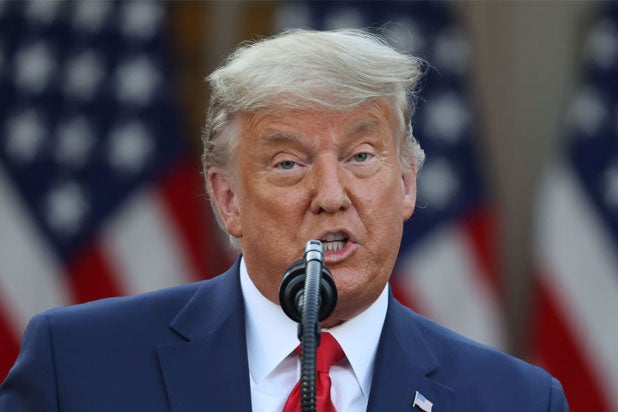 The Wall Street Journal, owned by Rupert Murdoch, argued Sunday night that although the Senate didn’t convict Donald Trump in the trial over his second impeachment, the former president will never recover. The editorial also made it clear that anyone still clinging to Trump may never recover, either.

Trump would have been barred from running again had he been convicted, but the Journal’s editorial board doesn’t anticipate a problem there: “He may run again, but he won’t win another national election,” the subheading on the piece read.

The editorial went on to warn Republican officials not to align themselves with a figurehead who is fading from relevance.

“The country is moving past the Trump Presidency, and the GOP will remain in the wilderness until it does too,” the WSJ editorial board wrote.

Other Murdoch-owned papers have also ramped up their Trump criticism in recent weeks. In late December, the New York Post urged Trump to concede as he continued to falsely claim that Joe Biden won the 2020 election due to voter fraud. Just over a week later, Trump supporters breached the Capitol in a riot that left five people dead, including a Capitol police officer. Trump was impeached shortly thereafter for inciting an insurrection.

“Seven Republicans joined every Democrat in the most bipartisan conviction vote in history. While short of the 67 votes needed to convict, most Republicans didn’t defend Mr. Trump’s words or actions on Jan. 6 or his attempts to overturn the election. As we’ve written before, Mr. Trump’s behavior was inexcusable and will mar his legacy for all time,” the Journal said.