Naga Munchetty, 45, couldn’t resist the opportunity to tease her BBC Breakfast co-star Carol Kirkwood, 58, during yesterday’s show when she snubbed two marriage proposals at Kew Gardens. The presenter jokingly called the meteorologist a “cruel and wicked woman” for the snub during her weather report.

Naga’s remark came after Carol explained how the Christmas lights installation at Kew Gardens are a romantic spot for couples.

To prove her point, the star got involved in a proposal stunt at the beautiful “cathedral of lights”.

Carol was then faced with two men who were down on one knee in front of her, prompting her to cheekily reject them.

She exclaimed: “Oh gosh, you are far too young for me. 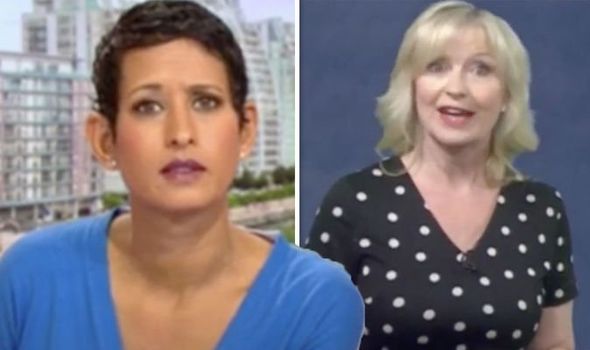 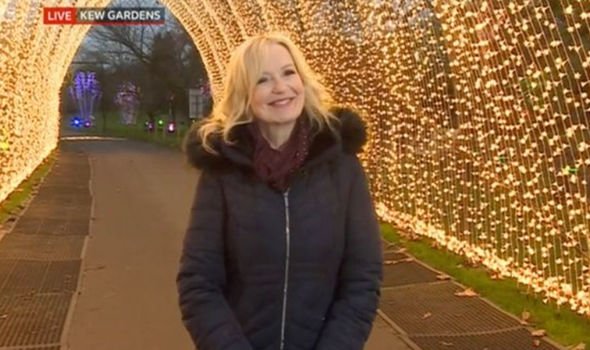 “And as for you too. But thank you very much. Gosh, two marriage proposals in the space of 30 seconds, good going!”

At the end of her weather segment, she added: “I’m off for a lie down, two proposals are good by anyone!”

Naga then shared her thoughts on Carol “slashing the hearts of two young men”.

She quipped: “Carol, I admire that you carried on walking down the tunnel of lights, or the tunnel of love and cruelly cut down and slashed the hearts of two young men. 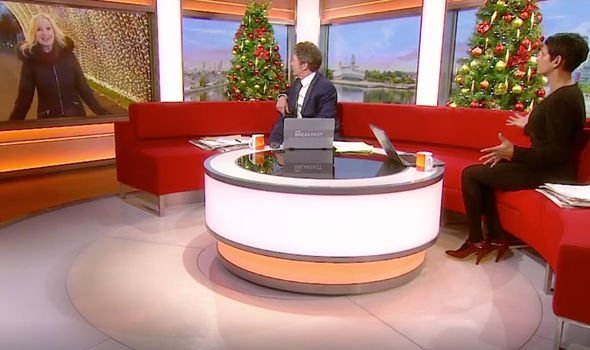 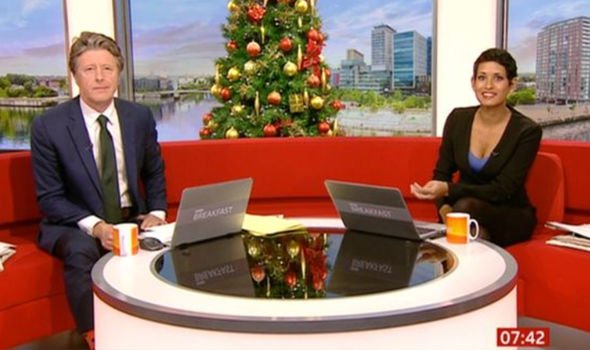 “I mean, you are a cruel and wicked woman, I know.”

Carol giggled and replied: “Anyone would think you staged it!”

Naga smirked and added: “Never, never do such a thing.

Elsewhere on the show, Carol hit back at Charlie for telling her to move out of the way so viewers could see the festive lights at Kew Gardens.

“Not being funny, Carol,” Charlie chipped in. “But can you just step to the side a minute so we can enjoy the images?”

“Get out the way In other words?” Carol sarcastically replied as she shimmied out of shot.

“There we are, so much better,” Charlie swiped.

“Look at that. Doesn’t it look fantastic? Lucky you Carol being there all morning.”

Spotting her co-host’s jibe, Naga weighed in: ”Carol, can you just take notice as to who’s being cheeky and got you out that shot this morning?

“I know,” Carol replied as she feigned shock. “It’s not even quarter past six I can’t believe it.”