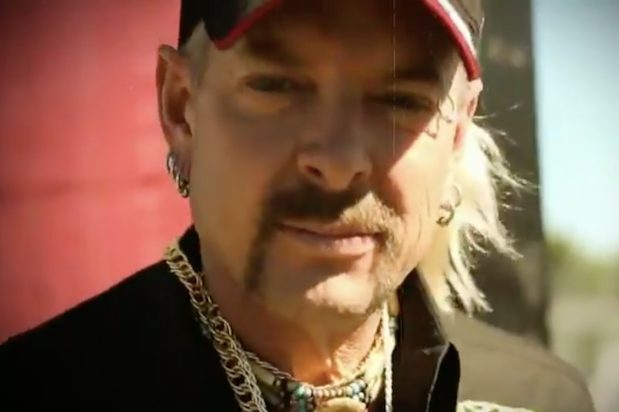 Having millions of people stuck inside all day seems to have worked out for Netflix, at least, with the streaming giant easily setting a new quarterly record for subscriber gains when it reported its Q1 earnings on Tuesday afternoon.

The service was helped out during Q1 by the early return of “Ozark,” which has typically been a summer release in the past, and the debut of “Tiger King,” which was the top-ranked show or movie on Netflix for 25 straight days. On Tuesday, Netflix reported 64 million accounts watched “Tiger King” within its first 4 weeks. (Reminder: Netflix counts a view after someone has clicked and watched a show for at least two minutes.)

For the first quarter, Netflix reported revenue of $5.77 billion — matching analyst projections — and earnings per share of $1.57, which fell about 8 cents shy of analyst estimates.

Netflix has been on a big run heading into Tuesday afternoon, with its stock price increasing more than 20% in the last month. During that time, Netflix has also leapfrogged Disney in terms of valuation, with the Los Gatos, California-based company now worth about $193 billion.

After sharing its Q1 report, Netflix’s shares increased 3% in early after-hours trading to $446.38 per share.

Moving forward, the company said in its letter to shareholders it expects shutting down production on several shows and movies will have a “modest impact” on its Q2 release strategy.

“No one knows how long it will be until we can safely restart physical production in various countries, and, once we can, what international travel will be possible, and how negotiations for various resources (e.g., talent, stages, and post-production) will play out,” Netflix said in its letter. “The impact on us is less cash spending this year as some content projects are pushed out. We are working hard to complete the content we know our members want and we’re complementing this effort with additional licensed films and series.”

The company will hold a video conference call at 3:00 p.m. PT to discuss its earnings.