Nicki Minaj gave her millions of fans a look at her precious son — and her make-up free face — in a new video shared to Instagram this week.

Nicki Minaj, 38, took to her Instagram live this week to celebrate the successful re-release of her mixtape, Beam Me Up Scotty, and in one clip she held her adorable 8-month-old son, in her lap. Nicki, welcomed her first child, with husband Kenneth Petty, 43, in September and since then she’s kept him mostly out of the spotlight.

Nicki has been extremely protective of her son and hasn’t even shared his name with the world. Instead she calls him by his nickname, ‘Papa Bear.”  In the clip Nicki, who is wearing a bright yellow wig and no make-up, makes faces at the camera while snuggling her son.

Nicki’s fans have been obsessed with her son since she shared the first photo back in January 2021, and he’s cute as a button. “Thank you for your love & support throughout this journey. It’s meant so much to me. Becoming a mom is by far the most fulfilling job I’ve ever taken on,” Nicki wrote, showing her son in a series of designer outfits.

“Sending love to all the superhero mothers out there. Big hugs to all the women who have been pregnant during this challenging time,” she added.

The new video of Nicki and her son comes less than 2 weeks after she surprised fans by reuniting with Drake and Lil’ Wayne for a new song. Their hot new track, “Seeing Green,” kicked off her re-relase of mixtape, Beam Me Up Scotty. 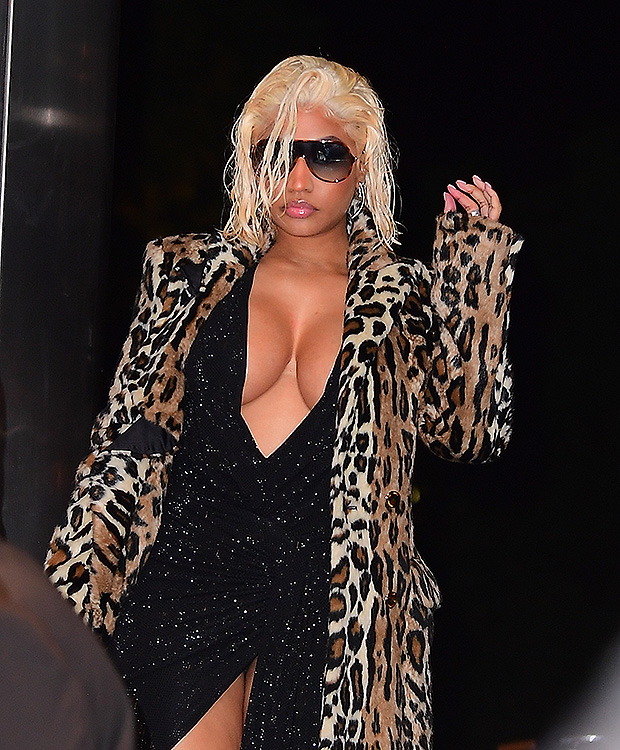 When Nicki isn’t making music, she devotes most of her time to her son. In fact she revealed that she doesn’t even have a nanny because she wants him to get her undivided attention. But, every one in a while she manages to get out for the occasional date night with her man.

Lat month Nicki and Kenneth were spotted enjoying a dinner date in Malibu, CA. The happy couple tried to keep a low-profile for their upscale sushi dinner at celebrity favorite Nobu — but they were hard to miss.