Making it official? It sure looks that way. Machine Gun Kelly and Megan Fox have been spending a ton of time together since her split from Brian Austin Green and now, it appears they’re taking their relationship to the next level.

“‘I’m calling you girlfriend, what the f–k.’ Life imitated art on that one,” the rapper, 30, tweeted on Monday, June 15, quoting his song, “Bloody Valentine.” Fox, 34, starred in the music video for the song, playing his love interest. In the video, released in May, the pair nearly kissed.

Meanwhile, in real life, the Midnight in the Switchgrass costars were spotted holding hands and kissing for the first time in public on Monday. In photos obtained by the Daily Mail, the duo were spotted leaving Mr. Furley’s Bar in Sherman Oaks, California, hand in hand, then later shared a passionate kiss in his car. 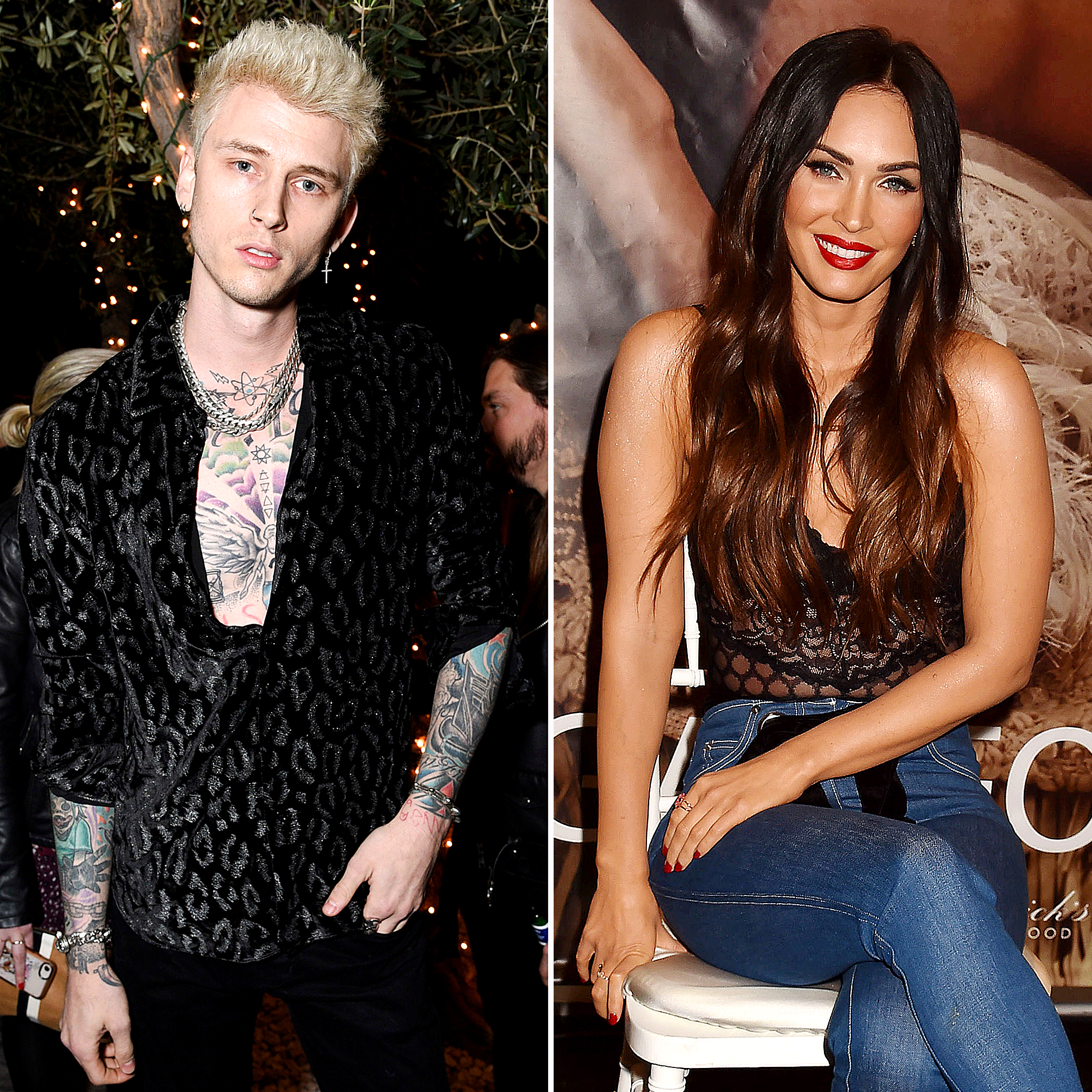 The Transformers star was first spotted with the Beyond the Lights actor (real name Colson Baker) on May 15. Days after, Green, 46, confirmed that he and his wife had called it quits at the end of 2019 and were doing their best to spend time apart ever since.

“I will always love her, and I know she will always love me. I know as far as a family what we have built is really cool and really special,” the Beverly Hills, 90210 alum said on his “…With Brian Austin Green” podcast on May 18. “She’s been my best friend for 15 years and I don’t want to lose that.”

He also noted that he and Fox had discussed her relationship with Kelly.

“From what she’s expressed, he’s a really just nice, genuine guy,” Green said at the time. “It’s not like we are separating or anything because somebody cheated or somebody hurt somebody … it’s just, people sort of find new things that interest them and new directions that they want to take in life and the person that they’re with may not be on that same path.”

The producer added that he doesn’t want his estranged wife or Kelly “to be looked at in a negative way” for becoming close friends. “That’s what good people do. Good people step up and help people that need help and that’s what he’s doing.”

Fox and Green married in 2010. Five years later, she filed for divorce but the case was dismissed in April 2019. The actors share three sons: Noah, 7, Bodhi, 6, and Journey, 3. He also shares Kassius, 18, with ex-fiancée Vanessa Marcil.