Olivia Jade opened up on ‘Red Table Talk’ about the painful realities of her parents going to jail for their part in the College Admissions Scandal, revealing she hasn’t spoken to them since they self-surrendered.

It’s been five weeks since Olivia Jade Giannulli has been able to speak with her “best friend,” mom Lori Loughlin. Olivia, 21, confessed on the December 8 episode of Red Table Talk that she hasn’t been in contact with her mother, or her father, Mossimo Giannulli, since they began their respective prison sentences. “There’s a quarantine phase because of COVID, so I think that’s the reason, but I haven’t heard anything,” Olivia told hosts Jada Pinkett Smith, Willow Smith, and Gammy. “I’m just waiting.”

Lori, 56, self-surrendered to the FCI Dublin  on October 30 after she and her husband pleaded guilty to paying $500,000 in bribes to get their two daughters, Olivia and Isabella Giannulli, admitted to USC as crew team recruits. Neither daughter ever played the sport. Along with her prison sentence, Lori was required to pay a $150,000 fine, and will complete 100 hours of community service during her two years on parole.

Mossimo, 57, began his five-month sentence at USP Lompoc in Santa Barbara on November 19. The fashion designer was also sentenced to two years parole, 200 hours of community service, and ordered to pay a $250,000 fine. The couple, according to Olivia, only committed the crimes out of love for their daughters. Not being able to get in touch with either parent has been taking a toll on the YouTuber. 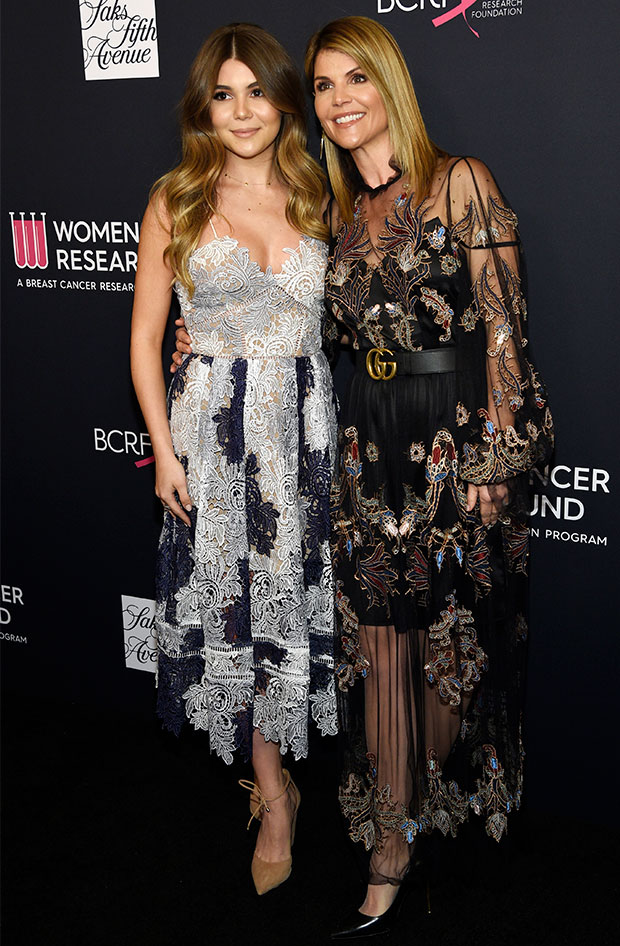 “I’m super close with my parents, especially my mom,” Olivia said on Red Table Talk. “She’s my best friend, so it’s definitely been hard not being able to talk to her. But I know she’s strong.” She added that being in prison may actually prove to be a “good reflection period” for her mother, who will likely be released by Christmas. “I’m trying to look at the positives, in a way,” Olivia said.