Orlando Bloom has definitely not been skipping leg day at the gym. He showed off his muscles in a pair of shorts while cuddling daughter Daisy during their Hawaiian getaway.

Either Orlando Bloom has been making his legs a focus of his workout routines, or he’s been playing a ton of soccer. The 44-year-old actor showed off his incredibly athletic and bulging thigh muscles while wearing a tiny pair of black shorts in Hawaii. Bloom wore tight, white knee-high soccer-like socks that covered up his calves completely. He was photographed while out for a walk while carrying his daughter Daisy Dove Bloom, while her mama Katy Perry , 36, wasn’t seen along for the outing.

Orlando hasn’t been neglecting the rest of his body, as his arm muscles are much more pronounced as well. He showed off how even his torso and pecs have grown noticeably large and firm while shirtless on a beach date with his “Roar” singer fiancee on Feb. 22. For his walk, the Carnival Row star donned a tight grey t-shirt to show off his buff bod, and wore a baseball cap to partially shield his face. Orlando has sure turned into quite the hunk, as he didn’t used to be so muscular. 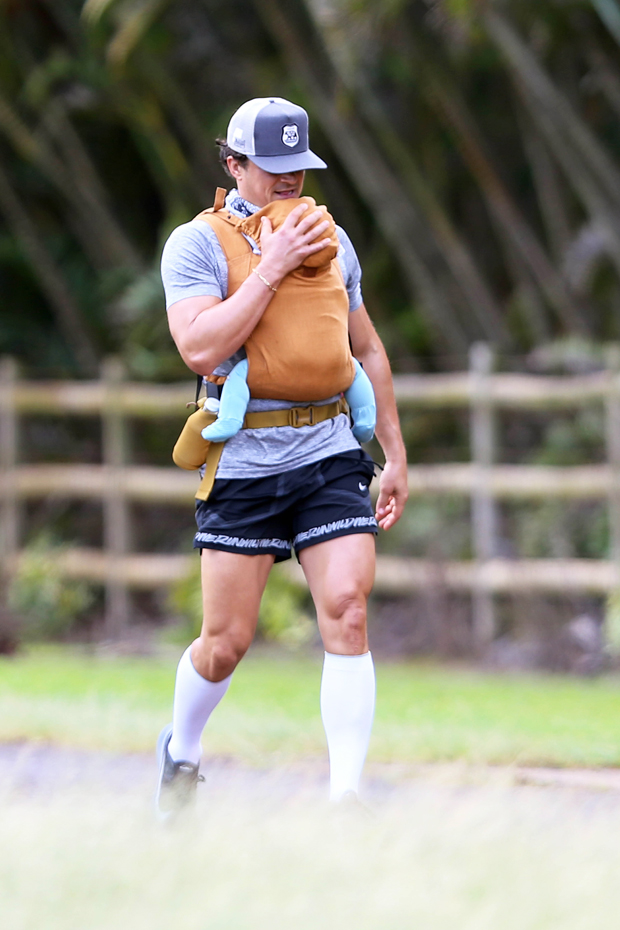 In the photos taken on Feb. 28, Orlando carried Daisy in a chest carrier, which held the baby tight against him and her little face was able to look up closely at her daddy. Her head was hidden by an attachable hood to the carrier setup. All that could be seen of the six-month-old was her little legs sticking out from either side, while clothed a teal onesie.

The couple has been enjoying their winter getaway to Hawaii and have made the most of getting outside. On Feb. 25, Katy took Daisy for a walk in an open-air stroller, with their little girl wearing a large white sun hat and what appeared to be the same teal onesie that her parents dressed her in for Orlando’s outing. The American Idol judge kept things casual in blue athleisure wear consisting of a tank top and leggings. She donned slide-on sandals for the warm walk and wore a blue hat reading “Mama” in white lettering on it that has been a constant accessory ever since she gave birth on Aug. 26, 2020. 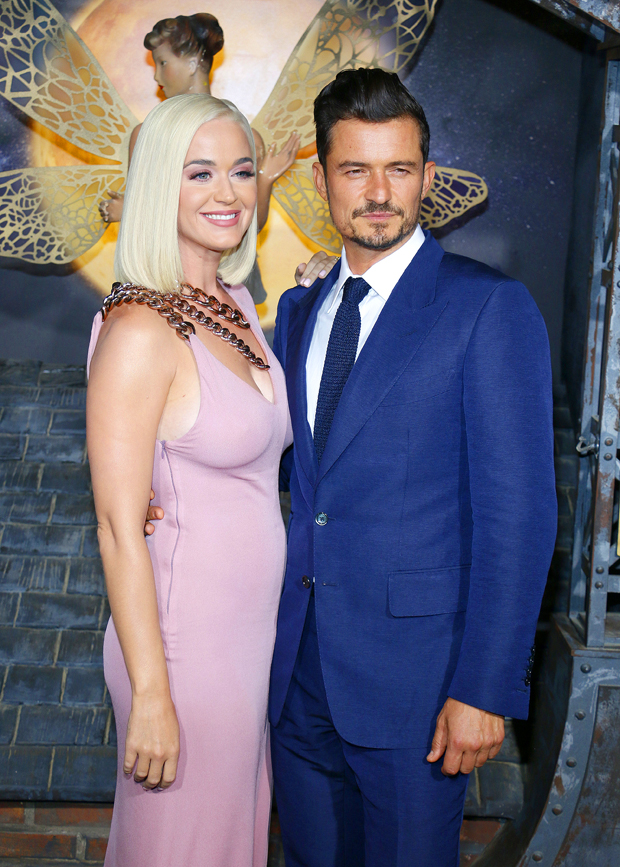 The pair had romantic day of their own at the beach without Daisy on Feb. 22. They were photographed in their own private cove, which was reached by climbing down a large lava rock field. Katy showed off her post-partum curves in a purple strapless one-piece swimsuit, which she also wore while pregnant with Daisy in July 2020 beach outings in Malibu, CA. Thank goodness for stretchy material! Orlando flaunted his new muscular body in a pair of very short black swim trunks, as they went for a swim and relaxed on the white sandy beach. Between lockdown and their busy work schedules, it must have been nice for the Bloom-Perry family unit to get some much needed time away together.