Rachel Riley, 35, has just had her 12-week scan and the baby, Pasha reveals, is due in October. And no, it wasn’t a surprise. “It’s a planned baby,” he says, adding that they don’t know its sex yet although they hope to find out before the birth. “We just want a healthy baby,” he says. Daughter Maven, whose name comes from a Hebrew word meaning one who knows, was born just before Christmas 2019.

Pasha says: “I’m loving having a daughter so having another would be lovely. But a boy would be good, too.” Rachel feels the same.

“She’s just relieved the news is out and she doesn’t have to hold in her stomach on Countdown each day!” Pasha, now 41, was 39 when he became a first-time father. “Yes, to be honest, up until my late 30s, I didn’t want to have kids.

“Rachel and I had been together for some time before we decided to have a child. Then something just clicked.

“When Maven arrived, I realised I’d been holding back for too long. I enjoy her so much.

“I wish I’d known sooner how much fun it would be – exhausting but so worth it.”

Maven has spent most of her life in lockdown.

Pasha says: “Covid-19 has been a terrible epidemic but, from my point of view, it had an upside.” 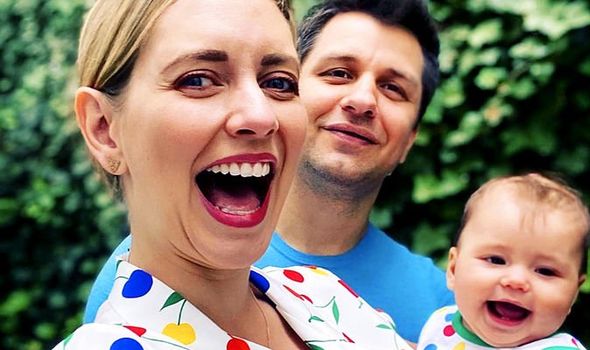 It has enabled him to stay at home looking after his daughter while Rachel films Countdown at Media City in Salford.

Pasha and Maven walk her to work for three days a week – where she films 15 episodes – then dad and daughter go to the park.

Fatherhood, he says, requires your complete attention, one of the reasons why he bowed out of Strictly Come Dancing after the 2018 season. One of the highlights was partnering Rachel on the show in 2013 – that’s how they met. Another was winning the coveted Glitterball trophy with Caroline Flack the following year.

The two became good friends, and her suicide in February 2020 devastated him.

Pasha said: “She was fun and bubbly and a much better dancer than she believed, particularly at the beginning. But the closer we got to the finals I could see her come to the realisation that she was a force to be reckoned with.

“I’d stayed in contact with her,” he says, “so the news came as a terrible shock. What happened was so sad, and that sadness never really goes away. I try to remember the happy times.” 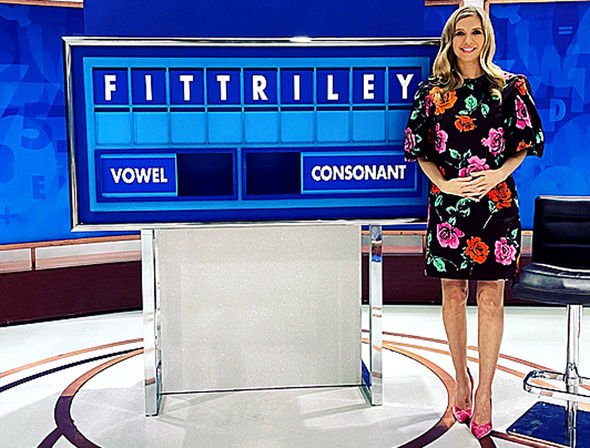 There are plenty of happy times ahead. Not only is baby No2 on the way, but Pasha will be back on stage in the high-octane dance show Here Come The Boys.

After many false starts triggered by the pandemic, the show will enjoy a brief run at the London Palladium from May 24. Pasha, who emigrated from Russia when he was 20, said: “Dancing at such an amazing theatre will be like a dream come true.

“I love being on stage in front of a live audience. There’s nothing more satisfying than seeing the smiles on their faces.

“But I’m philosophical. I couldn’t dance because the theatres were closed [due to Covid]. There was nothing I could do about that, so I didn’t torture myself.

“In the meantime, I had a beautiful baby girl who was growing up before my eyes. I really couldn’t complain.” After Here Come The Boys, what next? 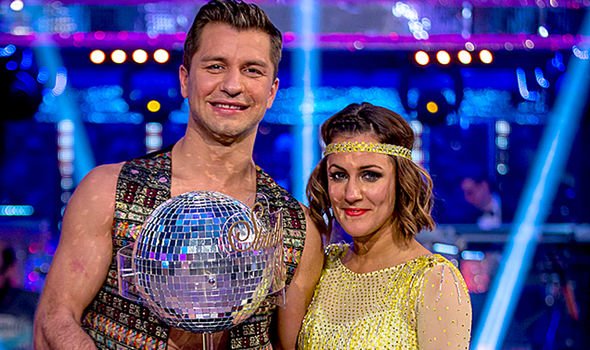 “I’m now in my 40s so I can see myself getting more involved in choreography for dance shows and perhaps West End musicals.

“I’m working on two right now. But I have to be realistic. I’m not a spring chicken.”

However, he is a great advocate, he says, of living in the present. “So I have the Palladium, my beautiful daughter and wife and the prospect of a new baby.

“You’re talking to a happy man.”