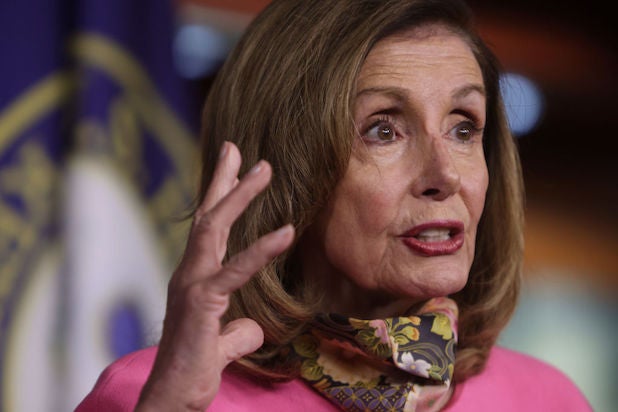 House Speaker Nancy Pelosi and Rep. Jamie Raskin (D-Maryland) on Friday introduced a new bill that would give Congress a greater say in removing a president under the U.S. Constitution’s 25th Amendment.

Under the proposed legislation, which has virtually no chance of becoming law, Congress would create a commission that could evaluate a president’s fitness for office and potentially strip him or his or her powers. Under the 25th Amendment, a president can be removed from executive duties if a majority of Cabinet members and the vice president consider him unable to carry out his duties.

At a press conference on Friday, Pelosi insisted that the move isn’t “about Trump” though she has criticized the president for his erratic behavior since his COVID-19 diagnosis last week and called on the administration to disclose more about his health condition.

“He will face the judgment of the voters, but he shows the need for us to create a process for future presidents,” she said, adding later that the goal of the bill is to “give some comfort to people” regarding the government’s stability.

Raskin, who authored the bill, echoed her comments on comfort and stability: “In times of chaos, we must hold fast to our Constitution. The 25th Amendment is all about the stability of the presidency and the continuity of the office.”

To go into effect, the bill would need to pass both houses and be signed by the president, which is unlikely in the Republican-controlled Senate.

Trump quickly responded to the move on Friday. “Crazy Nancy is the one who should be under observation. They don’t call her Crazy for nothing!” the president tweeted.

Watch the joint press conference from Pelosi and Raskin below, via Twitter.