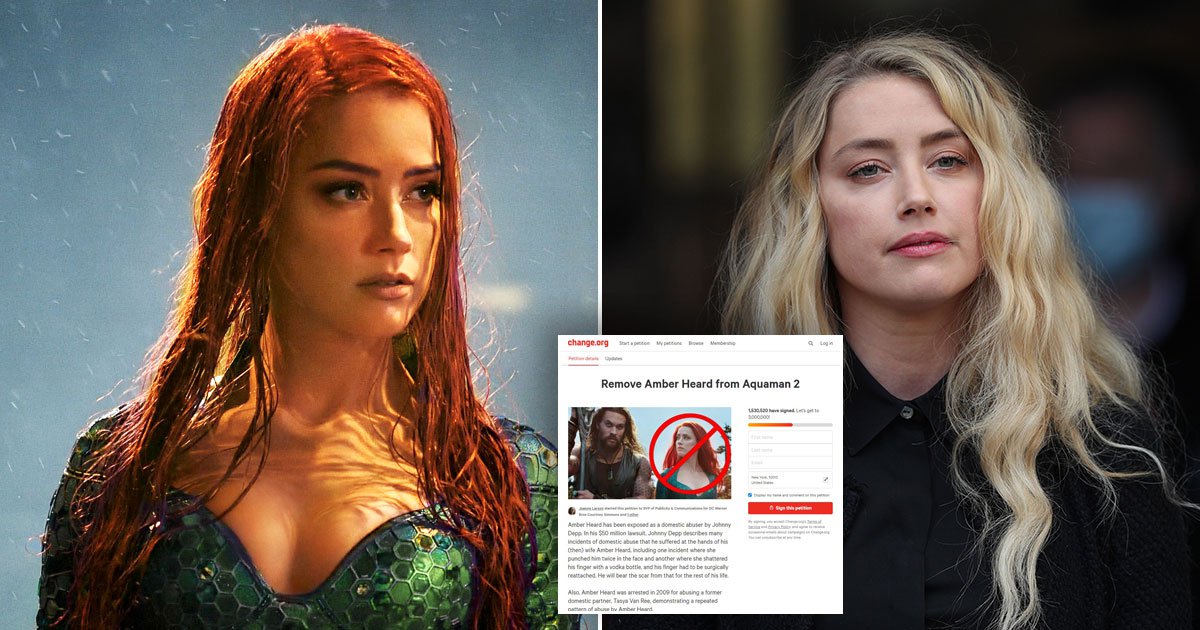 A petition to remove Amber Heard from Aquaman 2 has so far reached over 2.3million signatures as she faces off against ex-husband Johnny Depp in court.

Depp, 58, has brought the $50million (£39million) defamation lawsuit after claiming Heard’s accusations of abuse against him are false. Heard is countersuing.

The trial, which has been going on for 12 days, is expected to last around seven weeks, after Depp alleged that Heard lied about being a victim of domestic abuse and implied he was the abuser in a 2018 Washington Post op-ed about domestic violence.

Depp also alleged that Heard had in fact abused him during the course of their relationship and their 15-month marriage.

After he lost a similar trial against Heard and News Group Newspapers (NGN) in the UK, Depp lost out on a lot of movie roles including Gellert Grindelwald in Fanstastic Beasts, which was recast.

Fans began a petition to call for Heard to also be removed from Aquaman 2, in which she stars as the titular hero’s love interest Mera, in light of the ongoing court case.

The DC sequel, directed by James Wan, wrapped filming in January and is set for release in March 2023.

At the time of going to press, a petition set up by fans to have Heard removed from the movie had topped 2.3million signatures of its 3million goal.

The organisers claim that Heard ‘has systematically crusaded to ruin Depp in Hollywood’ since the couple divorced in 2017.

The petition had started to gain traction in November 2020, reaching 1.5million signatures after Depp left the Fantastic Beasts and was replaced with Mads Mikkelsen.

Depp had resigned from the franchise after losing a libel case with The Sun over a 2018 article which called him a ‘wife beater’.

Heard had previously slammed the campaign to have her removed from Aquaman 2, saying in a statement to Entertainment Weekly in November 2020: ‘Paid rumours and paid campaigns on social media don’t dictate [casting decisions] because they have no basis in reality.

‘Only the fans actually made Aquaman and Aquaman 2 happen. I’m excited to get started next year.’