Last week, Piers Morgan, 55, told his Twitter followers that he will be not be on Good Morning Britain due to developing mild coronavirus symptoms. At the time, he didn’t reveal which symptoms they were.

Today, he responded to a Twitter user who queried why he had a test.

In response to an article from The Sun, a Twitter user wrote: “So mild flu like symptoms then, not a catastrophic killer virus.”

Piers replied: “If you really want to know, I developed shortness of breath, a cough & unusual lethargy – three possible signs of COVID-19.

“So my doctor told me to take a coronavirus test, which was thankfully negative.” 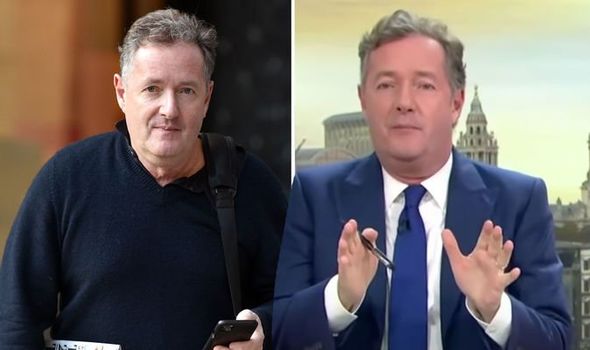 At the time, he wrote: “UPDATE: On medical advice, and out of an abundance of caution for a mild symptom that arose in past 48hrs, I’ve had a test for COVID-19 and so won’t be working on @GMB until I get the result back, which should be tomorrow.”

He followed up his post, telling fans he had tested negative for the disease.

“UPDATE: My COVID-19 test was negative,” he tweeted.

“I was advised to take the test by my doctor after developing possible coronavirus symptoms, and was entitled to do so as a Govt-designated essential worker.

“I’ll be back on @GMB as soon as my doctor advises I’m OK to return to work.”

Piers has since revealed he will be returning to the ITV show on Monday.

The main symptoms of coronavirus include a shortness of breath, a new, persistent cough and/or a fever.

To date, over 30,000 have died after contracting the disease in the UK. The deadly virus has affected over three million people worldwide.