Lea Michele, who is pregnant with her first child, was spotted in California one day after honoring her late Glee costars Naya Rivera and Cory Monteith.

How Lea Michele Has Honored Cory Monteith Since His Death

The actress, 33, went out for a walk in Santa Monica with her mother, Edith Sarfati, on Tuesday, July 14, in photos posted by the Daily Mail. Michele cradled her baby bump, which was wrapped in a casual green dress. She also wore sneakers, sunglasses and a black face mask amid the coronavirus pandemic.

Earlier in the week, the Scream Queens alum paid tribute to Rivera and Monteith. The Devious Maids alum was found dead in Lake Piru on Monday, July 13, after going missing the week prior while on a boat ride with her 4-year-old son, Josey. She was 33. Her body was discovered on the seven-year anniversary of the Monte Carlo actor’s death at age 31. He died from an accidental overdose of heroin and alcohol in July 2013 and was dating Michele at the time. 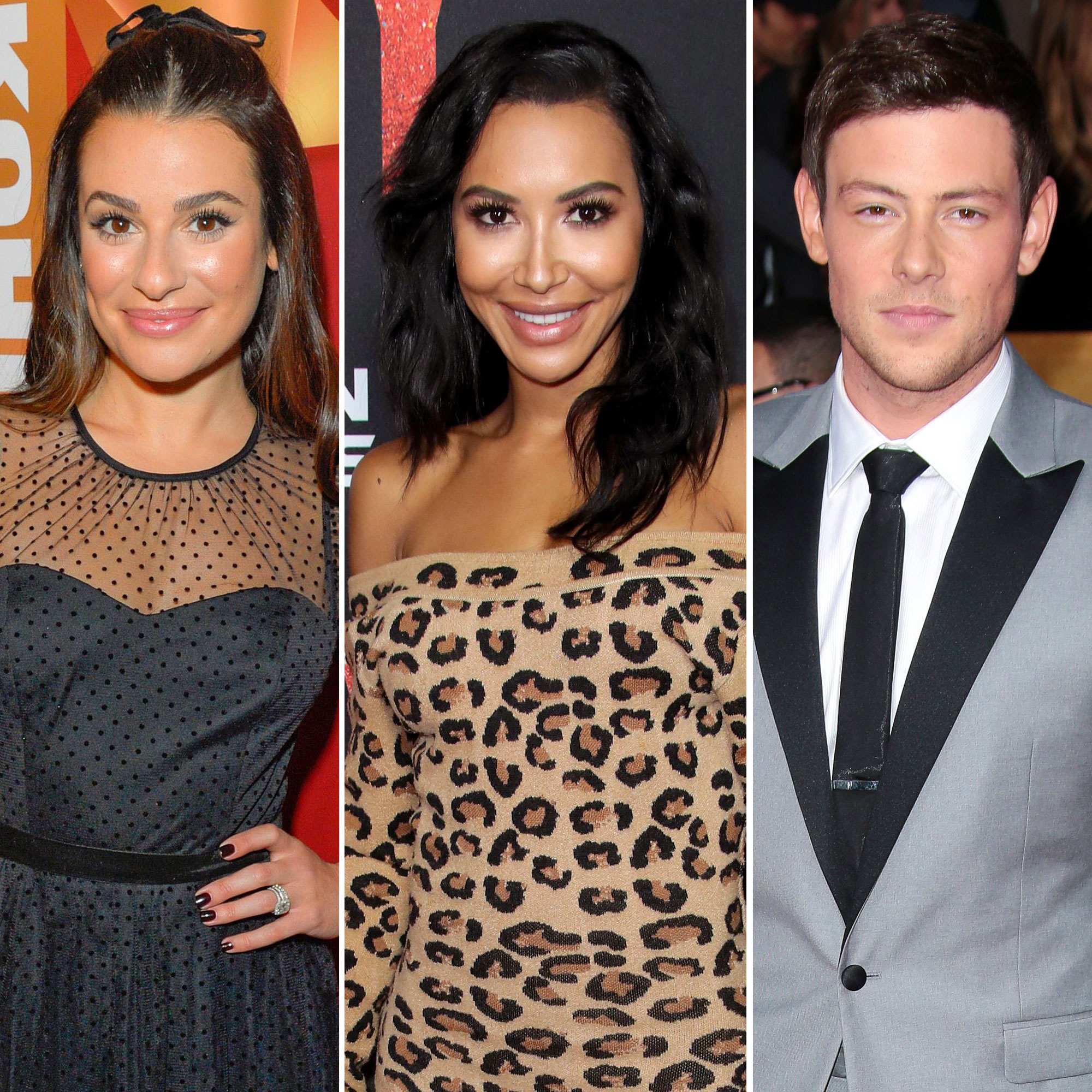 The former Broadway star posts in honor of Monteith each year on the anniversary of his passing. She shared a black-and-white photo of the Canada native in New York City via her Instagram Story on Monday, followed by a similar shot of Rivera in her Glee costume. She then added a pic of the cast at the beach together.

Michele, who is expecting a baby with husband Zandy Reich, deleted her Twitter account on Saturday, July 11, after Rivera’s disappearance. The tragedy came after the Mayor alum faced backlash in June for her treatment of previous costars, including some on Glee.

Glee’s Offscreen Tragedies Through the Years

“I clearly acted in ways which hurt other people,” the “Run to You” singer wrote via Instagram last month. “Whether it was my privileged position and perspective that caused me to be perceived as insensitive or inappropriate at times or whether it was just my immaturity and me just being unnecessarily difficult, I apologize for my behavior and for any pain which I have caused. We all can grow and change and I have definitely used these past several months to reflect on my own shortcomings.”

Amid her tributes to Rivera and Monteith on Monday, Michele’s Glee costars joined in by sharing condolences and stories from their time with the two. Several members of the cast — including Heather Morris and Amber Riley — also visited Lake Piru in California on Monday to pray for the Step Up: High Water star during the recovery effort.