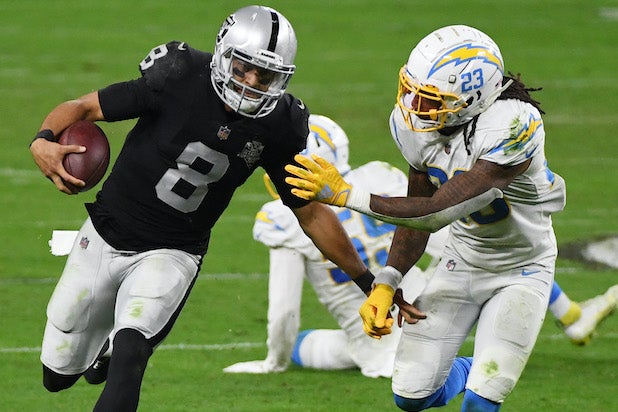 Many a wise person has said “never tweet,” and it’s advice Mark Davis, owner of the Las Vegas Raiders, probably should have heeded before deciding to wade into the conversation about the Derek Chauvin verdict with an incredibly tone deaf tweet on the team’s official account.

What was, we think, intended to be some kind of life affirming celebration of Chauvin’s conviction for murdering George Floyd did not land as intended, with pretty much everyone agreeing that the tweet was really, really, really bad.

Tuesday afternoon, after 10 hours of deliberation a Minneapolis jury (correctly) found Chavin guilty of all charges in the murder of George Floyd. The verdict was announced just after 4 p.m. local time after which Chauvin was remanded into custody. His sentencing is expected to take place in eight weeks. 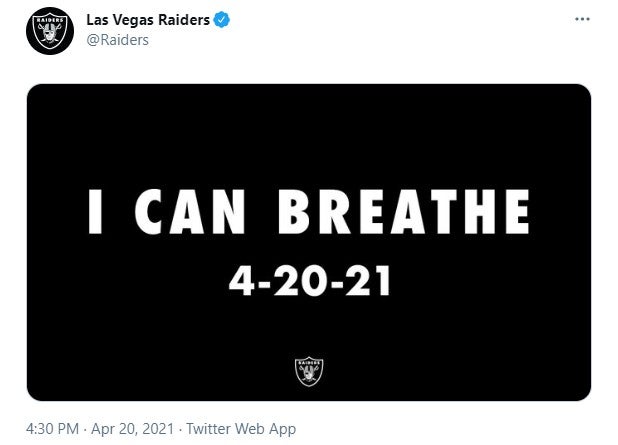 Which… yeah. There’s a lot wrong here, starting with the fact that the phrase inverts something George Floyd said to the officers who murdered him as he was pleading for his life. And well, as you can imagine it was very not well received.

“Do you have black people on your comms, digital, pr, legal department? Did you run this by any of them before posting this tweet? Are they empowered to give an honest answer? Cause this ain’t it. Nope. No sir. No ma’am,” said ex-NBA star Jason Collins.

“Ma’Khia Brooks. Age 15 was murdered by the police today. There is no breathing a sigh of relief. F*** y’all,” wrote author George M. Johnson.

And that’s just a very, very tiny sample. As of this writing the tweet, which hasn’t been deleted, has over 26,000 replies and has been quote-tweeted more than 59,000 times.

For his part, Davis is standing by the much-reviled tweet, telling the Las Vegas Review Journal, “I was driving home from a meeting when the verdict came in. Soon after, I was listening to George Floyd’s brother, Philonise, speak. And he said, ‘Today, we are able to breathe again.’ I took my lead from him. In my mind, that was all I needed to say — ‘I can breathe.’”

Suffice to say, the general reaction to that has been less “thanks” and more “thanks but hell no thanks.” See a sampling of replies below: