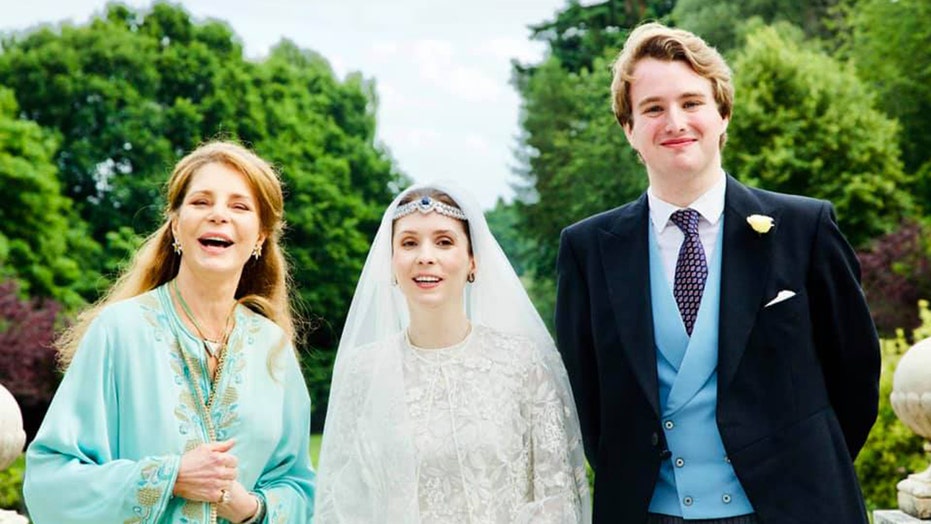 Princess Raiyah tied the knot on Tuesday to British journalist Ned Donovan, in what was the first royal wedding held since the coronavirus pandemic broke out earlier this year.

The royal, whose full name is Raiyah bint Al-Hussein, announced the exciting news on Twitter with thanks to the many people who wished the couple well on their celebratory day. Donovan is also the grandson of children's author Roald Dahl.

"Thank you all for your kind messages on our wedding!While it was originally planned for April in Jordan, the pandemic derailed those plans and it was safer for my husband’s family to hold it in the UK. God willing we look forward to celebrating in Jordan once the situation allows," she wrote on social media. 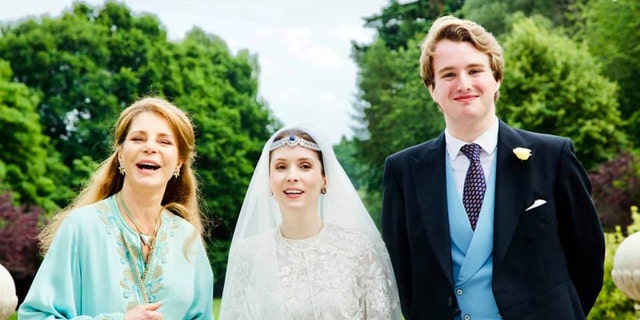 The bride wore a beautiful white gown with intricate beading and lace details while Donovan opted for a black jacket, light blue vest and pinstripe gray pants. The couple, along with Raiyah's mother, Queen Noor, posed for photos outdoors surrounded by lush greenery.

According to People, the couple got engaged on Oct. 26, 2019. At the time, the Royal Hashemite Court released a statement extending its "sincere congratulations" to the princess and Donovan.

MEGHAN MARKLE, PRINCE HARRY WILL FACE NEW CHALLENGES IN THE US AS THEY 'PUT DOWN ROOTS,' ROYAL EXPERTS WARN

She is also currently working toward a Ph.D. in pre-modern Japanese literature at UCLA.

Prince Andrew and Sarah Ferguson's daughter, Princess Beatrice, was set to wed fiancé Edoardo Mapelli Mozzi on May 29 but postponed the nuptials due to the novel coronavirus.

Ferguson penned a sweet note to Beatrice on what would have been her wedding day.

"Love you my darling Beatrice," Ferguson wrote on Instagram. "You have given me more joy than I could ever wish for. I am so excited to celebrate yours and Edo’s love when we all are out of lockdown. The most important thing is health and love and today I send it to you and all the other people that were getting married during this time .. so proud of you all."

Princess Theodora of Greece and Denmark also placed her ceremony with Los Angeles-based attorney Matthew Kumar on hold amid the global health crisis, according to multiple reports.