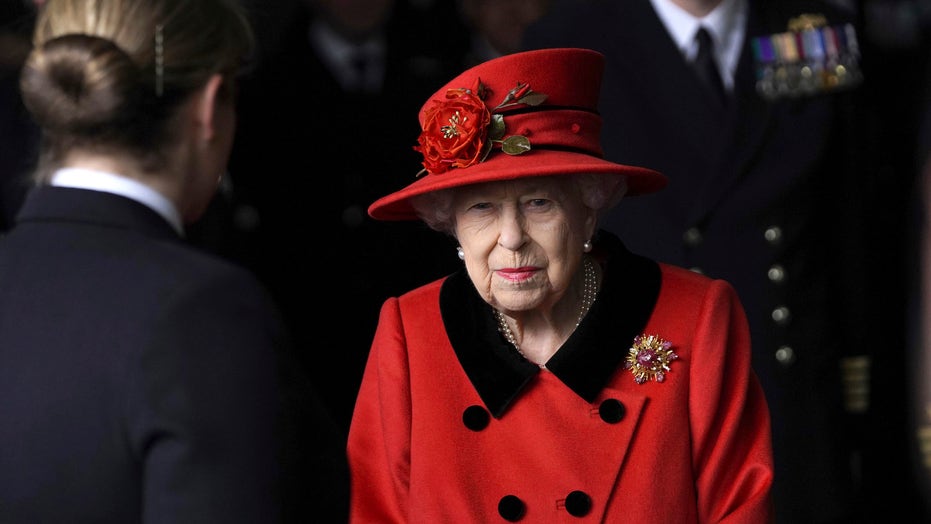 Queen Elizabeth II paid tribute to her late husband Prince Philip while making a quick visit Saturday to the Royal Navy’s flagship aircraft carrier ahead of its maiden operational deployment.

The HMS Queen Elizabeth, named after the Tudor-era monarch who vanquished the Spanish Armada, is set to depart from Portsmouth Naval Base in southern England. It will then lead a 28-week deployment to the Far East that Prime Minister Boris Johnson has insisted is not confrontational towards China. It will carry out visits to 40 countries.

For the outing, Queen Elizabeth II arrived by helicopter and was greeted by the ship’s commanding officer Capt. Angus Essenhigh and Commodore Stephen Moorhouse, commander of the U.K. Carrier Strike Group. 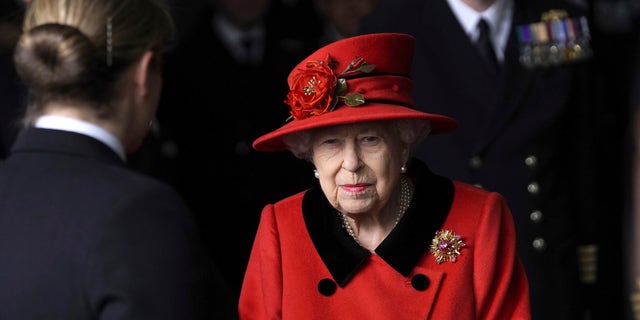 Britain’s Queen Elizabeth II smiles during a visit to HMS Queen Elizabeth at HM Naval Base, ahead of the ship’s maiden deployment, in Portsmouth, England, Saturday May 22, 2021. The monarch wore a brooch reportedly given to her by the late Prince Philip for the outing. (Steve Parsons/Pool Photo via AP)

She wore a red coat and hat along with a brooch, which was given to her by Philip in 1966, according to People magazine. Philip, who died in April at the age of 99, was a naval veteran.

Per the outlet, the 95-year-old queen donned the accessory for a portrait session that celebrated their 70th anniversary in 2017 as well.

Earlier this month, the monarch made her first public appearance since the funeral of her husband.

The queen attended the State Opening of Parliament in Westminster on May 11 and was accompanied by her eldest son Prince Charles and his wife Camilla, Duchess of Cornwall.

Wearing a lavender day dress rather than a full ceremonial gown and crown, the queen sat alone on a throne in the House of Lords, People reported. The Imperial State Crown, signifying the regalia of the Head of State, was placed on a table next to her.