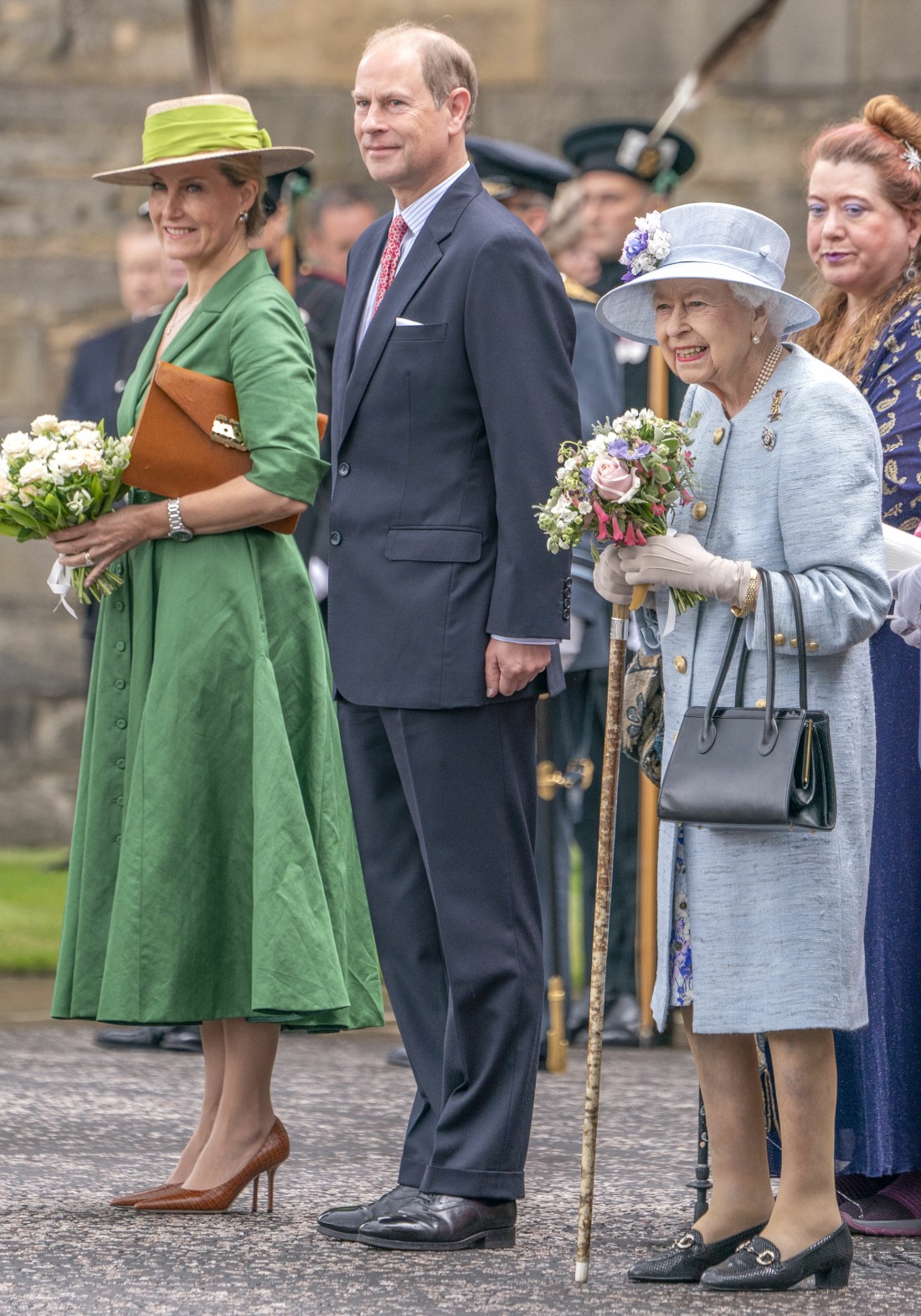 Immediately following the Jubbly, Queen Elizabeth went back to Windsor Castle and she’s been resting. A lot of resting. She’s done a few events, which were just people coming to the castle and the Queen standing in one place to greet them. On one hand, it definitely feels like the Queen’s advisors probably won’t push her to do big events from now on, like they did in the months and weeks leading up to the Jubbly. Now, whenever we see the Queen in public, it will be a surprise and it will be stage-managed to a crazy degree. So it was today in Edinburgh. The Queen arrived in Edinburgh for Holyrood week. She did a simple event where she “accepted” the keys to the city and that was it.

The Queen traveled to Scotland with Prince Edward and Sophie. When in Scotland, they use the titles Earl and Countess of Forfar, which I didn’t know! I mean, I knew about Scottish titles but I didn’t know E&S had the Forfar titles. My favorite Scottish royal title is probably Charles’s – the Duke of Rothesay. It sounds expensive! Remember this as well: Edward was supposed to be Duke of Edinburgh following his father’s passing. The Queen and Philip both promised Edward that he would become DoE. But Charles controls the title now and Charles refuses to give it to Edward.

As for Sophie, the Countess of Forfar, she didn’t look like she was wearing 1980s thrift store rejects for a change. She wore a nice, wrinkled, green coatdress. She didn’t even dress up like a Scottish flag, for goodness sake. I also think that when we do see the Queen outside of Windsor, it will mostly be with Sophie and Edward at this point. The Queen is particularly close to Sophie, and I would imagine Liz genuinely loves having her around. 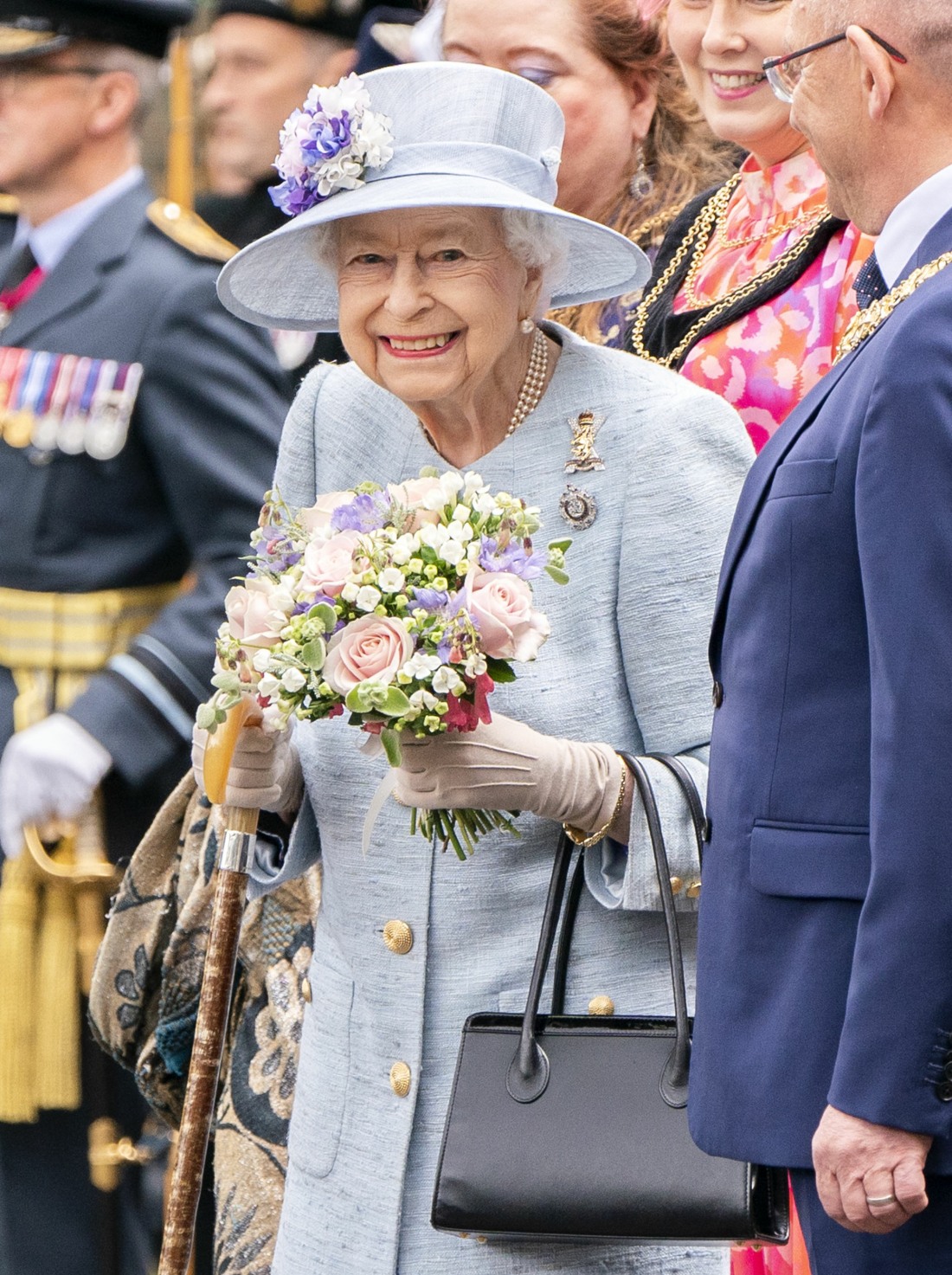 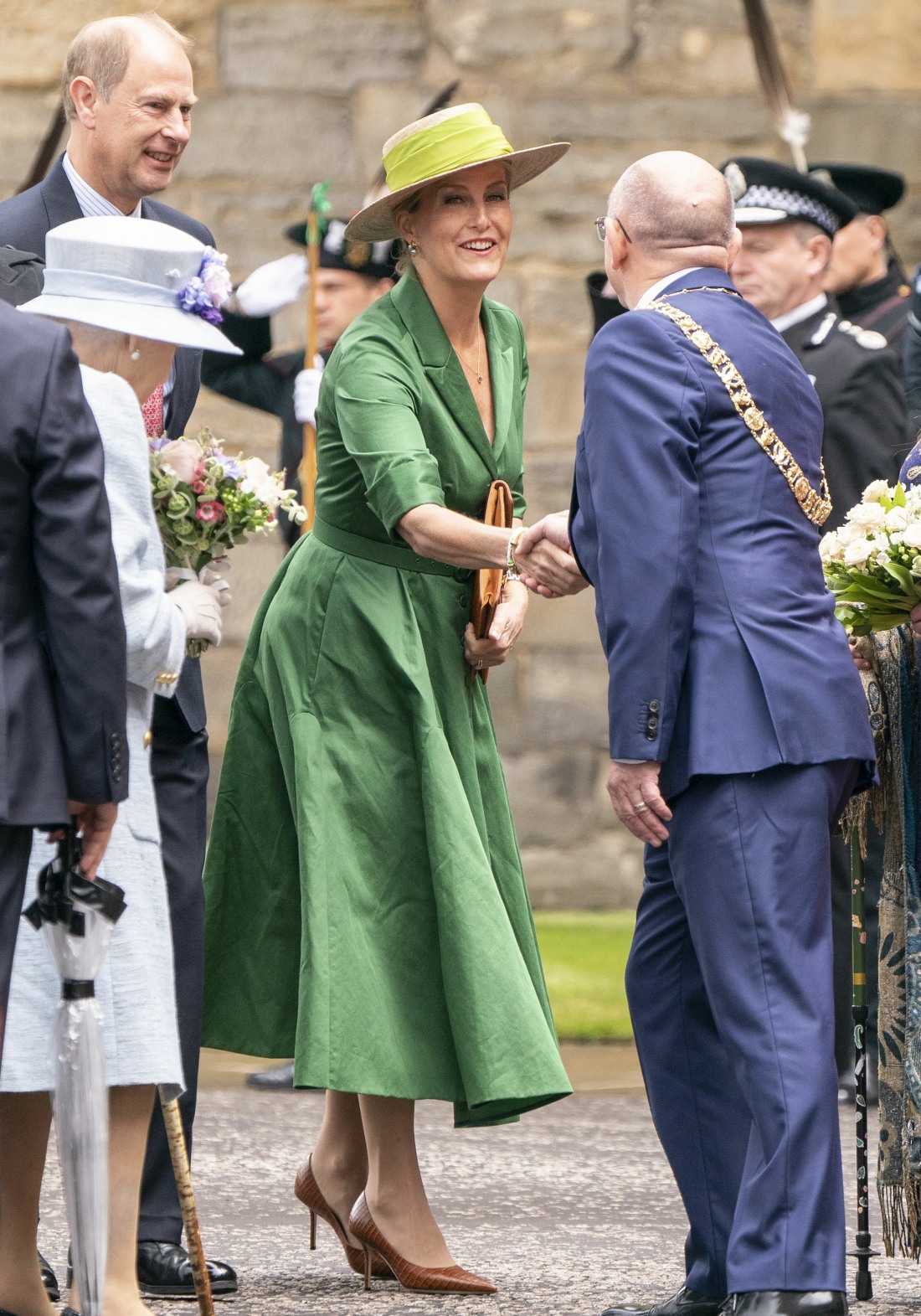