Reginae Carter sizzled on Instagram in a flirty, matching plaid outfit while dancing and singing along to her new song, ‘Truth’. What a stunner!

Reginae Carter is feeling herself. Lil Wayne‘s daughter, 22, just dropped a new song, and she excitedly grooved to the track on Instagram. Reginae posted a video of herself dancing and singing along to her verse in “Truth,” which she recorded with Mike Hart, and couldn’t hide her joy. “I’m always somewhere feeling a song way too much lol,” she captioned her December 11 post. “Everybody go get ‘TRUTH’ out on all platforms right now @thisismikehart ft. Muah.”

Reginae looked way too fabulous in her video. The former OMG Girlz member rocked a pair of shorter than short, red plaid hot pants that showed off her curvaceous legs while dancing around in her room. She paired the shorts with a fitted, matching blazer with a plunging neckline, and apparently nothing underneath. She accessorized with a diamond choker necklace, sparkly nails, and black ankle boots. Stunning!

Her followers were obsessed with her new song and her fit. “I love this song,” one fan commented while using tons of red heart emojis. “Okayyyy NAEE,” another commented, using the heart-eyed emojis. “The Bodyy.” Others simply dropped fire emojis in the comments, and tons of followers wanted to know where she got her ensemble. No leads yet, but here’s hoping she shares the details. 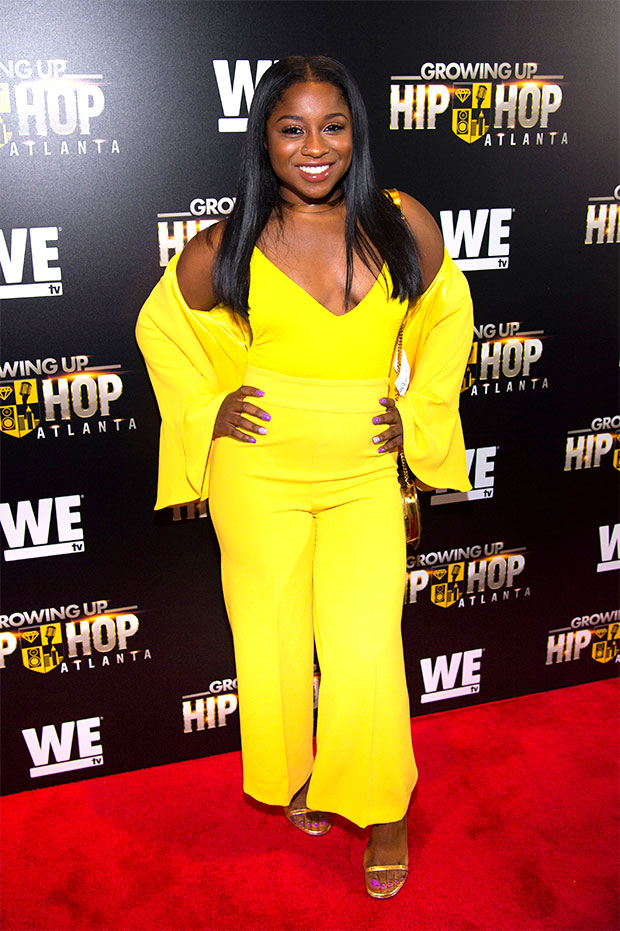 Reginae throws up the middle finger while lip-synching to “Truth,” but it doesn’t appear that it’s directed at any guy in particular. She and on-again, off-again boyfriend YFN Lucci are “working” on their relationship, the rapper said in a recent interview with Established. He also clapped back at fans who say that he “disrespected” her. “We’re trying to go back to how we was the first,” he said. “No drama, no bullsh*t.”