Shah Squad, assemble? Jen Shah is showing her gratitude for the supportive people in her life in the way she loves best — social media.

Jen Shah Arrested: 5 Things to Know About the ‘RHOSLC’ Star

The Real Housewives of Salt Lake City star, 47, took to Instagram on Monday, April 19, to thank those who have stayed by her side following her March arrest. She posted a quote graphic to her Stories reading, “True friends will be by your side through it all,” adding the hashtags “#ShahSquad #ShahStrong #JusticeForJenShah.” 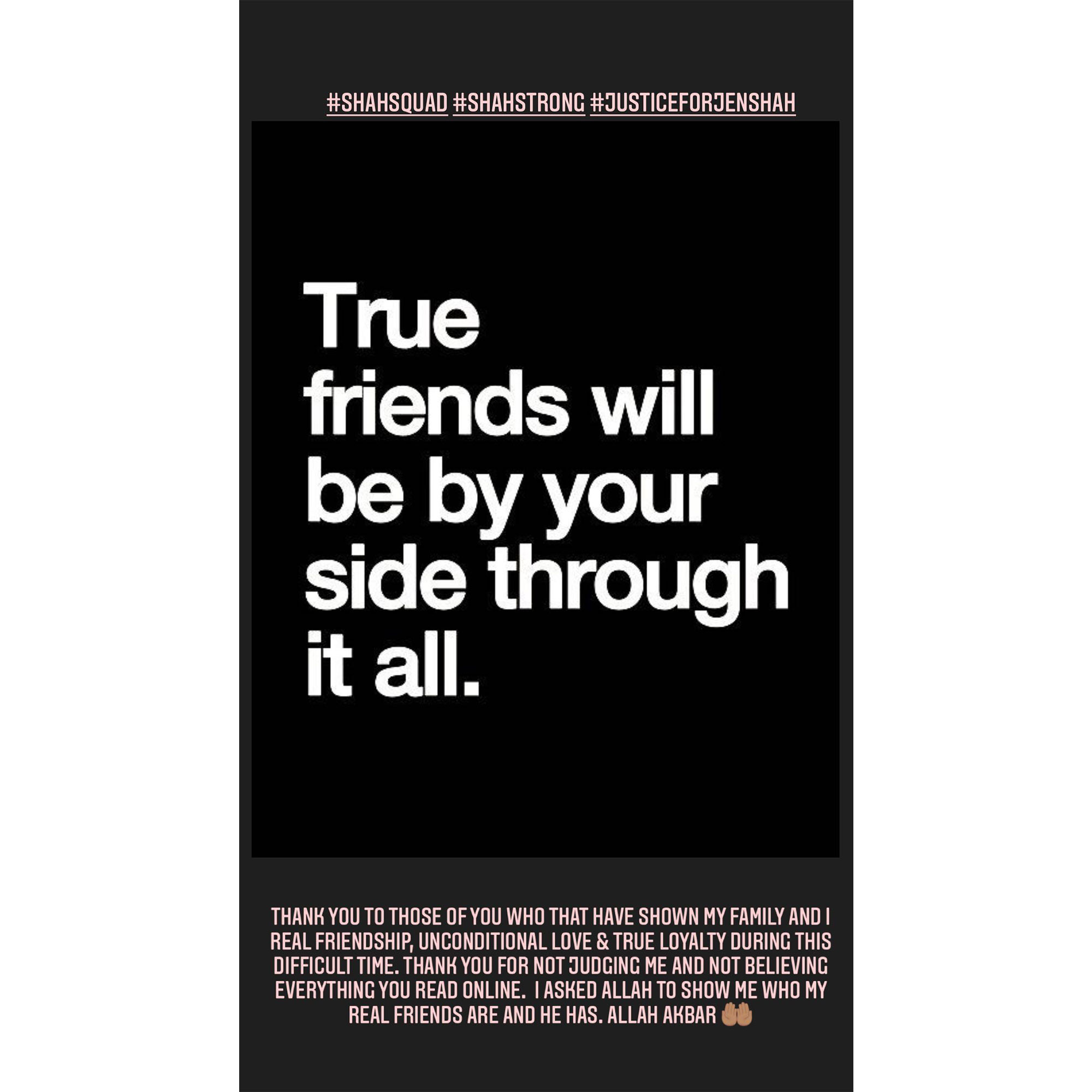 She also captioned the graphic with a message for the people who’ve been helping her through the past few weeks. “Thank you to those of you who … have shown my family and I real friendship, unconditional love & true loyalty during this difficult time,” she wrote. “Thank you for not judging me and not believing everything you read online. I asked Allah to show me who my real friends are and he has.”

Tamra Judge Weighs in After Jen Shah’s Arrest: ‘Why Go on Reality TV?’

Shah was arrested on March 30 for her alleged role in a telemarketing scheme that defrauded hundreds of victims. “Jennifer Shah, who portrays herself as a wealthy and successful businessperson on ‘reality’ television, and Stuart Smith, who is portrayed as Shah’s ‘first assistant,’ allegedly generated and sold ‘lead lists’ of innocent individuals for other members of their scheme to repeatedly scam,” Manhattan U.S. Attorney Audrey Strauss said in a statement at the time. 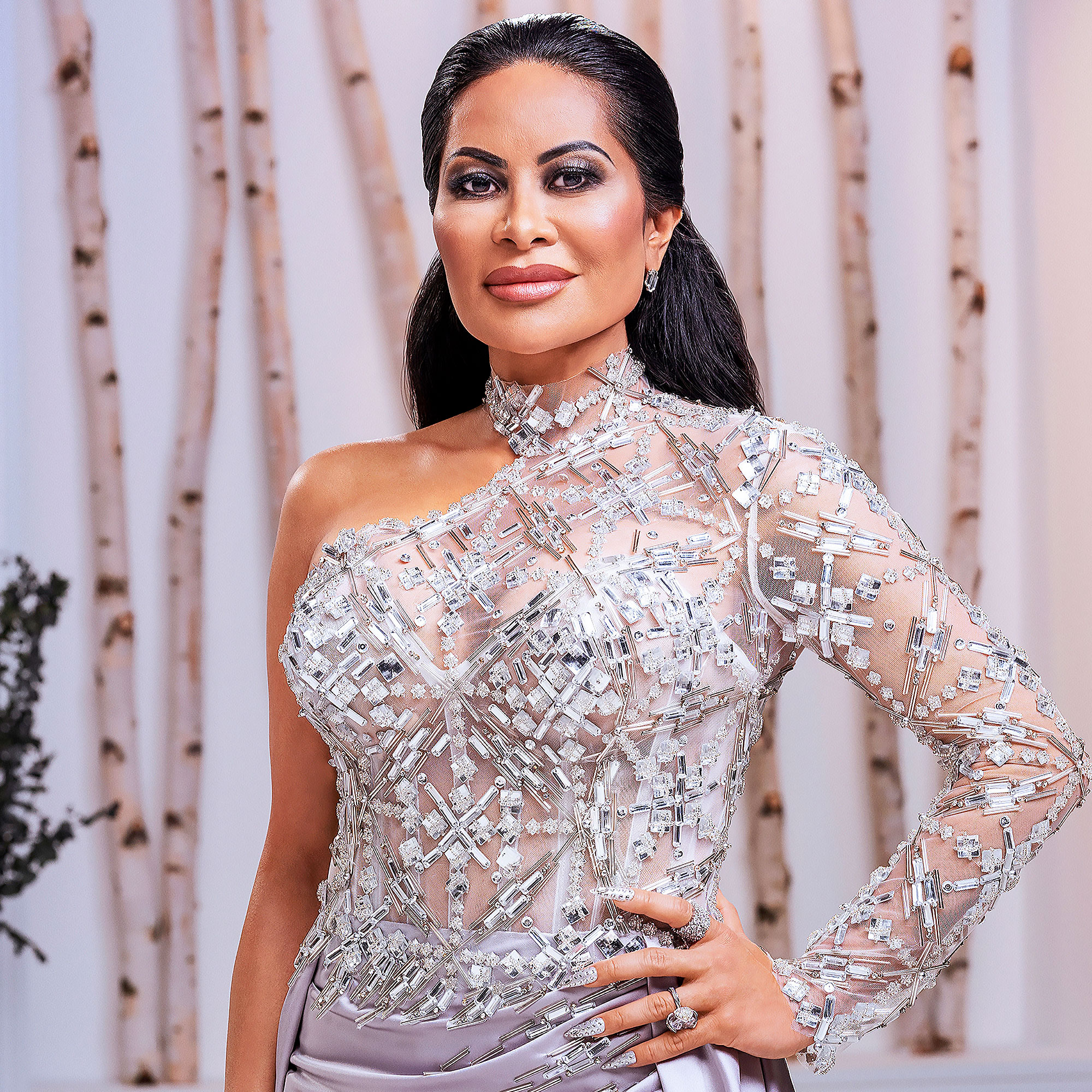 “In actual reality and as alleged, the so-called business opportunities pushed on the victims by Shah, Smith, and their co-conspirators were just fraudulent schemes, motivated by greed, to steal victims’ money,” Strauss continued. “Now, these defendants face time in prison for their alleged crimes.”

If convicted, both the reality star and her assistant could each face a maximum sentence of 30 years for the wire fraud charges and an additional 20 years for the money laundering charges.

Though season 2 of the newest entry in the Housewives franchise doesn’t yet have a release date, it’s highly likely that Shah’s legal troubles will end up on the show. “Jen was filming with a few of the other women present when she was arrested,” a source told Us Weekly in March, adding that Heather Gay, Whitney Rose and Meredith Marks were all present when their fellow cast member was booked. They “were completely shocked when Jen was taken away,” the insider added.

Everything We Know About ‘RHOSLC’ Star Jen Shah’s Legal Drama

Earlier this month, another insider told Us that Bravo plans to use as much footage of Shah’s legal drama as they possibly can. “Production sees this as a great story line. One that everyone will want to see unfold,” the source said. “It’s ratings gold. They’re going to use as much footage as they can that they’re legally allowed to use.”