This Morning favourite Ruth Langsford, 60, has spoken out after confronting a fellow shopper after he flouted the enforced two-metre distance rule during the coronavirus pandemic. The presenter addressed the situation on the ITV show alongside her husband Eamonn Holmes, 60, and revealed a “hairy-armed” man leant over her to grab potatoes at the supermarket.

While telling viewers about the difficulties of keeping others at a distance as a result of the COVID-19 lockdown, Ruth recalled: “I was in the supermarket the other day with my gloves and my mask on picking potatoes and then suddenly this big hairy arm came across.

“Literally a man leaned over me and I just said ‘excuse me’.

“But he looked at me like he didn’t know what I was talking about.”

“Then I stopped because I didn’t want to cause a scene,” the television personality admitted. 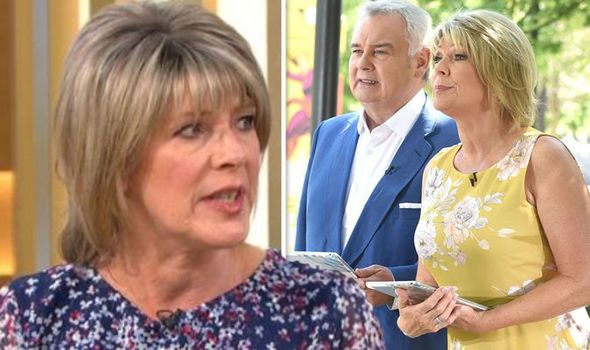 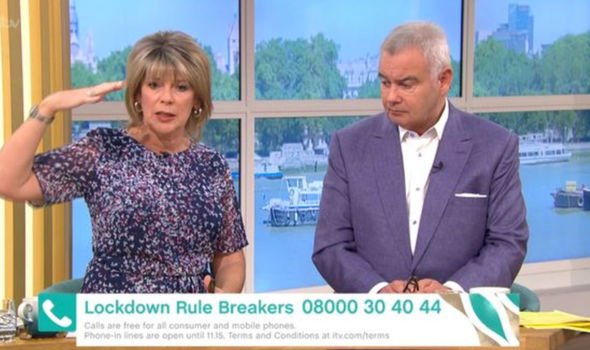 Ruth went on to say she found it “very hard” to deal with the issue at the time.

She continued: “How do you say, ‘excuse me but can you please move away and observe social distancing’? It’s very hard.”

The UK Government has instructed the public to follow social distancing guidelines by keeping more than two metres apart from anyone they don’t live with to stay safe during the pandemic.

Ruth’s comments come after her other half Eamonn addressed their different interviewing techniques. 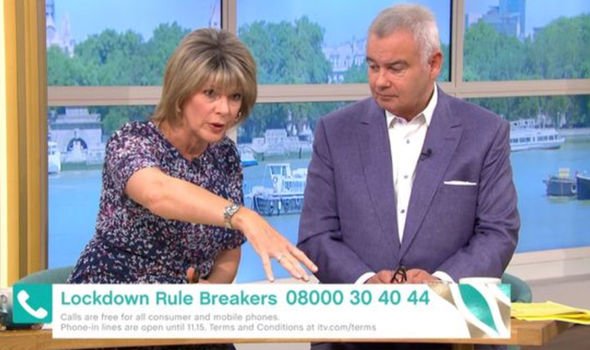 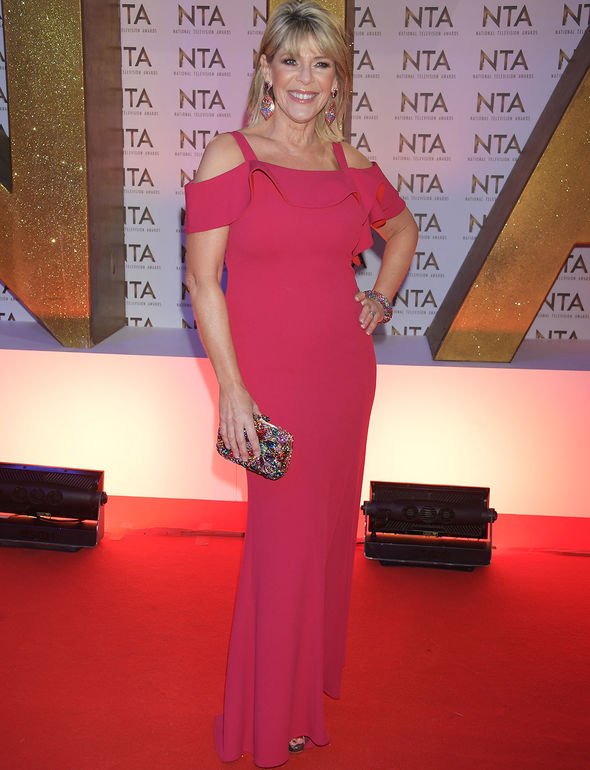 During their on-screen appearances, the Irishman is known for interrupting his spouse and making cheeky remarks.

Speaking to Suzi Perry during an Instagram Live last week, the father-of-four clarified something about Ruth.

“Despite what people say, Ruth is never a victim, never a pushover – never anything,” Eamonn stated.

Adding: “She is a strong individual and we have a good healthy relationship.”

Eamonn admitted the pair do not agree on “anything”, suggesting this is one of the reasons their partnership works both on and off-screen.

He continued: “It’s not that we agree on everything. As a matter of fact, she doesn’t agree on anything that I say – I say black, she says white.

“She makes a point of deliberately disagreeing with me, which is very annoying.”

Fortunately, the presenter said their “love and respect” for each other is what matters, before branding her a “goody-two-shoes”.

He said: “Relationships, as we all know, are complex, and they are quirky at times. Whatever it is, it works.

“At the end of the day, we love each other, we respect each other.”

Describing the Loose Women presenter, Eamonn went on: “Ruth is the goody-two-shoes, she will do exactly what you were told, like in school. I call her the lovely Ruth, she is very nice to people, very professional.