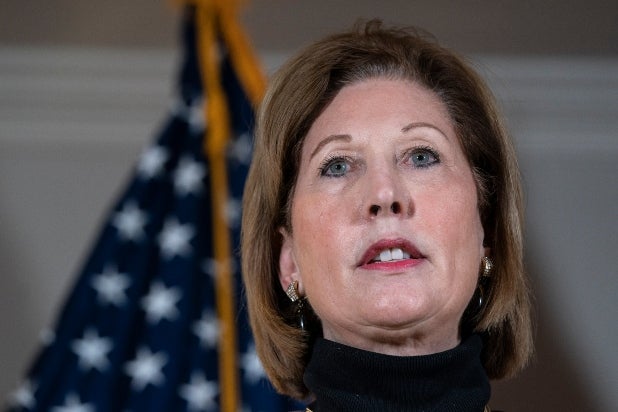 Sidney Powell, a former lawyer for Donald Trump, is moving to dismiss the massive defamation lawsuit against her by Dominion Voting Systems.

In her move to dismissal filed on Monday, Powell is trying to argue that “no reasonable person would conclude” that her false statements about Dominion, which alleged the company was engaging in widespread voter fraud, “were truly statements of fact.”

Dominion is suing Powell for $1.3 billion for defamation, arguing her frequent statements that accused Dominion of rigging the election in favor of Joe Biden “caused unprecedented harm.” Among Powell’s many false statements was an accusation that Dominion had ties to Venezuela and its former leader Huge Chavez, who died in 2013.

Powell is also part of a $2.7 billion defamation lawsuit from fellow voting machine maker Smartmatic. That lawsuit named Fox News, some of its on-air stars as well as former Trump campaign attorneys Rudy Giuliani as the other defendants.

Right-wing personalities repeatedly made baseless claims against Dominion and Smartmatic that falsely suggested that the company’s technology and voting machines were manipulated to produce inaccurate counts and rig the election against Trump, who was defeated by now-President Joe Biden last November.