Simon Cowell says he almost smashed his 'spine to pieces'

With the Queen missing the famous horse race for just the fourth time in the past 75 years, the Britain’s Got Talent creator was the highest profile spectator at the racecourse in Surrey. The mile-and-a-half flat race was won by Adam Kirby on 16-1 outsider Adayar, trained by Charlie Appleby. Her Majesty, 95, is believed to have watched the race on television from the comfort of Windsor Castle this year.

Reports suggested this was because she feared the Derby wouldn’t be the same with Covid-19 restrictions in place.

But 4,000 spectators made the most of the hot weather by sporting elaborate hats and summery dresses, as the Red Devils parachute display team performed overhead.

Last year’s Derby was held behind closed doors due to the pandemic.

Cowell, 61, and wife Lauren Silverman, 43, watched the racing from a box with their son Eric, seven, and Lauren’s son Adam, 15.

Before the big race, which was first run in 1780, Cowell was interviewed by ITV presenter Matt Chapman and said bringing Eric had brought back cherished memories of being taken to the Ascot by his parents when he was a young boy.

He said: “I have got my son Eric with me today. My mum and dad used to take me to Ascot when I was about the same age, seven or eight, so it is nice for me to bring him here today.” 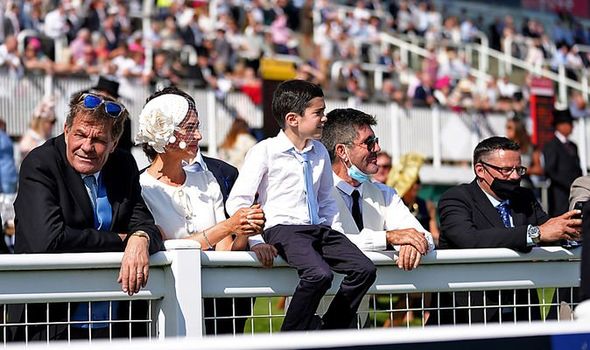 After the past 14 months of the pandemic he added it felt good to be at an event with a crowd again, saying: “The atmosphere is amazing. I think everyone is appreciating it more than ever.”

The X Factor creator revealed he is set to make a new show this year with ITV, details of which “I am shortly to announce”.

Jonathan Creek star Alan Davies, 55, was among around 7,500 spectators watching the fourth day of the First Test between England and New Zealand at Lords, the home of cricket in north London. And crowds flocked to beaches and parks to soak up the sunshine as temperatures hit almost 23C across parts of England.

Thousands of people packed on to Brighton beach in East Sussex and Bournemouth beach in Dorset, while in the north kayakers took to Derwentwater in the Lake District.

The mercury is forecast to rise even higher today, with 24C expected in London and 21C in Newcastle. 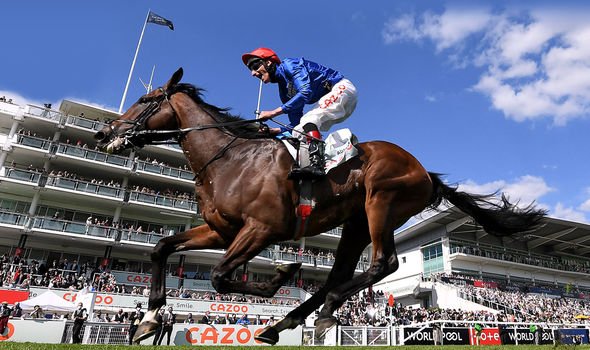 But Met Office meteorologist Sarah Kent said: “It’s not going to be wall-to-wall sunshine. First thing on Sunday morning there will be quite a lot of cloud across central parts of England, eastern Wales, and down to the South West.

“And in that zone there will be outbreaks of rain.”

Northern Ireland and northern Scotland will see the best of the weather today, with only the “odd rogue shower” forecast.

Showers and cloudy skies are forecast for northern England tomorrow, turning to sunshine, with thunder and heavy showers by mid-afternoon in central and eastern areas.

Temperatures are forecast to hit 25C in London and up to 21C in northern Scotland.