Several famous U.S. gymnasts testified at an open Senate hearing about the FBI’s handling of Larry Nassar’s abuse, and Simone Biles got emotional as she shared her powerful words.

FBI officials who investigated the allegations of sexual abuse against Larry Nassar have been accused of violated the agency’s policies in their investigation. On Sept. 15, a Senate committee held a hearing regarding the FBI’s handling of the entire situation. Some of Nassar’s most well-known victims, Simone Biles, Aly Raisman, McKayla Maroney and Maggie Nichols, were in attendance to testify.

As Simone gave her powerful opening statement, her voice cracked while she fought back tears. “I don’t want another young gymnast, Olympic athlete, or any individual to experience the horror that I, and hundreds of others, have endured before, during and continuing to this day in the wake of the Larry Nassar abuse,” she said. “To be clear, I blame Larry Nassar, and I also blame an entire system that enabled and perpetuated his abuse.” 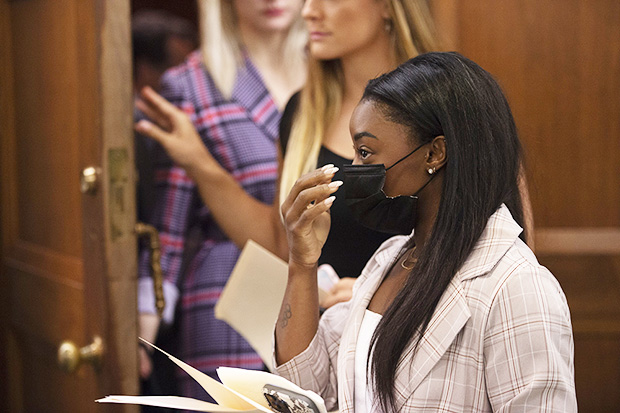 Simone reiterated her previous accusations against USA Gymnastics and the U.S. Olympic & Paralympic Committee, accusing both organizations of knowing about the abuse “long before [she] was ever made aware of their knowledge.” She admitted that she didn’t “understand the magnitude” of what was happening with the U.S. Gymnastic’s official team doctor until a now-famous article was published in the Indianapolis Star about it in the fall of 2016. She also claimed that the FBI never contacted her about the abuse accusations, even though officials at USA Gymnastics knew it was happening. 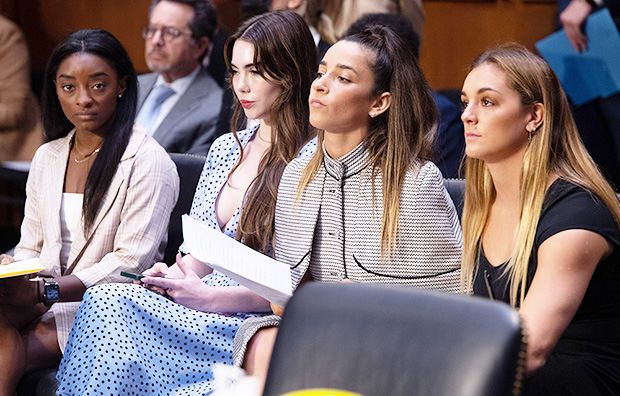 McKayla’s testimony followed Simone’s, and she flat-out called out the FBI for not reporting her abuse after she told them her story in 2015. “When they eventually documented by report 17 months later, they made entirely false claims about what I said,” McKayla claimed. She added, “I was shocked and deeply disappointed at this narrative they chose to fabricate.”

Simone and her fellow gymnasts have spoken at-length about what they experienced at the hands of Larry Nassar when they were just young girls. However, it wasn’t until after the Indianapolis Star article came out with Rachael Denhollander’s abuse accusations that other women began to come forward. In Nov. 2017, Nassar pled guilty to seven counts of first-degree criminal sexual misconduct with minors under the age of 16. He was sentenced to 40-175 years in prison in Jan. 2018.