“A Wedding by Clare and Noah 25.07.2020,” the Toronto native, 33, wrote via Instagram on Friday, August 14, alongside a handful of snapshots from the couple’s romantic beachside ceremony. In one photo, the newlyweds locked lips with champagne glasses in their hands, while another shows Reid and his groomsmen in mid-song.

The “Honesty” singer confirmed with a playful Instagram post in December 2018 that he had proposed to Stone. “Roommates for life 💍,” he captioned a black-and-white selfie of himself and his then-fiancée. 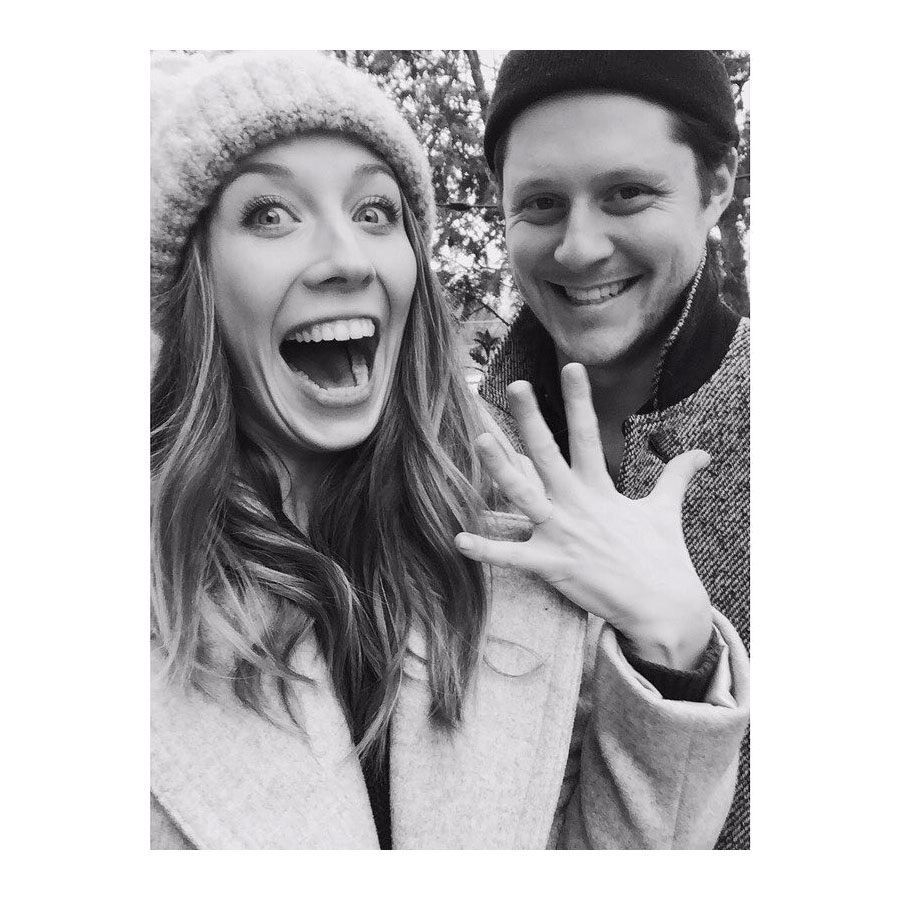 After sharing photos from their big day, Reid and Stone received well-wishes from their famous friends, including Grey’s Anatomy star Giacomo Gianniotti. “Absolutely amazing! Beautiful couple! Congrats and to many more! 🤵🏻 👰🏻,” the actor commented on Friday.

News of Reid’s nuptials comes shortly after Schitt’s Creek scored 15 Emmy nominations for its final season, which aired earlier this year. After hearing of the show’s impressive accomplishment, Eugene and Dan Levy, who cocreated and starred in the series together, were nearly at a loss for words.

“This morning has been the most incredible surprise,” the pair said in July as the nominations were announced. “We are overwhelmed and filled with gratitude for this recognition. Unfathomably proud of our little show.”

Reid joined the CBC sitcom during its third season in 2017, playing Patrick Brewer, the business partner and eventual husband of David Rose (Dan Levy). Patrick and David exchanged their vows during the final episode of the series, and even after fans said goodbye to Schitt’s Creek, the actors were proud of the “groundbreaking” impact their characters made.

“It’s both a wonderful thing and a kind of heartbreaking thing, just showing two guys falling in love with each other. I think that just goes to show how much more farther we need to go,” Dan told Awards Daily in a joint interview with Reid in April. “It shouldn’t be groundbreaking. It should be commonplace. But I suppose you need to continue to tell these stories, and I’m grateful to be a part of that conversation that has helped to change the way characters are seen on TV in our own small little way.”