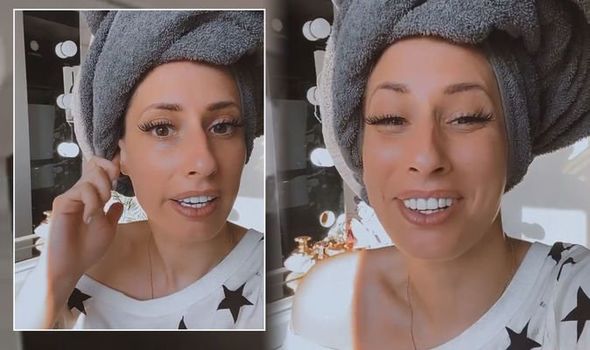 The mum-of-three, who lives with her boyfriend Joe Swash and her three sons Rex, one, Leighton, eight and Zachary, 12, candidly shared a picture which “embarrassed” her online this weekend.

The television star, who turned 30 last October, told her 3.4 million followers that she had officially joined the “grey club” after noticing her hair was going grey.

Sharing a close-up picture of her tresses, Stacey said she was “slightly embarrassed” by the photo.

As hair salons remain closed due to the coronavirus outbreak, the popular personality invested in a home dying kit to cover the greys, but admitted she “can’t wait to get it done properly”.

The Instagram star said she was “relieved” with the outcome after telling fans she was nervous previously. 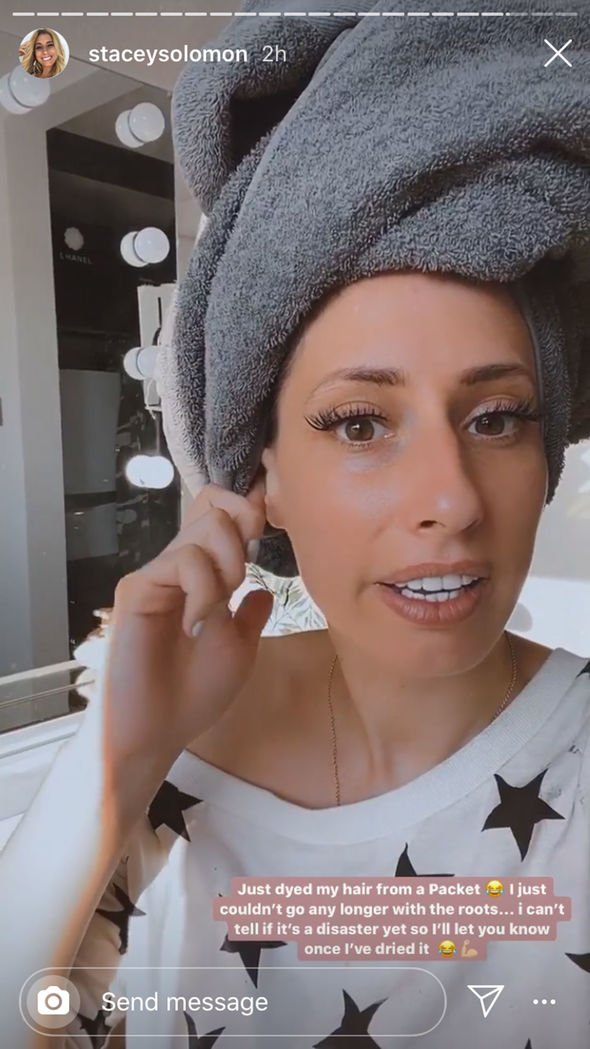 Talking directly to her social media followers with a towel wrapped around her hair, Stacey said: “I just done my at home hair dye kit and washed it off and now I’m nervous to take my towel off.”(sic)

“Oh well, you can’t go that wrong can you. Can you?” she worriedly remarked.

The popular television personality then whipped the towel off to reveal her handiwork.

She then posted a “Tap to Tidy” before and after picture online to showcase the finished results. 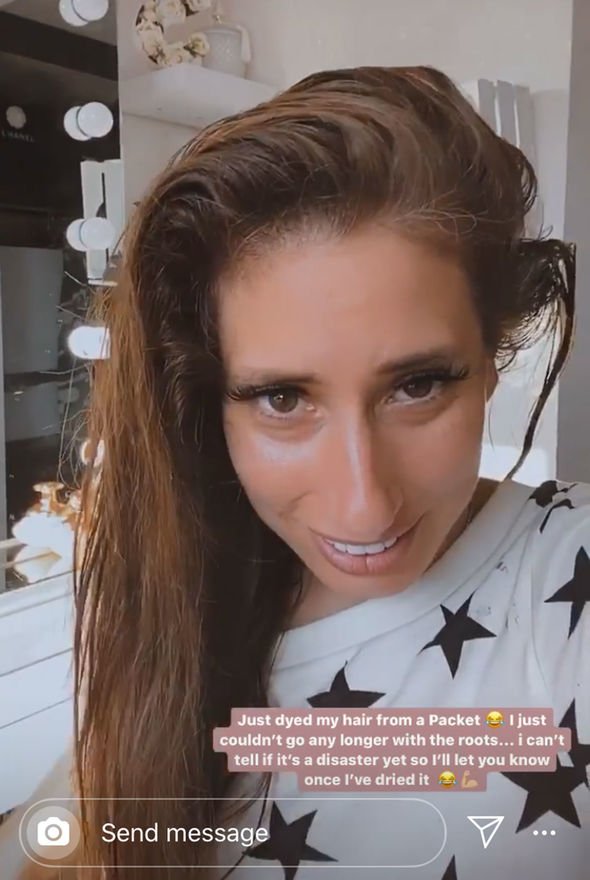 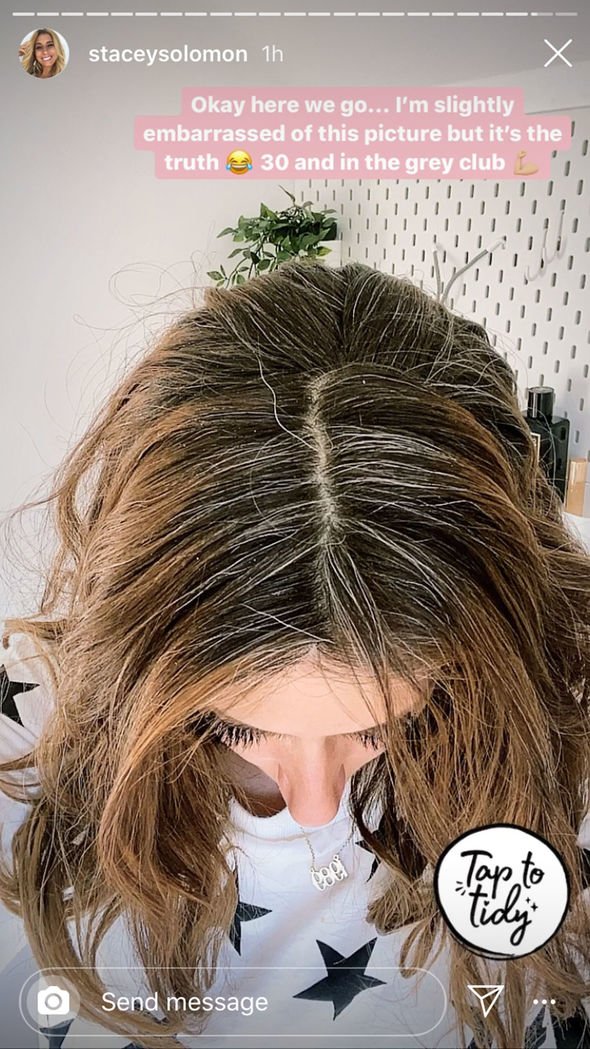 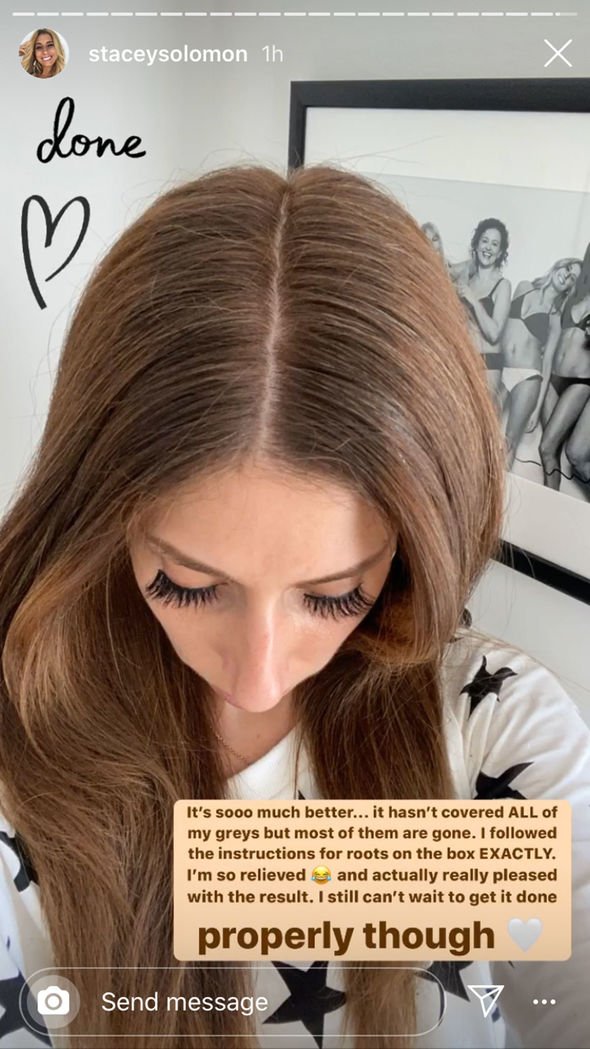 Alongside the first picture, Stacey wrote: “Okay here we go… I’m slightly embarrassed of this picture but it’s the truth [laughing emoji].

The second photo, which showcased her newly-dyed brunette locks, read: “Done. So much better… It hasn’t covered all of the greys but most of them are gone.

“I followed the instructions for roots on the box exactly,” she said, before adding: “I’m so relieved and actually really pleased with the result.”

“I still can’t wait to get it done properly though,” Stacey signed off.