Stacey Solomon, 30, has become something of an internet sensation recently and not just because of her ITV fame. The former X Factor songstress has found therapy in cleaning and tidying her home, taking a leaf out of her pal Mrs Hinch’s book of cleaning.

And fans love it!

Already popular on social media for her quirky personality, Stacey has dropped a huge hint that she could be adding yet another book to her collection, after revealing on her Instagram story that she would “love to” detail all her top tips in one place.

But she confessed the new project could bring on a wave of confidence issues.

Speaking to fans via the social media platform, she answered one viewer’s question about a potential book deal. 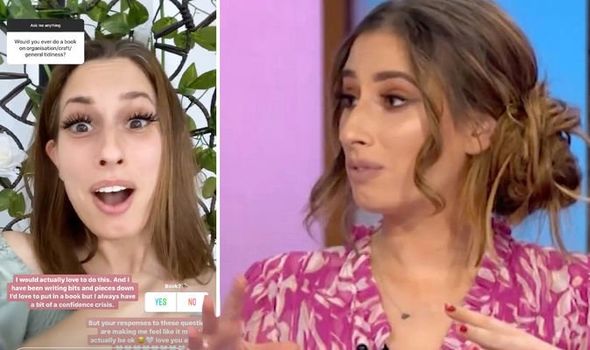 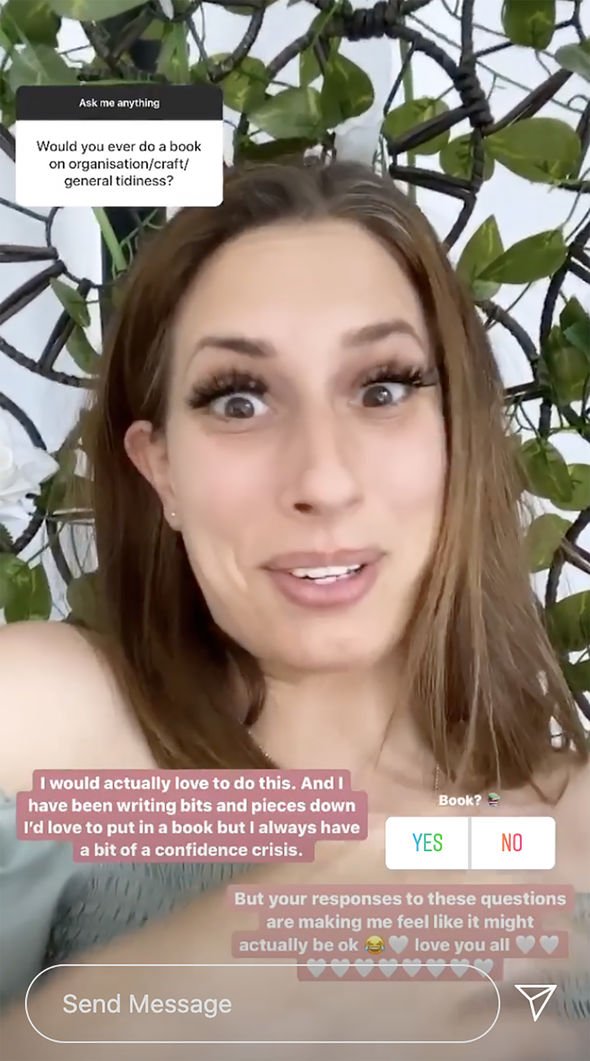 They asked: “Would you ever do a book on organisation/craft/general tidiness?”

“So many of you are asking me this and I’d absolutely love to!” the star exclaimed.

“I’ve even written down so many ideas and stuff that I would want to put into book but I’d have a confidence crisis thinking, ‘Nobody needs these ideas they’re rubbish, who do you think you are!'” she confessed.

But with 3.3million followers and counting on the photo app and fans all over the world adopting her cleaning style as the “tap to tidy” trend takes off, a book might be in the pipe-line. 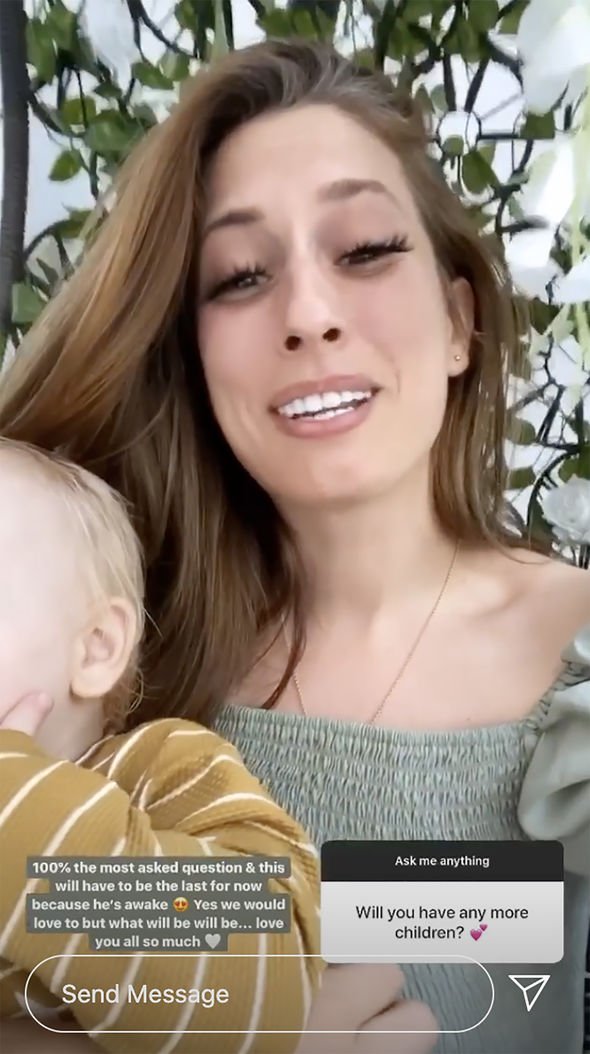 The Loose Women star already has four published books that were all a huge hit.

Last year, she released Happily Imperfect: Living Life Your Own Way, an autobiography about her journey and how she has stayed positive along the way despite the pressure to look perfect in the public eye.

But a new book wasn’t the only thing she pondered upon during her daily chat with fans.

She also revealed she want to have another baby with her boyfriend, Joe Swash.

The pair recently welcomed young Rex to their growing family, and it seems they could be in talks about adding another little one to the clan.

Talking to her followers, she was asked if she will have any more children after welcoming her youngest in 2019.

As she brought the tot into the video, she chuckled: “Someone woke up for the most asked question!”

Stacey continued: “I don’t know, you never know what will happen in the future. But yes, maybe.”

In the footage, she penned: “100% the most asked question and this will have to be the last for now because he’s awake.

“Yes we would love to but what will be will be.. love you all so much.”