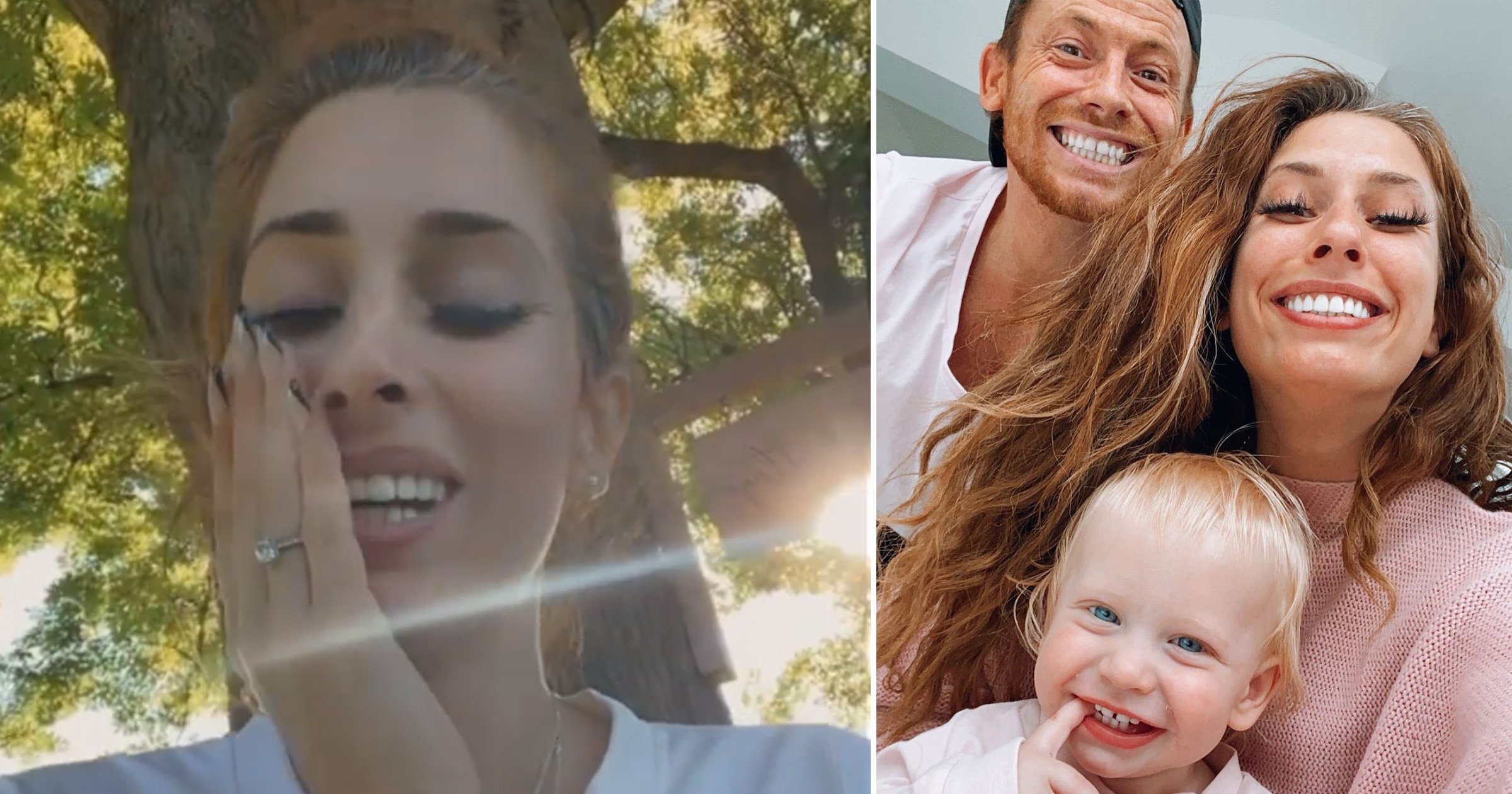 Stacey Solomon has provided an update on son Rex post-procedure, who had a nasty fall over the weekend which saw him need stitches on his lip, as she posted her heartfelt thanks to the NHS.

The Loose Women panellist spent yesterday packing bags as her two-year-old son prepared to return to the hospital so he could be given ‘proper stitches’ to replace the butterfly strips he had from over the weekend.

In her Instagram Stories on Monday, Stacey explained: ‘We had a nightmare yesterday. Rex fell over in the garden and we were like, “Up you get”. Then we looked and it was not an “up you get” situation.’

After sharing her careful packing on Instagram, explaining that she was adding bits for herself like a blanket, eye mask and pillow ‘because I think I may be on a chair tonight’, the TV star showed herself snuggled up with her son on the hospital bed in the early hours of this morning watching Moana.

Stacey had bought in home comforts for herself and Rex, including snacks, a plant, a nightlight and his treasured bunny soft toy, admitting as she waited for doctors to finish with her toddler: ‘Honestly I can’t tell you what a fake plant, and a blanket do to a room. It makes me feel so much less worried when I bring home things with me to places [sic].’

Then later on Tuesday afternoon she posted a quick update of Rex after getting his stitches, with a photo of her clutching his small hand captioned: ‘I got my pickle back.’

The 31-year-old then shared a sincere thanks to the NHS for her son’s treatment, as she sat with him sleeping in her arms and reassured fans that everything had gone ‘so well’ and that they would ‘be back home soon’.

After thanking fans for their ‘lovely kind messages’, she continued: ‘Thank you to everyone here @bhrut_nhs [Barking, Havering and Redbridge University Hospitals NHS Trust] from giving birth here to fixing the pickles your staff and everyone who works so hard in your trust have always been so amazing [sic].

‘And I know first hand how busy and hard worked you all are. So grateful to our NHS, always and forever… Thank you for all that you do. You’re so incredible. And we are so lucky to have you [sic].’

The TV personality is currently pregnant with her fourth child – her second with fiancé Joe Swash – which she announced earlier this month.

Stacey is also mother to sons Zach, 13, and Leighton, nine, from previous relationships while Joe also has a son called Harry, 13, with former fiancée Emma Sophocleous