Steph McGovern, 37, set the record straight on a few things during her Not Bad For A Monday podcast which she co-hosts with her pal Claire and producer Geoff. Steph wanted to address the time she had accidentally made an x-rated joke on-air during The Steph Show last month.

I said ‘One day in the shower did you just crack out a Nessun Dorma?’

Steph’s new self-titled Channel 4 show was due to launch in March in a studio in Leeds, but due to the coronavirus lockdown the former BBC star and her team had to improvise.

The show was moved to the comfort of her own home, but has since halted production to give her family “a break”.

As the program began with new surroundings, Steph confessed she was very wary of saying anything that might get her into trouble.

But she accidentally put her foot in it while talking to Opera singing doctor, Alex Aldren, who has become a viral Internet sensation after a video of him singing Puccini’s aria Nessun Dorma to NHS staff during a rare quiet moment in the hospital, went viral.

Alex is a Royal Academy of Music opera student who studied medicine at the University of Birmingham and worked at the Royal London Hospital in Whitechapel.

During the coronavirus pandemic, he is among others who have returned to the frontline to help the battle the deadly illness. 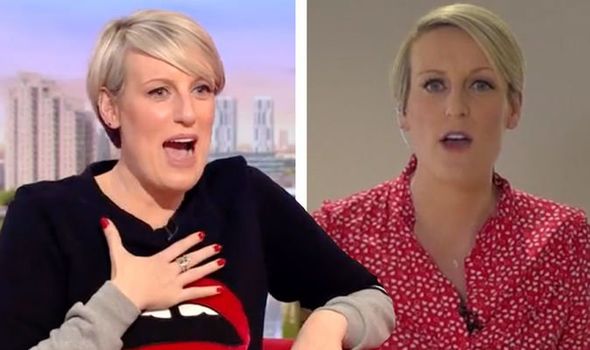 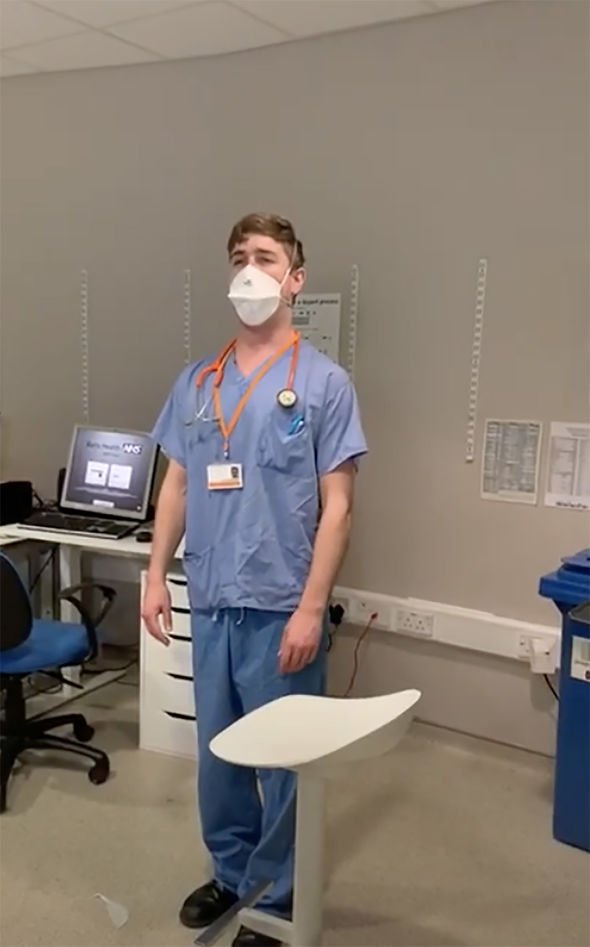 He appeared via video link and Steph was keen to find out how he had discovered his sensational voice.

She asked: “You know, when you say you discovered your voice, did you knock-out a Nessun Dorma in the shower or something?”

And it wasn’t long before the innuendo was picked up by fans who had a good hoot at the risqué accident.

Recalling the incident, Steph giggled to her pals Claire and Geoff about the “very innocent” mistake.

“I said ‘One day in the shower did you just crack out a Nessun Dorma?’

“Now I said that very innocently!” she moaned, as her co-hosts spluttered with laughter.

“Its become a euphemism, because one of my mates text me saying ‘I’m going for a shower to crack out a Nessun Dorma.’ 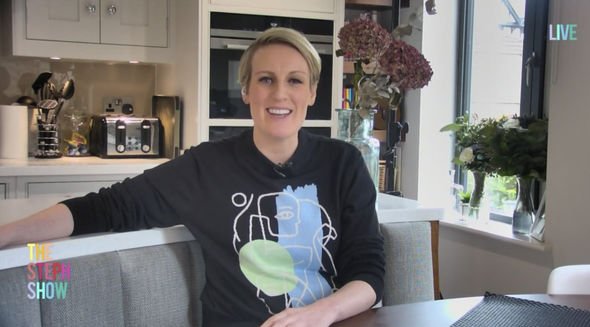 “That’s the other [thing], when you accidentally do an innuendo that you didn’t mean to do and everyone thinks your some kind of sex pest!” she cackled.

The Steph Show featured many celebrity guests, but because of the different setting, some seemed to have forgotten the rules of broadcasting – no swearing.

As Steph was recalling her awkward naughty comment, she also touched on the celebs she had to slap on the wrist for cursing on-air.

“It’s on at lunch time so you can’t swear,” she began.

“It’s family time, so a lot of kids are watching at home as well so I’ve been really conscious of not saying anything wrong.”

Matt Lucas featured on the show at the beginning of April, and was the first casualty to drop a swear-bomb.

“I had to apologise for him,” Steph admitted, before revealing he wasn’t the only one.

Actor Bill Bailey was also guilty of using language not deemed appropriate before the watershed, leaving Steph liable to apologise for him as well.

“I’m not going to make it to the end of the week!” she remembered thinking.

The Steph Show is broadcast at midday everyday of the week to give fans a pick-me-up during these trying times.

But last week, she admitted that she “didn’t expect” it to go on this long and has decided along with her team, that the program will be halted until they can broadcast from a proper studio.

She took to Twitter to share the news: “As much as I’ve loved doing a lockdown show at home I never expected it to go on this long. We’ve decided it’s time to have a break and give my family our home back.

“The proper prog will be launching when the Leeds studio is sorted, I may still be wearing slippers #TheStephShow.”

She followed it up with another post, letting fans know when the final epsiode will be aired before they say goodbye to her living room.

“The last locked down version of #TheStephShow will be next Thurs 7th May.

“Then the plan is to launch again at our fancy studios at Leeds Docks in a couple of months, once they’re safely up and running.”

Not Bad For A Monday podcast airs at 10:30am on Acast.