Stephen Colbert is dealing with a new illness that’s affecting his ability to stand up.

The 56-year-old late-night host has been struggling with a lot in 2020, not the least of which being having to figure out how to continue doing his show with coronavirus lockdown restrictions preventing him from having a live studio audience.

In addition, the comedian was diagnosed with a medical condition called benign positional vertigo. According to the Mayo Clinic, it’s a common form of vertigo that presents a sudden sensation of spinning in one’s head if the position of the head is changed in the wrong way. It can cause “mild episodes” of intense dizziness, nausea and a loss of balance.

Speaking to Vanity Fair, where he first revealed the diagnosis, Colbert seemed to be taking his new medical condition in stride.

“It’s almost entertaining, until I forget,” he told the outlet. “And then I go to stand up, and then I just fall down. So, I’m coming to you right now from a very weird angle, slightly listing to port.” 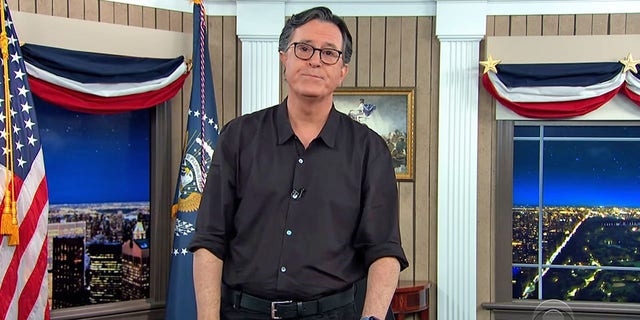 Later in the interview, Colbert’s wife, who has been an important off-camera cog in “The Late Show” machine during its time in quarantine, interrupted to remind the star to do his prescribed vertigo exercises.

Although the star joined several of his other late-night cohorts in returning to work after filming the show from home with his wife and kids acting as crew members, he continues to tape from an office in the Ed Sullivan Theater since he’s still not allowed to safely have an audience.

He notes in the interview that he’s desperate to have things return to normal, but admits that it’s easier to talk about the events of the world in a more intimate setting.

“Individuals at home or in small groups can receive this material in a much more raw state. You can get as dark as you want within your own ethical guidelines, without the concern of how you kill the vibe of a room,” he explained. “As much as I want my audience back, and I desperately do, it would be extremely difficult to talk about what’s going on in the world right now to a group of people who normally have a party atmosphere.” 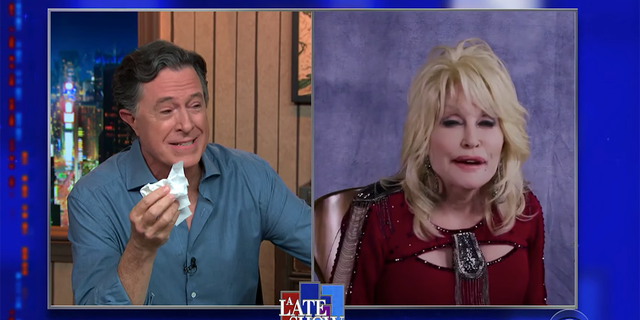 Prime examples of Colbert exercising a more serious tone in a more intimate setting include his emotional monologue on election night after Donald Trump seemingly declared victory prior to many mail-in ballots being counted as well as him tearing up on-screen after Dolly Parton sang a song.