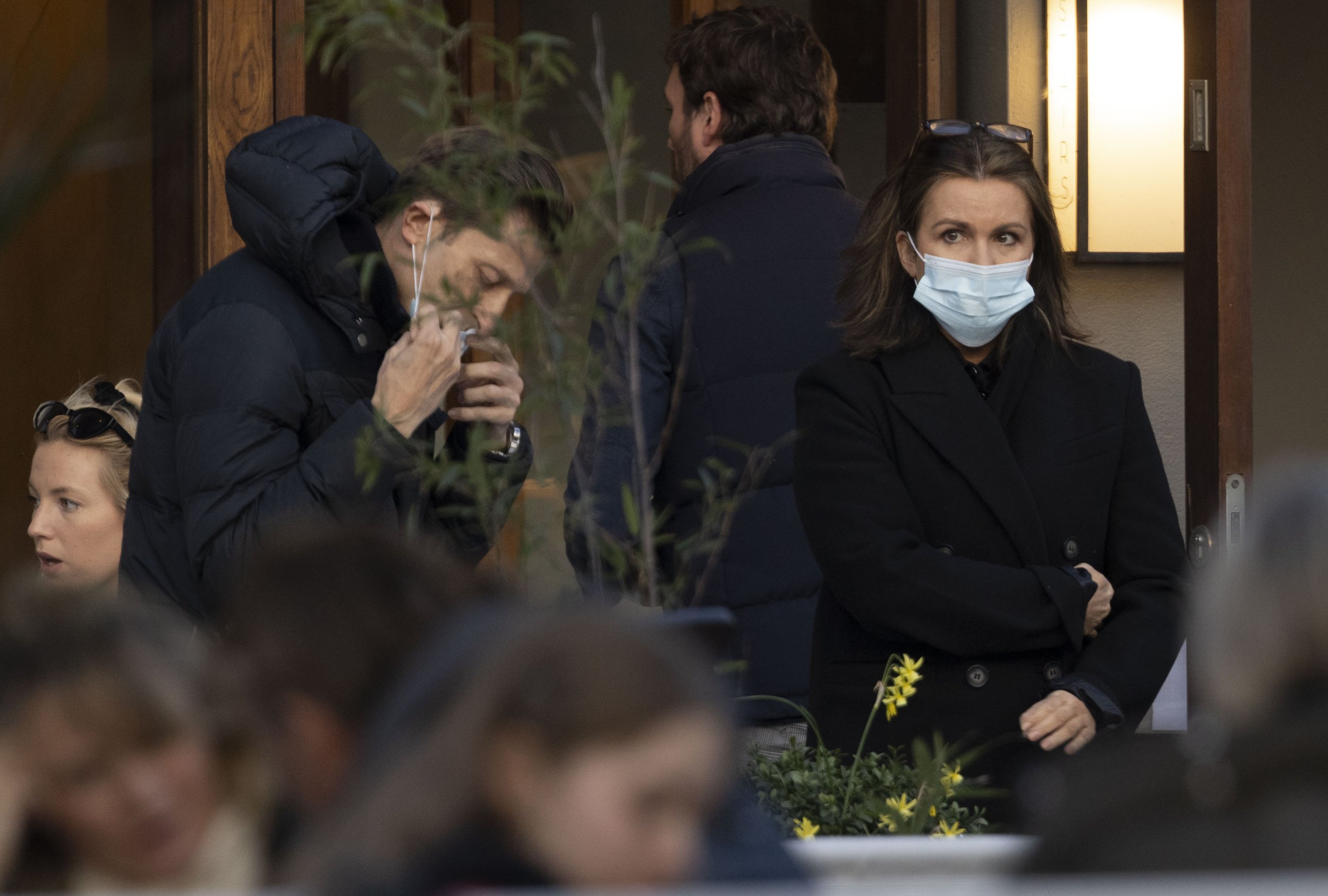 Susanna Reid has sparked rumours that she’s back together with her ex-boyfriend, Steve Parish, after they were spotted enjoying a dinner date.

Clearly they’re still on friendly terms following their split in 2019 after dating for around eight months.

Like the rest of us dining al fresco these days, Susanna wrapped up warm in a thick black coat and a pair of stylish heeled boots, while Steve braced himself against the chill with a puffer jacket.

The on/off couple were fully engaged in conversation as they made their way to the restaurant and, once sat at their table outside, spotted a couple of friends who went over for a quick chat.

It comes just days after Susanna, 50, interviewed Steve, 56, on GMB about the Super League controversy.

Crystal Palace chairman Steve had his say on the drama, and praised those who helped overturn the decision.

However, viewers couldn’t help but analyse the chemistry between the estranged couple.

One asked: ‘Didn’t Susanna use to date Steve Parish.  #GMB.’

‘Awkward isn’t that Susanna‘s boyfriend or ex-boyfriend #GMB,’ another said.

Another queried: ‘Are Susanna and Steve Parish still together? Weird interview if so… #gmb.’

Susanna has always kept her dating life fairly private but was pushed into addressing her split from Steve in April 2019 by her former GMB co-host Piers Morgan.

‘Let’s not dwell. I’m fine, we’re fine, we were at the match on Saturday,’ she said at the time. 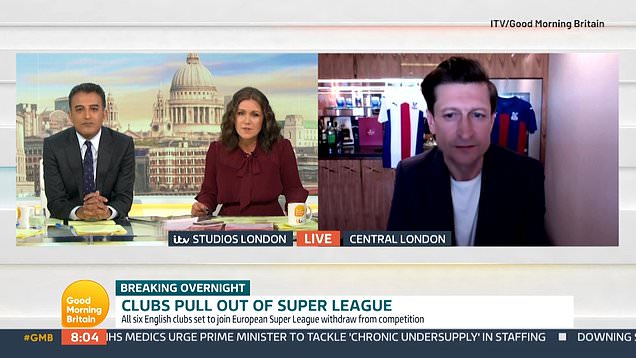 In June 2020, sources claimed the pair were actually back together after deciding to give it another go.

A source told The Sun: ‘Steve has been over a few times. It’s quite conspicuous when he goes there because he has a very flash car. But otherwise they’ve always got on well.’

‘Hopefully things work out well for them. They’re both lovely.’

Susanna was previously married to Dominic Cotton for 16 years and they welcomed three sons – Sam, Jack and Finn.

They started dating in 1998 before separating in 2014, but have remained close friends.

Metro.co.uk has contacted Susanna and Steve’s reps for comment.

Got a showbiz story?
If you’ve got a celebrity story, video or pictures get in touch with the Metro.co.uk entertainment team by emailing us [email protected], calling 020 3615 2145 or by visiting our Submit Stuff page – we’d love to hear from you.