Having received negative comments about her appearance on social media, the ‘Europhia’ actress bursts into tears during a live session to address the viral post.

AceShowbiz –Sydney Sweeney is calling out the social media bully who insulted her appearance. Finding herself being described as “muppet” and “ugly” by an online troll, the “Euphoria” actress reminded others to be nicer on social media.

On Saturday, May 8, the 23-year-old took to Instagram Live to address a viral Twitter post that negatively criticized her look. Fighting back her tears, she said, “Apparently I am trending on Twitter right now for being ugly. I think it’s really important for people to see how words actually affect people.”

Further sharing her thoughts on the matter, the “Nocturne” actress went on to say, “I know everyone says, ‘You can’t read things,’ and ‘you shouldn’t read things,’ but like, I’m a f**king person!” She added, “I’m just sitting here with my dog Tink watching HGTV wearing my Snuggie.” Before ending her live session, she declared, “People need to be nicer on social media because this is really f**ked up.”

On Saturday, one social media user started a thread on Twitter by posting a tweet that read, “Here I’m gonna FORCE y’all to look at her with no boobs.” In a following tweet, the user stated, “She looks like a muppet.” A debate about the post quickly escalated, prompting the user to announce, “Before I mute this I got one last thing to say. She ugly den a b**ch.” 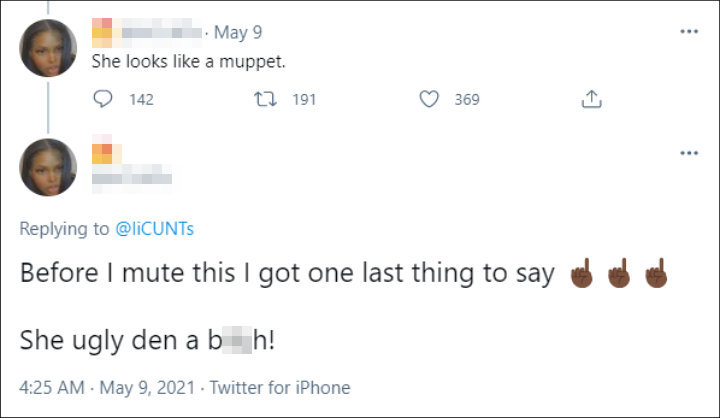 The online insults have prompted Sydney’s fans to voice their support for her. Replying to the negative remarks, one fan wrote, “Subjecting a woman to only being reduced to breasts is really weird. Get help please.” Another added, “I cannot believe you’re so miserable and insecure that you went out of your way to make this tweet… sad.”

A third fan questioned the point of the initial tweet by pointing out, “She’s still pretty… what was the goal here?” A fourth chimed in by tweeting, “Ur so weird for this.” 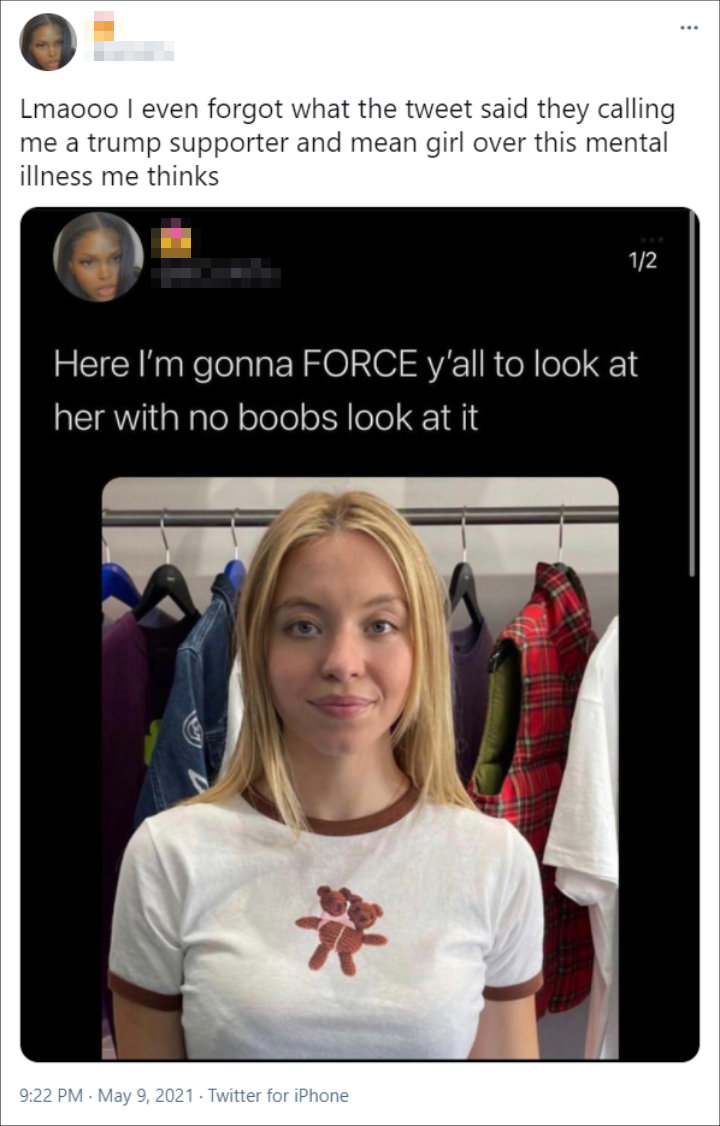 After Sydney’s fans came to her defense, the Twitter troll came out with another mean tweet. On Sunday, May 9, the user wrote, “Lmaooo I even forgot what the tweet said they calling me a trump supporter and mean girl over this mental illness me thinks.”